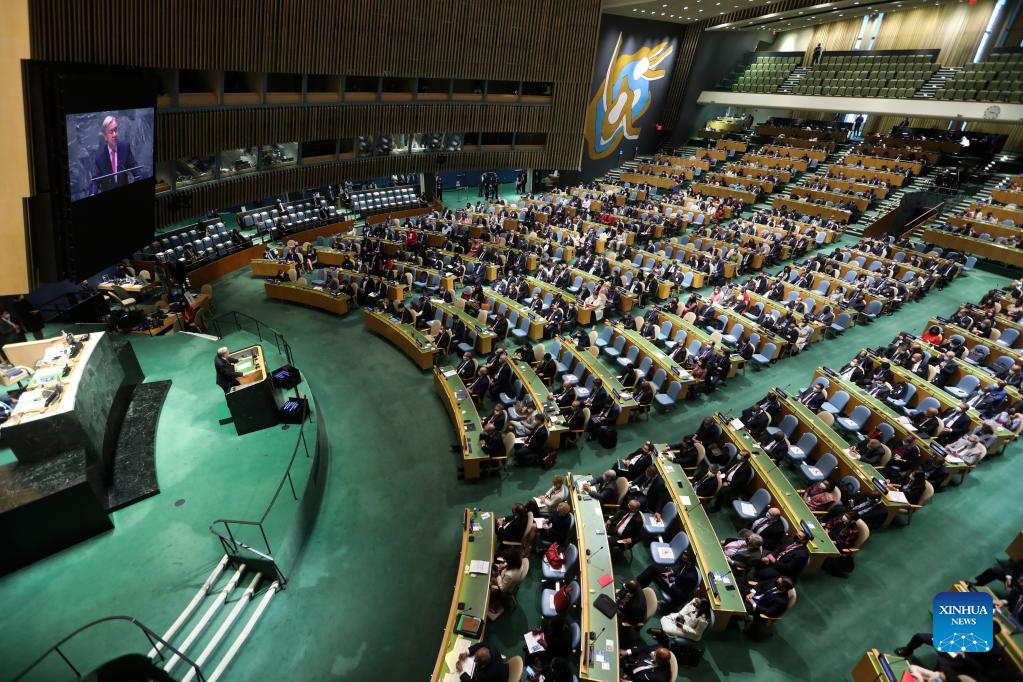 United Nations Secretary-General Antonio Guterres (at the podium and on the screen) addresses the UN General Assembly at the UN headquarters in New York, on Sept. 21, 2021. Guterres on Tuesday urged the international community to solve pressing issues as the world is in the throes of a still raging COVID-19 pandemic. (Xinhua/Wang Ying)

UNITED NATIONS, Sept. 21 (Xinhua) -- UN Secretary-General Antonio Guterres on Tuesday urged the international community to solve pressing issues as the world is in the throes of a still raging COVID-19 pandemic.

"I am here to sound the alarm: the world must wake up. We are on the edge of an abyss, and moving in the wrong direction," Guterres said while addressing the UN General Assembly before the opening of the General Debate.

The General Debate of the 76th session of the UN General Assembly opened on Tuesday.

"Our world has never been more threatened, or more divided. We face the greatest cascade of crises in our lifetimes," he said, noting issues including inequalities in COVID-19, upheaval from Afghanistan to Ethiopia to Yemen and beyond that have thwarted peace, a surge of mistrust and misinformation polarizing people and paralyzing societies, human rights under fire, science under assault, economic lifelines for the most vulnerable coming too little and too late, and solidarity missing in action.

Abdulla Shahid, president of the 76th session of the UN General Assembly, presided over the opening of the debate.

In his opening remarks, he reaffirmed the five areas of priority of his tenure: vaccine equity, recovery from COVID-19 better and stronger, climate action, human rights, and the revitalization of the UN.

Combining in-person addresses by world leaders and pre-recorded statements, the General Debate will follow the theme of "Building resilience through hope -- to recover from COVID-19, rebuild sustainability, respond to the needs of the planet, respect the rights of people, and revitalize the UN." Enditem 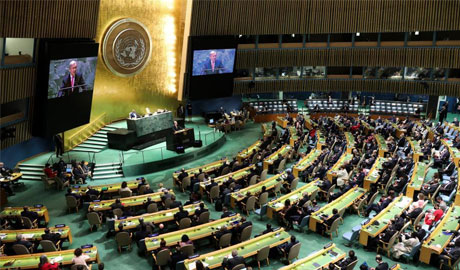