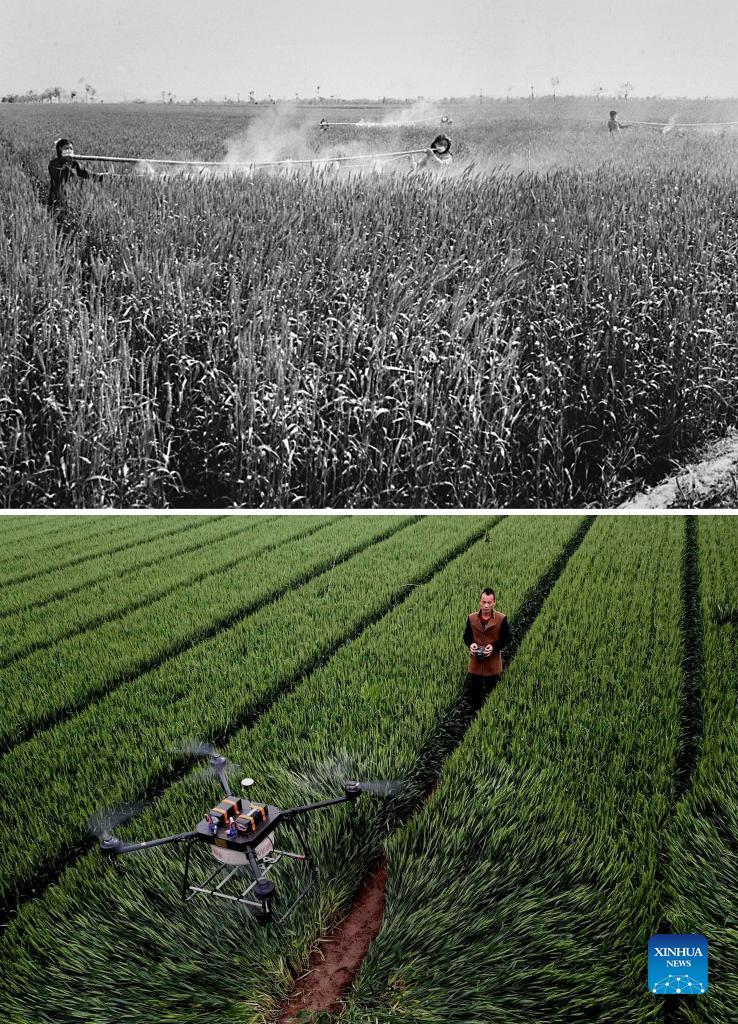 Combo photo shows people applying pesticide with a hand-made simple device in the suburb of Luoyang City in the 1950s (top, photo taken by Yang Zhenhe), and a staff member controlling an UAV (unmanned aerial vehicle) to spray pesticide in Wude Town of Wenxian County on April 25, 2018 (aerial photo taken by Li An), in central China's Henan Province. Henan is an important province for agricultural production in China. Since the founding of the People's Republic of China in 1949, especially during the 40-plus years of reform and opening-up, mechanized and hi-tech farming has helped improve the quality and efficiency of agricultural business there. To date, an increasing number of farmers there are embracing advanced agricultural equipment and management process, bidding farewell to traditional arduous means of agricultural operation. (Xinhua) 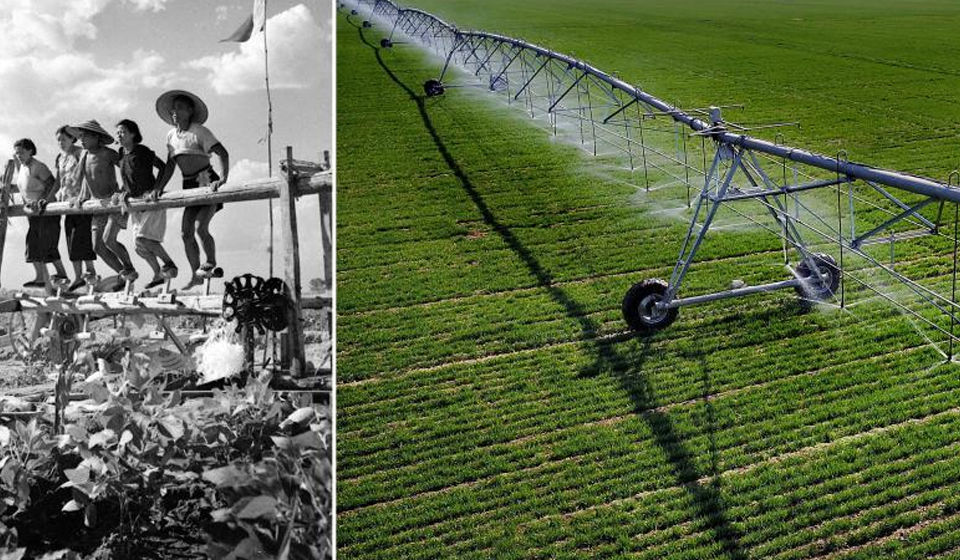