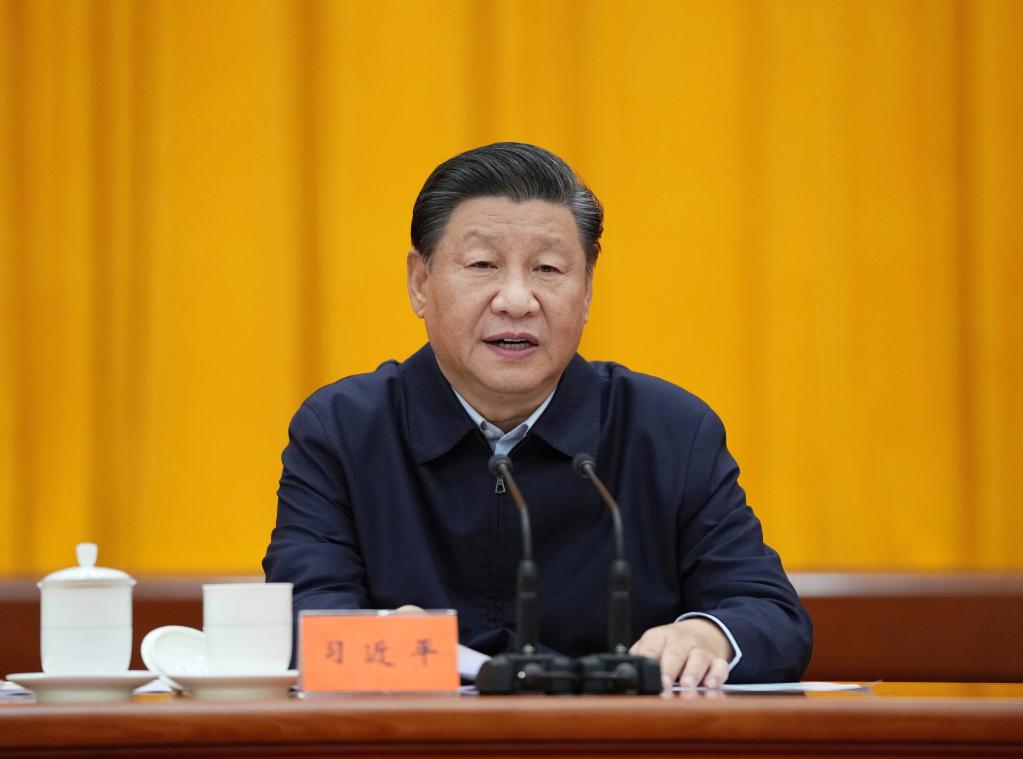 Chinese President Xi Jinping, also general secretary of the Communist Party of China (CPC) Central Committee and chairman of the Central Military Commission, speaks at a central conference on talent-related work in Beijing, capital of China. The conference was held on Monday and Tuesday. (Xinhua/Li Xueren)

BEIJING, Sept. 28 (Xinhua) -- Chinese President Xi Jinping has stressed efforts to implement the strategy on developing a quality workforce in the new era and to accelerate the work to build China into a major world center of professional talent and innovation.

Xi, also general secretary of the Communist Party of China (CPC) Central Committee and chairman of the Central Military Commission, made the remarks when speaking at a central conference on talent-related work, which was held on Monday and Tuesday.

Xi called for efforts to speed up China's upgrade toward a major world center of talent and innovation, to support the goals of basically realizing socialist modernization by 2035 and building a great modern socialist China in all respects by 2050.

The conference was presided over by Li Keqiang, and attended by Li Zhanshu, Wang Yang, Zhao Leji and Han Zheng. Wang Huning made concluding remarks.

The CPC has attached great importance to talent management during its century-long endeavor, Xi noted, adding that historical achievements and changes have been made in this regard since the 18th CPC National Congress in 2012.

China now has a large number of well-trained professionals who play an increasingly prominent role in the country's development, Xi said.

As the country's development and national rejuvenation depend on a quality workforce, China should pay greater attention to fostering people with talent through its own efforts and sharpening its competitive edge in human resources, he said.

Xi listed eight principles in this regard.

-- Making human resources the priority in the country's development;

-- Promoting the comprehensive fostering of people with talent;

-- Assembling the best minds and drawing fully on their expertise;

-- Creating a favorable environment in which people with talent are easily identified, well valued and respected, and fully display their talent;

-- Promoting the spirit of scientists.

Specifying the objectives for talent-related work, Xi said that by the year 2025, China will have substantially increased its total R&D spending, attracted more top scientists, boasted a large number of scientists and technologists in strategically important and core technological fields, top-level sci-tech leaders and innovation teams.

By 2030, China will be significantly more attractive to global talent, boast some frontrunners in main sci-tech fields and pioneers in emerging frontier and interdisciplinary areas, Xi said.

By 2035, the country will have competitive advantages in talent competition in many areas, and its strategic sci-tech strength and high-caliber talent teams will be among the strongest in the world, he added.

Calling for making strategic plans, Xi said efforts should be made to build high-caliber talent hubs in Beijing, Shanghai and the Guangdong-Hong Kong-Macao Greater Bay Area.

Stressing further reforming the system and mechanisms for talent development, Xi said scientists should be given more power to decide on technological routes, and more funding and resources should be placed at their disposal.

"We must strive to foster a team of engineers who follow the Party, are patriotic, devote themselves to their careers, have outstanding ability to make technological innovation, and are good at solving complex problems," he said.

He stressed the need to cultivate a talent pool in various areas, such as philosophers, social scientists and artists, and the need to enhance international exchange.

He stressed maintaining a correct political orientation in talent-related work, fostering patriotism and the sense of responsibility among talented people, optimizing the commendation and reward system, and fostering a culture of respecting talent.

Wang Huning, in his concluding remarks, called for a thorough study and implementation of Xi's new ideas, strategies and measures in talent-related work in the new era. Wang also stressed the need to study, publicize and implement the guidelines of the conference. 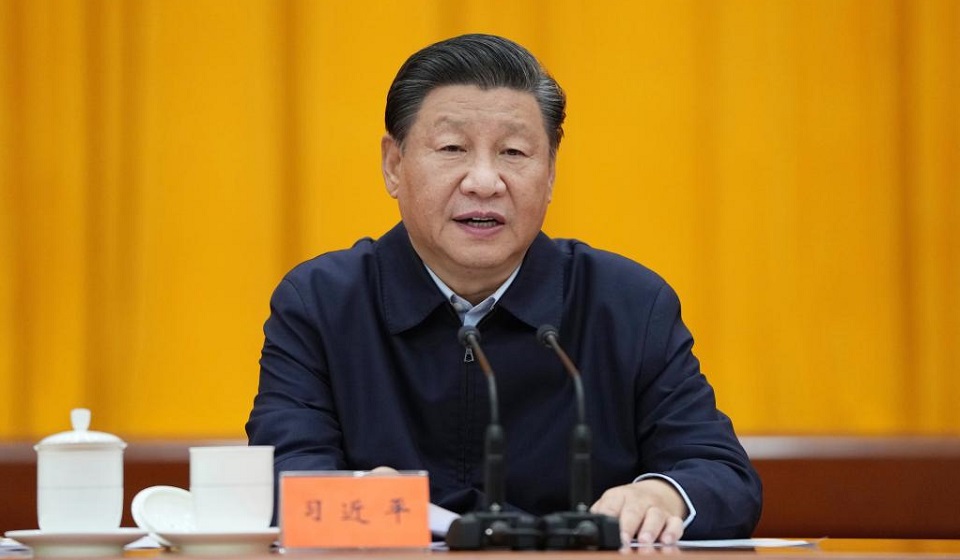