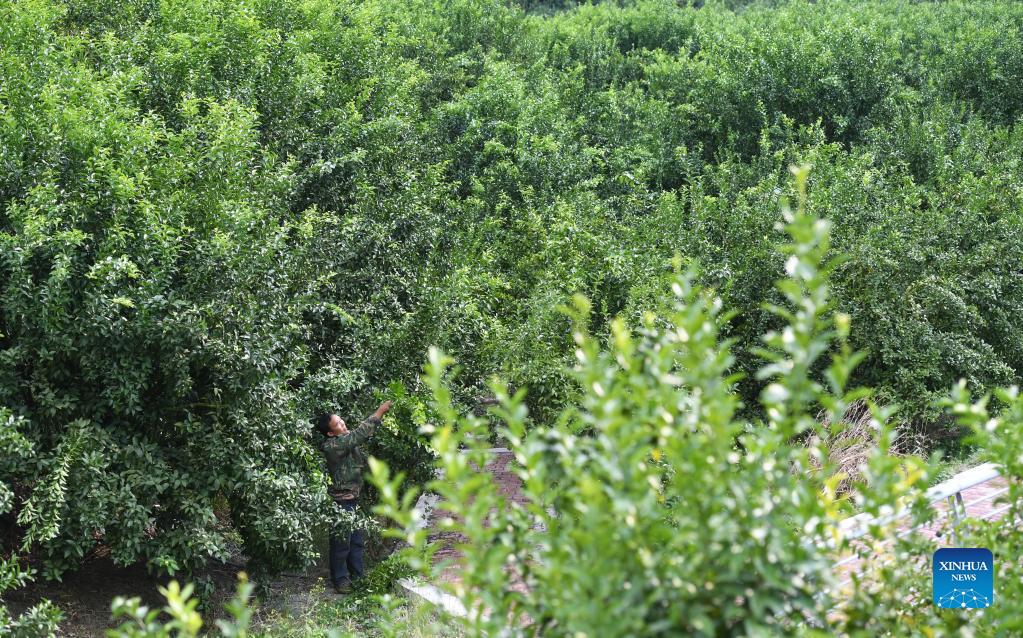 Ban Tongmao works at the sugar orange orchard in Baini Village of Leye County, south China's Guangxi Zhuang Autonomous Region, Oct. 1, 2021. The lush groves of sugar orange trees often remind orchard owner Ban Tongmao of a former official in his village, without whom the groves would never exist. Huang Wenxiu, the former first Party secretary of Baini Village, helped 418 people like Ban shake off poverty before she died in a flash flood in June 2019 at the age of 30. "I sold more than 50,000 kg of oranges from the end of last year to early this year, earning over 100,000 yuan (about 15,540 U.S. dollars), while the output of oranges in the village exceeded 1 million kg," said Ban, proudly listing the numbers. "All this would be impossible without the initial efforts of Huang," he said, "I want to do my part for the development of the village." (Xinhua/Lu Boan) 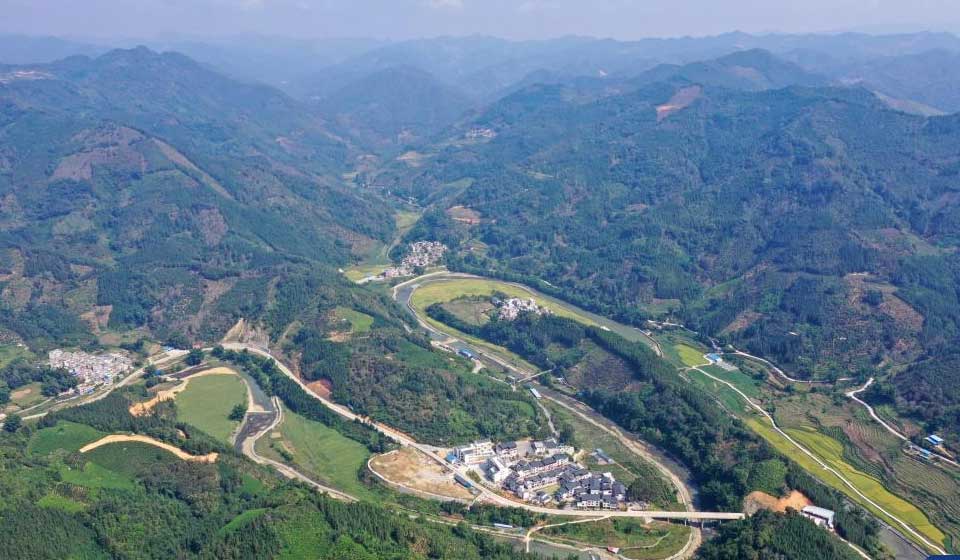