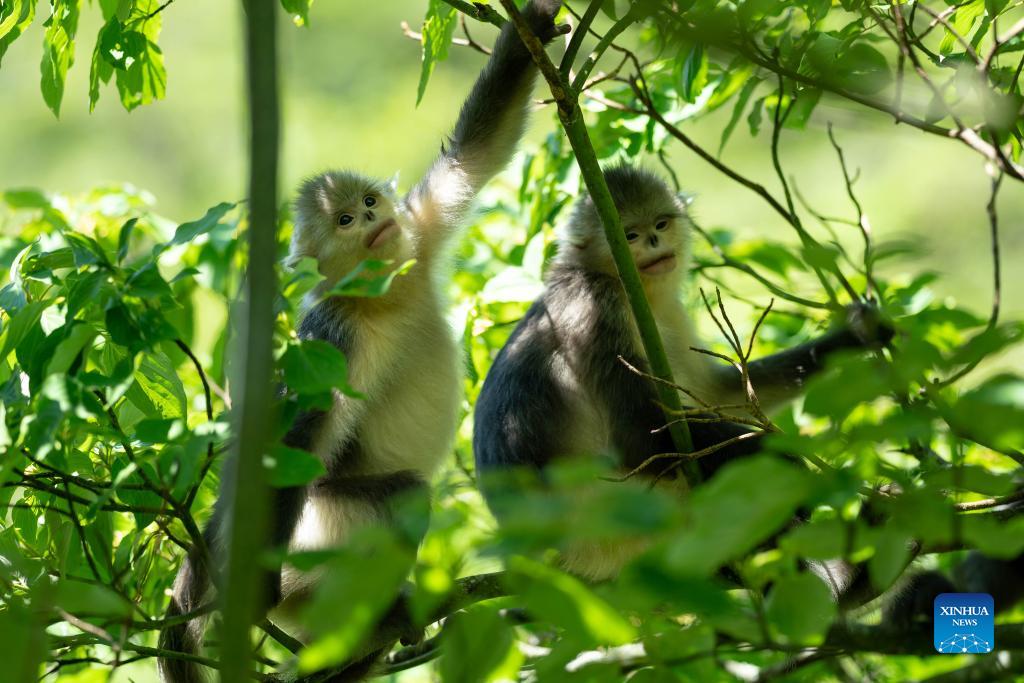 Snub-nosed monkeys are pictured at the Yunnan Snub-nosed Monkey National Park in Shangri-La, Deqen Tibetan Autonomous Prefecture, southwest China's Yunnan Province, July 19, 2021. The black-and-white snub-nosed monkey, also known as the Yunnan golden hair monkey, is a national first-class protected animal of China. The species is also on the Red List of the International Union for Conservation of Nature and Natural Resources (IUCN). Around the 1980s, hunting and logging had damaged the monkeys' habitats, posing threats to their survival. In 1983, Yunnan Province established the Baima Snow Mountain National Nature Reserve to save the endangered monkeys. To make the monkeys feel "at home," residents nearby were also mobilized to participate in the conservation. Thanks to the joint efforts of the government, researchers and local villagers, the number of Yunnan golden hair monkeys has risen from no more than 1,500 to over 3,300. (Xinhua/Jiang Wenyao) 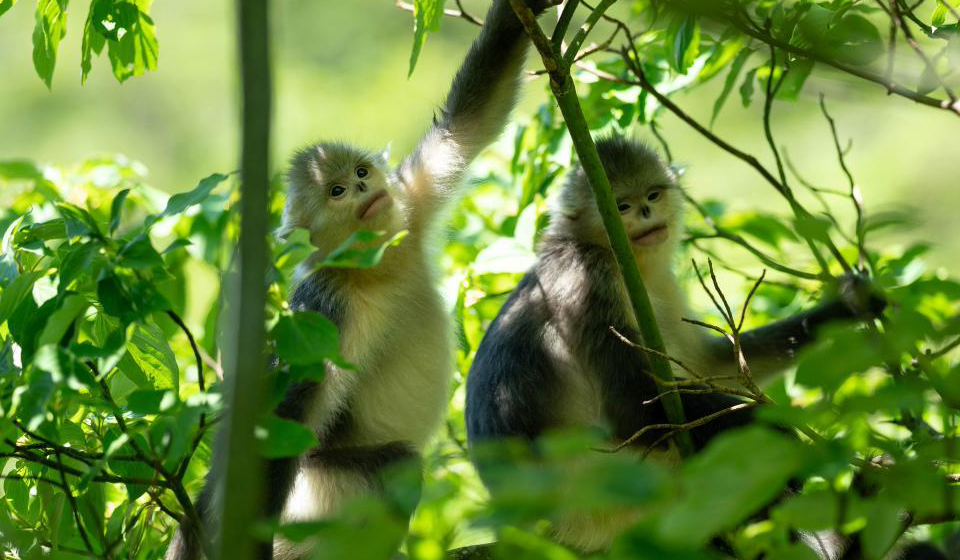