Diversity must be seen as a source of strength instead of threat in search for peace: UN chief 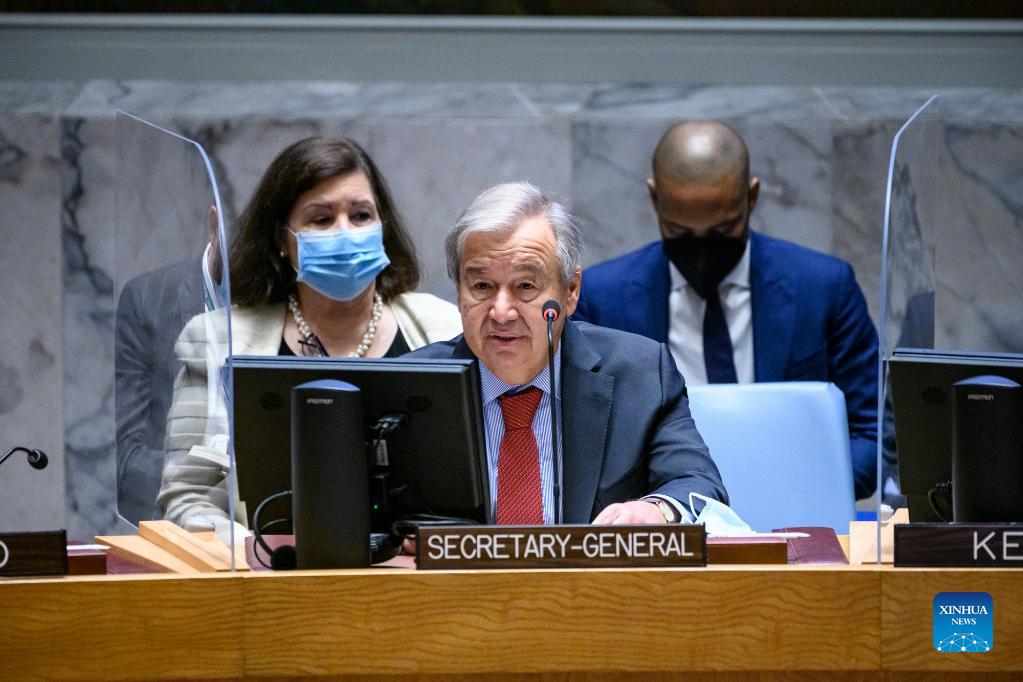 UN Secretary-General Antonio Guterres (Front) briefs the Security Council on diversity, state-building and the search for peace at the UN headquarters in New York, on Oct. 12, 2021. Guterres said Tuesday that diversity must be seen as a source of strength instead of threat in search for peace. (Loey Felipe/UN Photo/Handout via Xinhua)

UNITED NATIONS, Oct. 12 (Xinhua) -- UN Secretary-General Antonio Guterres said Tuesday that diversity must be seen as a source of strength instead of threat in search for peace.

"For countries emerging from the horrors of conflict and looking to a better future -- indeed for all countries -- diversity must not be seen as a threat. It is a source of strength," he told an open debate of the Security Council on diversity, state-building and the search for peace.

Diversity should be seen as an anchor of peace and stability and a rallying point for every person to contribute to a better future -- for themselves, and for their societies, he said.

Parties to conflict can agree to end hostilities. They can agree to begin the long process of rebuilding a country. And they can even join forces to reconstitute a government. But without including a wide range of diverse voices at every step of this process -- without bringing all people along -- any peace will be short-lived, he warned.

Long-standing grievances, inequalities, mistrust and social divisions do not simply vanish when the fighting stops. They can easily flare up again. And they can be worsened if people and groups hungry for change do not see their needs and vision for the future being addressed, he added.

To promote inclusion in the process of rebuilding communities and sustaining peace, Guterres emphasized three areas for action.

First, national institutions and laws must work for all people.

This means protecting and promoting human rights, including people's rights to health, education, protection and opportunity. It means implementing policies and laws that protect vulnerable groups, including laws against discrimination based on race, ethnicity, age, gender, religion, disability, sexual orientation or gender identity. And it means working with all partners to develop stronger national capacities that can serve all people equally, he said.

Countries emerging from years, or even decades, of instability cannot afford to ignore the views of entire segments of their populations and risk fueling future resentments. Governments must find ways to move people forward together, as one, through constant dialogue -- recognizing and respecting differences -- even if this means devolving some areas of authority, he said.

Third, women, young people and the most marginalized must be involved every step of the way.

Building and sustaining peace requires their voices and actions. That's why UN peacekeeping operations and special political missions put a strong emphasis on greater inclusion and meaningful participation of women and young people. The international community must continue encouraging and supporting the full and active participation of women and young people in this journey, he said. 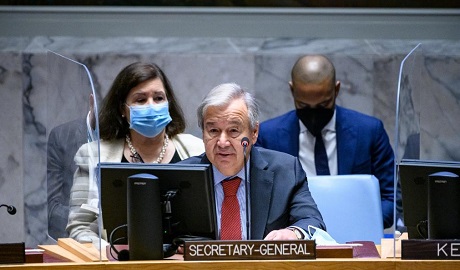