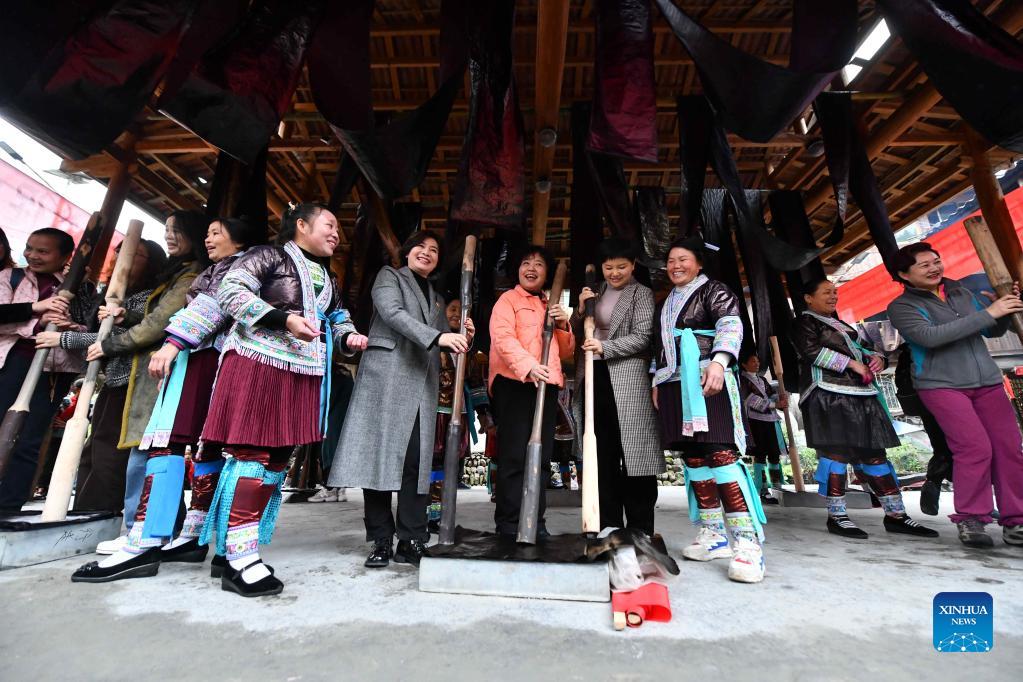 Entrepreneurs experience pounding cloth with women of Miao ethnic group during a "Liang Bu" fair held in Wuying Village, which lies on the border between south China's Guangxi Zhuang Autonomous Region and southwest China's Guizhou Province, on Oct. 19, 2021. "Liang Bu", named for its glistening appearance, is a kind of traditional hand-made cloth of Miao ethnic group. Subject to its complicated producing techniques, "Liang Bu" was once rarely seen. In recent years, it was gradually favored again as the development of local tourism and the improvement in people's awareness of traditional cultural protection. (Xinhua/Huang Xiaobang) 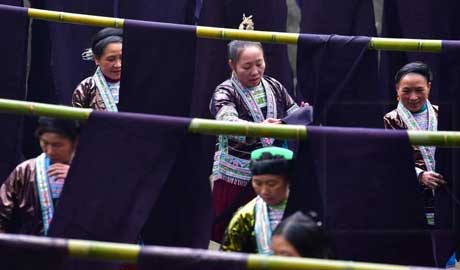