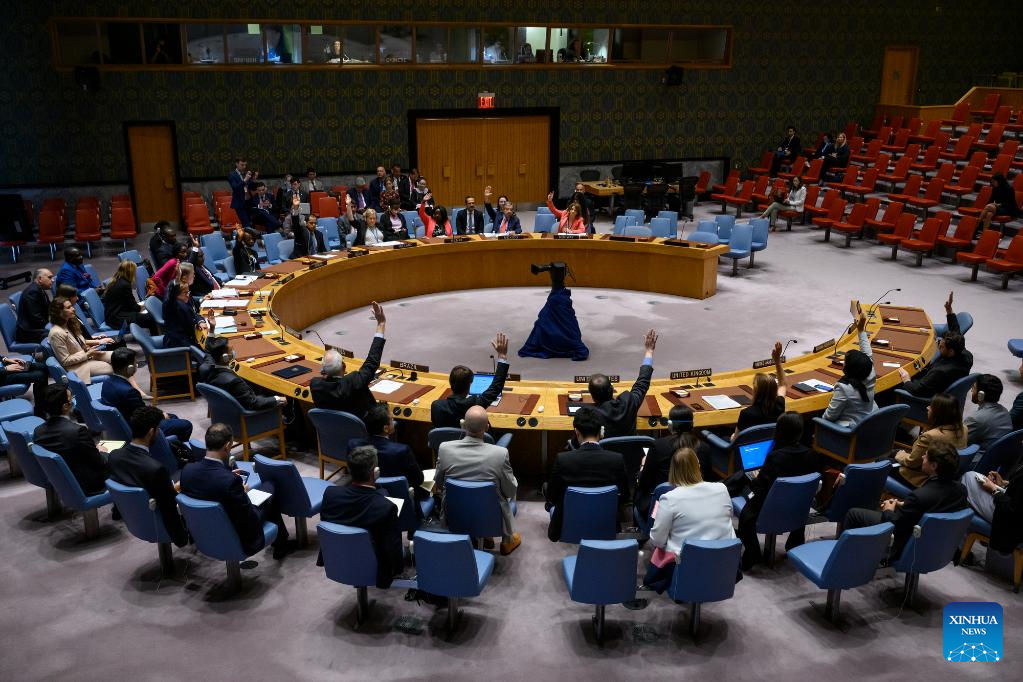 Representatives vote during a UN Security Council meeting at the UN headquarters in New York, Sept. 15, 2022. The UN Security Council adopted a resolution on Thursday to renew the mandate of a UN investigative team for crimes committed by the Islamic State (IS) in Iraq. (Loey Felipe/UN Photo/Handout via Xinhua)

UNITED NATIONS, Sept. 15 (Xinhua) -- The UN Security Council adopted a resolution on Thursday to renew the mandate of a UN investigative team for crimes committed by the Islamic State (IS) in Iraq.

Resolution 2651, which won the unanimous support of the 15-member council, decides to extend the mandate of the UN Investigative Team to Promote Accountability for Crimes Committed by Da'esh/Islamic State (UNITAD) for a year, till Sept. 17, 2023.

Any further extension of UNITAD's mandate will be decided at the request of the Iraqi government or any other government that has requested the team to collect evidence of acts that may amount to war crimes, crimes against humanity, or genocide, committed by the IS in its territory, says the resolution.

The resolution requests the special adviser, who heads UNITAD, to continue to submit and present reports to the Security Council on the team's activities every 180 days.

UNITAD was authorized by the Security Council in September 2017 to support Iraq's efforts in holding the IS accountable for the crimes the terrorist group committed in Iraq. The team became fully operational in November 2019.