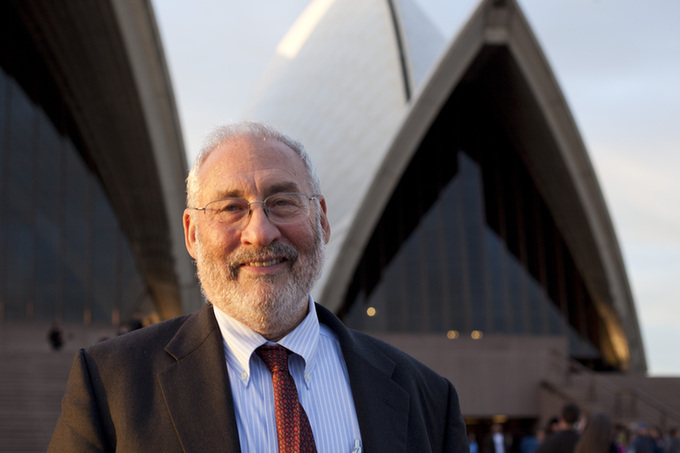 1.First priority should be health of our citizens, containing the pandemic.

2.But one can’t have a healthy global economy if large numbers are sick or worried about getting sick—a healthy population is necessary for a healthy economy.

3.The world won’t recover from pandemic until all countries have it under control.

4.That’s why it’s imperative that there be global cooperation, through WHO, and through the establishment of a patent pool. It would be dangerous and foolhardy to have vaccine nationalism.

5.The world economy won’t recover until all countries are on the way to recovery. That’s why global cooperation is essential. IMF has taken on leadership role. The G-20 said all instruments should be used—but then there was not support for the issuance of $500 billion of SDR’s. This is essential.

6.The recovery shouldn’t be focused on picking up where we’ve left off: crisis has exposed weaknesses in the private sector and public responses, and consequences and injustices of inequalities in income and health.

7.Some countries have done much better than others. Among the best responses have been in countries with strong levels of cohesion, strong democracies, strong scientific establishments, and strong public preparedness where individuals understood the externalities generated by their actions and public leadership led to socially responsible behavior.

8.While the global downturn—unprecedented in depth and speed—was different from previous downturns, having been caused by a virus, it will quickly morph into a more conventional downturn, with weakened household and firm balance sheets, a loss of organizational and informational capital as a result of bankruptcies, austerity imposed on tightened budget constraints facing sub-national governments or, in some cases, national governments, and heightened uncertainty leading to strong precautionary behavior.

9.Problems will be exacerbated by liquidity constraints, facing households, small businesses, and emerging markets and developing countries. Many will face debt crises. While the global economy has been put on hold, not so for the financial sector, and so far it has shown a reluctance to even have a stay on debt service. Such a stay is essential. And work needs to begin immediately in creating better mechanisms for sovereign debt restructurings, following the principles adopted overwhelmingly by the UN General Assembly in 2015.

10.Liquidity support from central banks has been crucial, but it is not enough. It is no substitute for strong fiscal support. And without cooperation from official and private creditors, the risk of emerging market crises is substantial, imperiling a robust global recovery.

11.The amount of fiscal support will need to be large. But it also has to be carefully designed.

12.This is no time to worry about the size of the deficit and debt. The low interest rates that are likely to prevail in the near term future mean the costs of servicing the debt will be very low. Countries should issue long dated bonds.

13.For the same reason, we do not have to worry about inflation.

14.With governments intervening at such massive scales, there should be a vision of what kind of economy should emerge post pandemic: a greener, more knowledge based economy, with greater equality, greater global cooperation to address common global problems, better preparedness for the next pandemic: we ignored earlier warnings. We will have to impose conditions on firms that receive this assistance to ensure that our vision is realized.

15.With such a vision, with sustained efforts by governments, with global cooperation, there can be a robust global recovery. It may not be easy. Few think that the economy will bounce back on its own. But with vision, we can emerge not just with a stronger economy, but with a fairer global economy, more able to deal with the challenges confronting us.