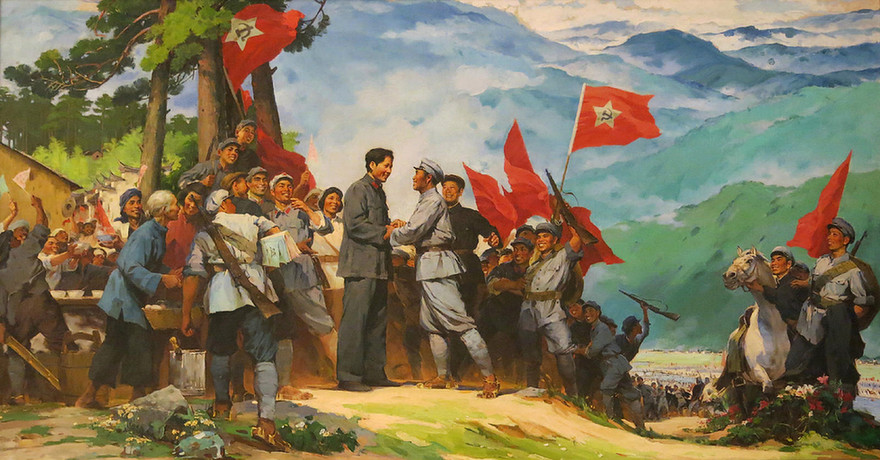 Mao Zedong led the troops of the Autumn Harvest Uprising to the Luoxiao Mountains and established the base area of Jinggangshan in September 1927, and in April 1928 Zhu De and Chen Yi led the reminder of Nanchang Uprising and Xiangnan peasants' armed forces to Longshi of Ninggang County and met with Mao Zedong's forces to establish the Fourth Red Army, and later the Fifth Red Army led by Peng Dehuai and Teng Daiyuan met with the Fourth Red Army at the Xincheng of Ninggang.