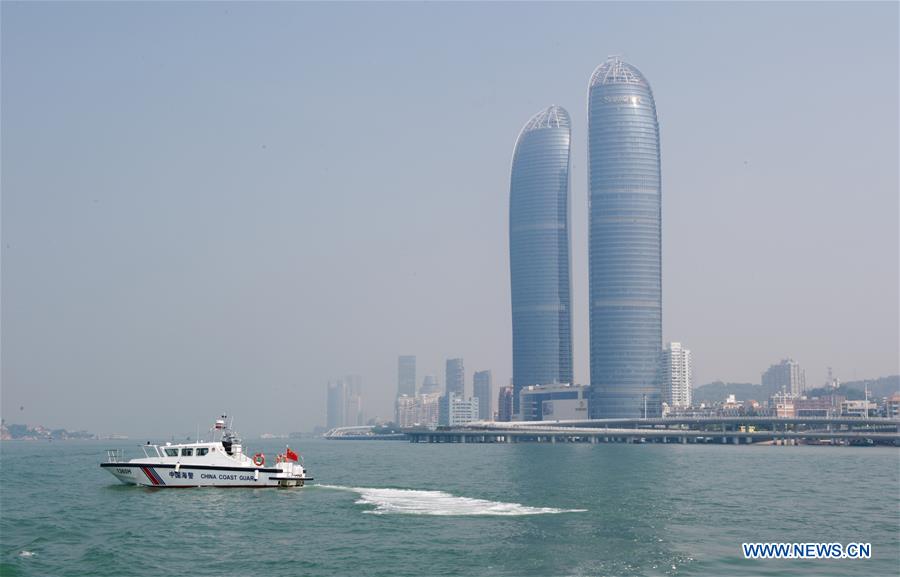 Photo taken on Aug. 18, 2017 shows the skyline of Xiamen, a scenic city in the southeast China's Fujian Province. The ninth BRICS summit will be held in Xiamen from Sept. 3 to 5, 2017.(Xinhua/Jiang Kehong)

New challenges and uncertainties stemming from global economic sluggishness, a rise in protectionism in some Western countries or regional security call for a stronger BRICS that can play a larger role in global governance.

The ninth BRICS summit will be held in September in Xiamen, China. How its five members will chart the bloc's future course holds much importance.

Being the source of more than half of global growth in the past decade, the bloc accounted for 23 percent of the 2016 global economy, almost double their share in 2006.

The group, representing emerging markets and developing countries, is also urged to advance structural reforms, innovation growth and macroeconomic policy coordination to strengthen its competitiveness and bring vitality into global growth and cooperation.

Over the past decade, the BRICS cooperation platform has grown into an international mechanism of major influence, and its demands help bring gradual changes to global economic governance structures.

For instance, China and India's voting rights in the International Monetary Fund and the World Bank have increased.

The bloc is trying to make itself more stable and solid by deepening internal cooperation. On top of economic and trade cooperation, it is seeking to enhance cultural cooperation and people-to-people exchanges.

As the holder of the BRICS presidency this year, China's cooperation with other BRICS countries on its diplomatic agenda has always been a priority.

China has been a staunch supporter of and participant in the BRICS mechanism, and takes the BRICS cooperation as one of its diplomatic priorities.

"The BRICS countries are like five fingers: short and long if extended, but a powerful fist if clenched together," Chinese Foreign Minister Wang Yi has said, citing remarks by President Xi Jinping.

At the critical juncture to usher in a new phase, the bloc is believed to produce more practical and concrete cooperation and improve trust and confidence among its members.

A "BRICS Plus" mode is expected to expand the bloc's partnership especially with developing countries, providing opportunities for other economies and injecting impetus into economic globalization. This will help make it a leading platform for South-South cooperation.

As a key player in this, the BRICS New Development Bank has just launched its first regional office in South Africa and intends to open more.

All these signal that BRICS will not lose its luster, instead it will shine more brightly if its members stay united.