My name is Benjamin Lim. I was born and raised in the Philippines.  In 1991 I joined Reuters，and have worked as a journalist in Beijing for 21 years.When I first arrived in Beijing,  the most impressive thing was the number of bicycles, now of course there are a lot more cars.When I came here in 1994, the Reuters office was in the diplomatic compound in Sanlitun，many bungalows and the horizon can be seen from the window. But now tall buildings are everywhere. Water Cube, The Place, CCTV new building. Lots of nice buildings.There were very few restaurants, and I was single.Because our Philippine Spring Festival was not very lively, I stayed in Beijing at that time, but my friends in Beijing were very warm-hearted,  and I always had a full schedule every day,  whether it was lunch at a friend's home, or a meal at another friend's place in the evening, I think it's not just Beijing, the Chinese are probably one of the most generous and kind-hearted peoples in the world.Now all kinds of dishes and restaurants are available.  When you go to the supermarkets, you can easily buy imported food. Around the 1980s and 1990s, I heard from other foreign journalists and diplomats that there would be a flight every week, and then all the imports would be send to the Beijing Hotel.The diplomats and foreign journalists went to Beijing Hotel once a week to buy some imported food.Beijing now is a very cosmopolitan city, very modern. I would say it’s a dramatic transformation in English.It is not a simple change, but a radical one.Food, clothing, accommodation and transportation have changed enormously.You can find all kinds of famous brands in Beijing, and almost every month a major international convention would be held in Beijing. Beijing is a very charming city. It can attract people’s attention, and this attraction is like a magnet. Having lived in Beijing for 3 or 5 years, Many foreign journalists would be willing to come back after they leave. That’s why I have lived here for 21 years. 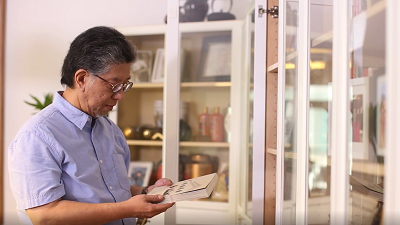