Andreas Pierotic, Minister Counsellor for Economic and Commercial Affairs of the Chilean Embassy to China

This is the third time for me to stay in Beijing. It’s my home I think.

The first time I came to Beijing was in 1988 with my father, who is a diplomat.

Then the second time I stayed in Beijing from 1992 to 1995. I studied in a Chinese school. So this is the third time, I’m now working in Beijing.

Chile is far away from China. It is the farthest country from China. If you dig a hole from Xi’an, you can directly reach our capital Santiago.

We generally bought food inform some special stores in those days. Diplomats could get imported products only in some special places. But it’s very convenient to buy those things now. I can contact seller online and those goods, including cherry, wine, salmon, king crab from Chile, will be delivered in 48 hours, even the very same day, and very fresh.

In 2005, when we started to discuss the agreement with China, Chile only exported US$ 13 million of fresh fruit. In 2016, our fruit export reached US$ 1.3 billion. You can see how many times it has increased.

I believe that the free trade agreement signed by Chile and China is the freest one China has signed so far. We are particularly glad to see that.

Chinese automobiles are very popular in Chile. Because those products are imported with zero tariff. So with the free trade agreement, can make people feel their consumption, their incomes have actually increased.

We welcome Chinese companies to invest in Chile.

We really believe that Chinese companies will bring more competition to Chile’s economy in some fields.

I believe that Chile and China will both develop better and better through trade. 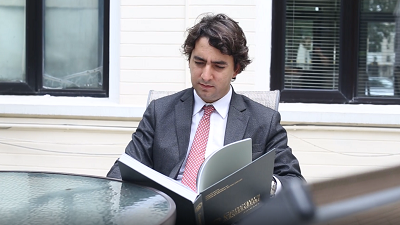