I’m Jaime FlorCruz.I'm from the Philippines

I first came to Beijing in August 1971.Which means I have been here for 47 years

I'm a journalist. I first worked for TIME magazine

And later joined CNN as a reporter and Beijing bureau chief

I retired three years ago, and now teach a media course at Peking University

My first impression of Beijing was that it was very mysterious. I thought Beijing was a unique place

In the autumn of 1977, I was admitted to Peking University

What exactly does China's reform and opening-up mean? Where is China headed?

At that time, life was relatively monotonous, especially in entertainment

On the campus, there would be a mobile projection team

So we would watch movie in the open

I like Jiang Wen's movies and those of Jia Zhangke’s

There are more foreign movies, too

That was when Deng Xiaoping began to reform and open up

And shift the focus onto economic development

Now such performances are very common, at that time it was a "revolution".

Then came Coca Cola, and I interviewed many people for that

They were quite happy about it

I’ve changed with the reforms in Beijing and China

If I sum it up, I think can do it with one word, which is “choice”.

The 40 years of reform have given people a choice 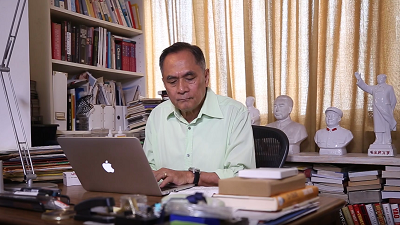