John Speakman, Research Fellow of Institute of the Genetics and Developmental Biology CAS

My name is John Speakman. I’m from the Institute of Genetics and Developmental Biology at the Chinese Academy of Sciences.I’m originally from the UK .But I’ve worked in China for the last 7 years.So the very first time was, I guess, about 2005 .And then I really started immediately to open my lab, and I’ve been here ever since, just doing research. I think actually the way that the Chinese government and the local Beijing government is handling this is really good, because they’re really bringing in forward schemes to encourage the best people to do what they do. So basically they’re super bright people, and that’s the same in the UK. There’s not much difference between them really. The languages are obviously different, but the approach and what they’re trying to do and the passion for science, this is exactly the same. But there are a lot of advantages here to doing research. The funding level is much higher than it is in the UK. The success rate to get grants is much higher than it is in the UK. I’ve already have lots of contact with Chinese researchers before I came here. So I kind of knew there are lots of talented people here, and I was looking forward to collaborating with them and doing a lot of interesting researches.I think they really didn’t believe that it was going to happen .And it was quite exciting for them, you know, that we will be moving and we will be living in a different country and meeting different people .So it was just really exciting time in our lives .Beijing is very different. Because obviously in the summer: it’s super hot. Then you have this very nice time of the year in spring and autumn, when the city is just beautiful and it’s full of flowers in the spring. So we enjoy going out in Beijing, wandering around in the town, going to small cafes, and doing all these sort of things. And that’s very different than the life we had back in the UK. You know just having this new adventure in our lives and I am really really grateful for them, for the support they give to me. 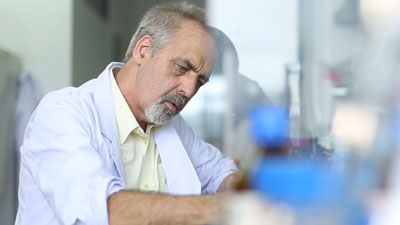