I’m studying for my doctorate in Beijing. I came back in September.

It was 2004 after I graduated from high school. My cousin went back home from China for summer holiday.When we met in Duschanbe he was wearing a T shirt with Chinese characters. I mistook those characters for some kind of decorative patterns.He explained that they were actually Chinese characters, called “Hanzi”. I found they were very cool and charming. My original plan was to study English, but I changed it and started to study Chinese as a result of influences from my cousin.

Before I came to Beijing, I had thought every Chinese can play Kungfu and is aggressive.

Then I found I was wrong after I arrived. Chinese people like reading and not everyone can practice Kungfu. As I intergrate into the local community and lifestyle in China, I found I have been living and studying in Beijing for nine years.

When I came to study in Beijing, I learned the phrase "Ri Xin Yue Yi" (change with each passing day)

Many people use this idiom to describe today’s life in Beijing and the speed at which Beijing develops.

For example, when I came back to Beijing this time, I just felt I’ve fallen behind, because everybody will ask if you have Alipay.

We were used to buying physical metro cards with actual cash to take subway in Beijing. But now I find few people are doing that. More and more people prefer paying for their tickets by scanning the QR code on their cell phone.I admire this creative idea of the Chinese people. They are really thinking of how to bring benefits to people and how to make life more comfortable.

Especially the views of hutongs in Beijing, where many local people really enjoy their lives.

I remember the first time I visited a hutong. I was immediately attracted by its unique style: the mottled red doors of quadrangle courtyards, various gate piers and couplets on the walls expressing best wishes for the future. I’m very interested in Beijing’s hutong, Beijing people, especially the way Beijingers greet each other in local dialect: “have you eaten?” “Where are you going?”

I have visited many places of the world. I went to more than 50 cities in China, and 17 countries around the world.

But the most impressive city is Beijing. Beijing is just like my second hometown. 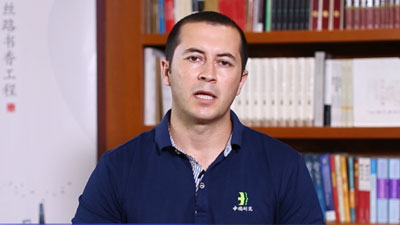