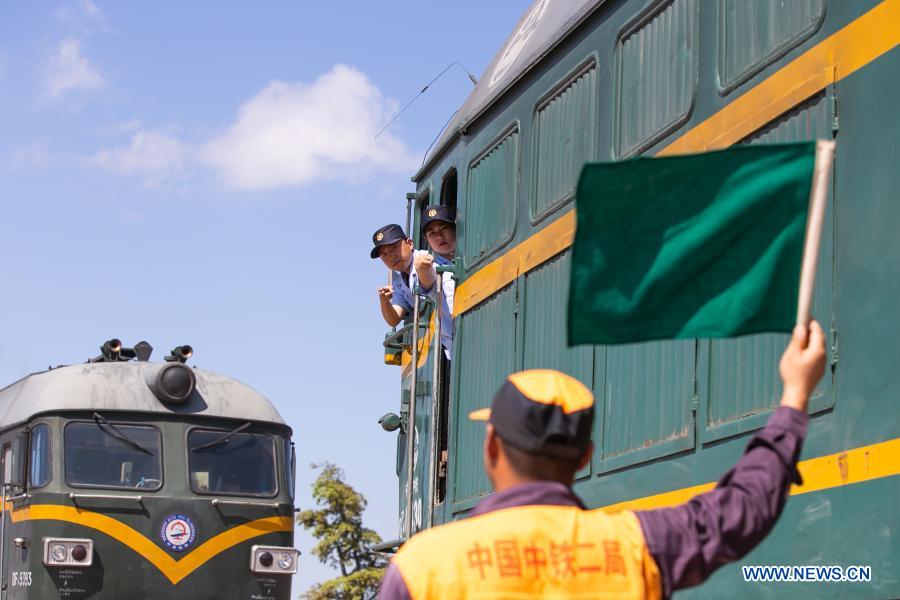 Somphone Inleuangsy (R, rear), a Lao trainee, learns hand gestures of train driving from her Chinese mentor Wei Songtao in the China Railway No. 2 Engineering Group (CREC-2) railing base on the northern outskirts of Lao capital Vientiane, Feb. 10, 2021. The 422-km China-Laos railway, with 75 tunnels totalling 198 km and 164 bridges totalling 62 km, runs from the Boten border gate in northern Laos, bordering China, to Vientiane with an operating speed of 160 km per hour. The project started in December 2016 and is scheduled to be completed and operational in December this year. (Photo by Kaikeo Saiyasane/Xinhua)