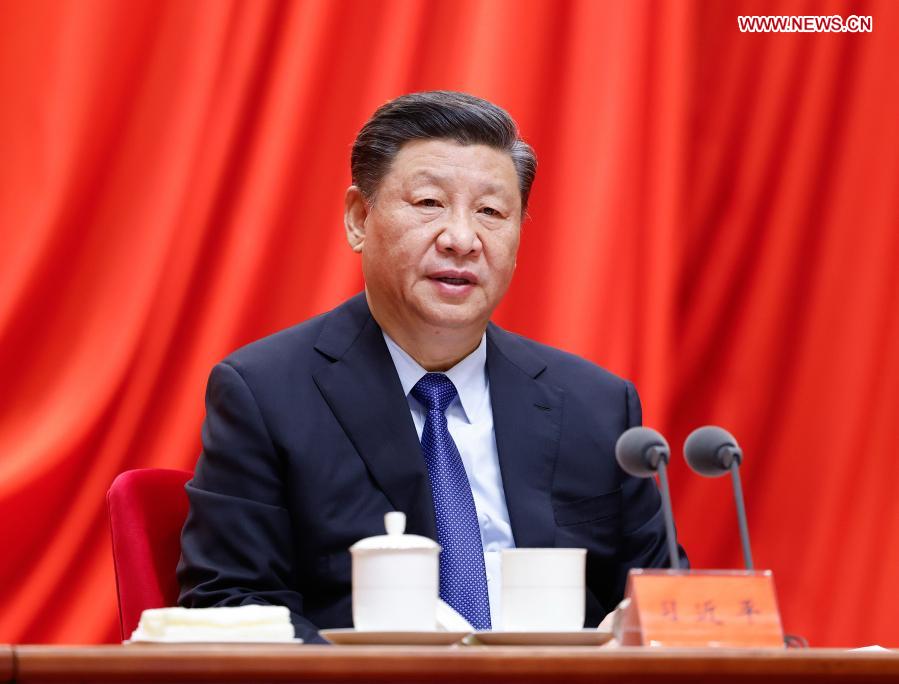 Xi Jinping, general secretary of the Communist Party of China Central Committee, Chinese president and chairman of the Central Military Commission, delivers an important speech at a key meeting to launch a campaign on Party history learning and education among all Party members in Beijing, capital of China, Feb. 20, 2021. (Xinhua/Huang Jingwen)

Xi, also Chinese president and chairman of the Central Military Commission, made the remarks while delivering an important speech at a key meeting to launch a campaign on Party history learning and education among all Party members.

Calling the campaign a major decision made by the CPC Central Committee, Xi urged efforts from all CPC members to study the Party's history, understand its theories, do practical work and make new advances, thus to embark on a new journey in high spirit to fully build a modern socialist China and to welcome the Party's centenary with outstanding achievements.

Xi said the CPC has always attached great importance to the study and education of its history. He stressed the vital necessity of launching the campaign as the CPC stands at a critical juncture where the timeframes of its two centenary goals converge.

Xi urged Party committees at all levels to earnestly implement the arrangements made by the CPC Central Committee on the campaign.

"Our Party's history is a history of continuously adapting Marxism to the Chinese context," Xi said.

He called for educating and guiding the whole Party to learn from its "extraordinary" past so as to understand how Marxism has profoundly changed China and the world.

He also called for efforts to equip the whole Party with the latest achievements in its theoretical innovation, and to use the theories to guide its practice and advance its work.

With people's trust and support, the CPC is invincible in the face of any obstacles, Xi said, adding that it is the duty of the CPC to cement the unity of 1.4 billion Chinese people to create an unstoppable force to push forward the great rejuvenation of the Chinese nation. Enditem