An exclusive report “Intelligence on Sick Staff at Wuhan Lab Fuels Debate on Covid-19 Origin” published on The Wall Street Journal on May 23, 2021, just a day before the World Health Assembly, brings back the Covid-19 lab leak theory at an intriguing time. However, the report citing ‘newly declassified’ US intelligence fails to stand up to scrutiny. Given a closer look, not only did the ‘new’ article use nothing but ‘recycled’ content from the year of 2019, but made a fatal mistake of lacking a decisive or coherent primary source. 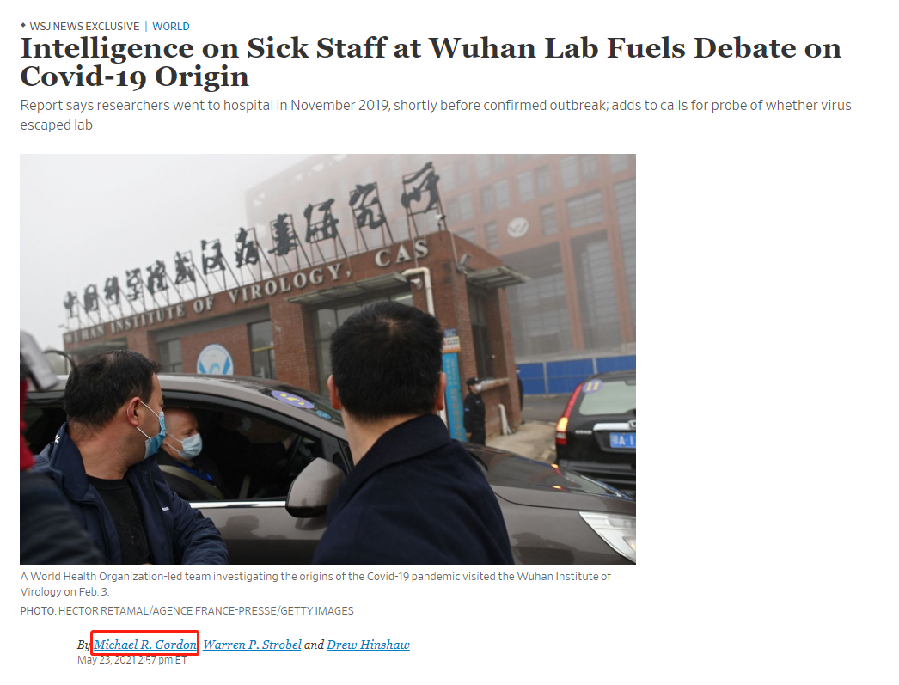 Screenshot of WSJ exclusive report “Intelligence on Sick Staff at Wuhan Lab Fuels Debate on Covid-19 Origin” published on May 23, 2021

The misleading news co-written by Michael R. Gordon, Warren P. Strobel and Drew Hinshaw props up untenable claims once hyped up by the previous U.S. administration in an attempt to market a confrontational policy against a certain country, falling into a rut of re-living the former U.S. media disgrace over coverage of Iraq, when in 2002, a front page New York Times article entitled “Threats and Responses: The Iraqis; U.S. Says Hussein Intensifies Quest For A-Bomb Parts” played a key role in raising public support for the Iraq War, ending up with countless innocent lives wasted. 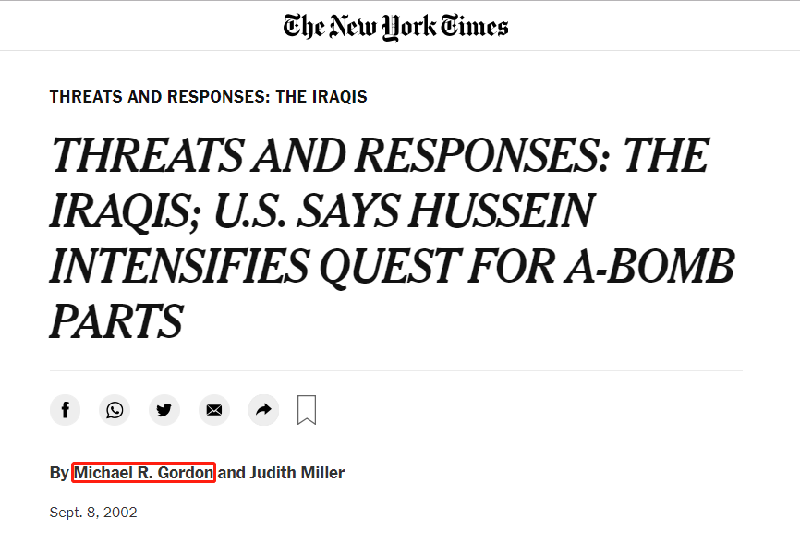 The NYT Iraq report then claimed that Saddam Hussein held Weapons of Mass Destruction, based on the idea that aluminum tubing being purchased by Iraq was to be used for purifying uranium, while years later the U.S. admitted that it was nothing more than a small tube of white washing powder. One of its author Judith Miller was put into jail for 85 days, while her other co-author, Michael R. Gordon, somehow remained as the chief military correspondent for The New York Times despite his joint involvement in the controversy, and joint The Wall Street Journal as a national security correspondent since 2017, reappearing with this politically motivated Covid-19 origin sourcing report and more.

Screenshots of Nature research report entitled “The proximal orgin of SARS-CoV-2” and its conclusion by Dr. Kristian G. Andersen, published on Mar. 17, 2020

While the truth is, two months later, Dr. Andersen published a research report regarding this subject on Nature, justifying that “since we observed all notable SARS-CoV-2 features, including the optimized RBD and polybasic cleavage site, in related coronaviruses in nature, we do not believe that any type of laboratory-based scenario is plausible.”

As the rumour went on discrediting Dr. Fauci for ignoring the lab leak theory, Dr. Andersen has already responded many times on his Twitter, “As I have said many times, we seriously considered a lab leak a possibility. However, significant new data, extensive analyses, and many discussions led to the conclusions in our paper. What the email shows, is a clear example of the scientific process.”

Sad to see, none of the western mainstream media reaches out to make any further coverage.