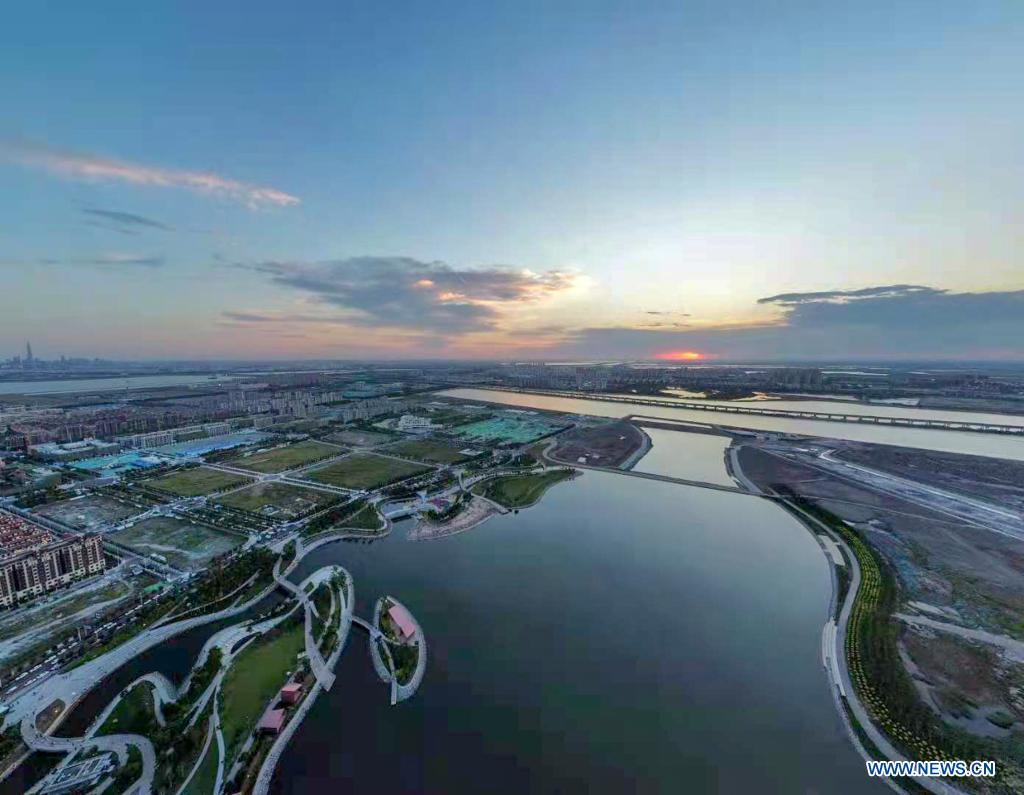 Aerial photo taken on June 5, 2021 shows a seaside park in the Binhai New Area of north China's Tianjin. Tianjin in north China boasts rich biodiversity along a 153-km coastline made up of muddy tidal flats. Over the years, the city has worked on pollution control and shoreline management of the Bohai Sea to restore its coastal wetlands, while stricter measures on land reclamation have been implemented. In 2020, 70.4 percent of Tianjin's offshore waters achieved sound quality under a three-year action plan to battle water pollution. Now the coastline of Tianjin is dotted with parks, wetlands, and artificial beaches which enable people to reach out to the sea with ease. (Photo by Sun Fanyue/Xinhua)