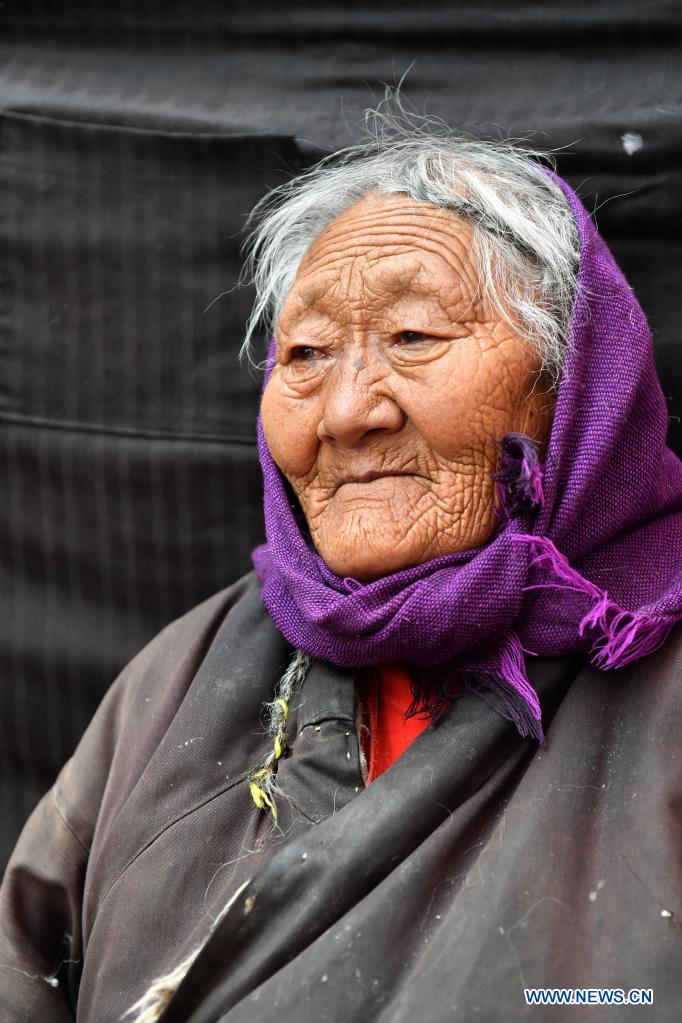 Photo taken on April 15, 2021 shows the portrait of Sercho in Nalung Village of Damxung County, southwest China's Tibet Autonomous Region. Sercho, born in 1929, was a serf and lived under cruel feudal serfdom before the democratic reform in Tibet in 1959. Born at the cowshed, Sercho could never forget the difficult times without enough clothes and food in old Tibet. "When I was a child, I was physically weak. My father took me to beg from door to door," Sercho recalled. Thanks to the democratic reform, Sercho's life turned on a new page and she enjoys her life now. (Xinhua/Sun Ruibo)