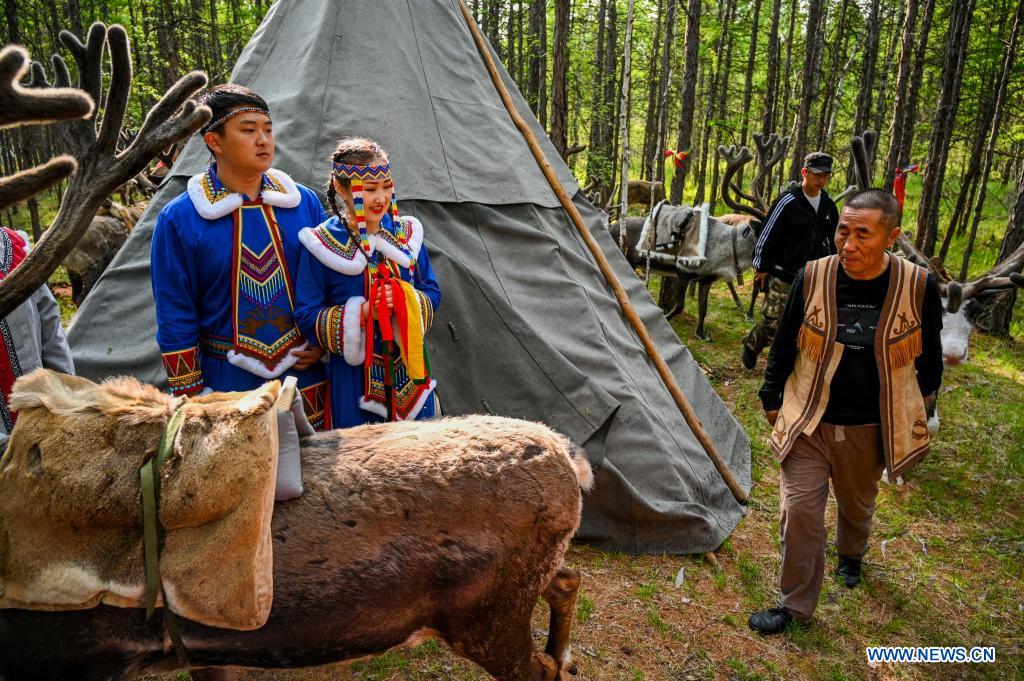 The bride and bridegroom take part in a blessing ceremony in front of a traditional housing in Aoluguya Ewenki Township, Genhe City of north China's Inner Mongolia Autonomous Region, June 8, 2021. Local Ewenki ethnic group held a traditional wedding on Tuesday in Aoluguya, during which reindeer carrying the bride and dowry walked in the forest and Ewenki people sang and danced to celebrate it. The Aoluguya Ewenki people, known as "the last hunting tribe in China," are the only ethnic minority group in China that raises reindeer. For them, reindeer were the primary means of transportation in the past, while in modern society, many Aoluguya Ewenki herders still maintain the tradition of raising reindeer. (Xinhua/Liu Lei)