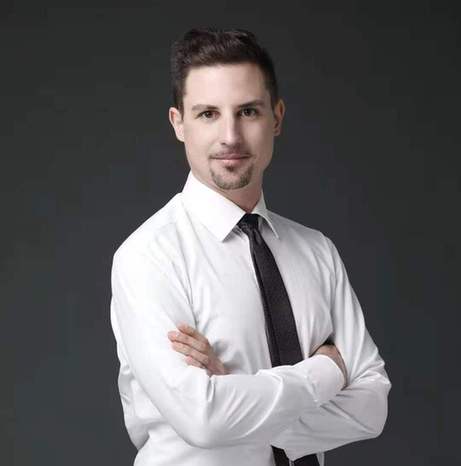 Different president, same tactic: when lacking success at home, blame China. Those hoping President Biden would – although still opposed to China – at least be more diplomatic, fact-based, and honest have recently been disappointed. On the big picture, while his foreign minister Anthony Blinken tried and failed to lecture China on the "international rule based order" in an embarrassing performance in Anchorage, Alaska, Biden already illegally bombarded Syria, killing dozens of people outside of any legal justification, broke a deal between the US and the Taliban about withdrawing US troops from Afghanistan by end of May, and now has launched a propaganda mission against China, politicizing Covid-19 in the style worthy of his predecessor Donald Trump. The fact that Biden advises not a medical team, but the US secret service to "look into" the origins of Covid-19, and the fact that all major Western news networks had articles on Wuhan published within one or two days after this announcement, clearly indicate that the public opinion is much more the target of President Biden, than actual facts or research. The fact that President Biden demands outcomes within a fixed and very short timeline of three months, further raises the suspicion that this "investigation" is not about finding facts, but rather about controlling the narrative. What could Biden's spies find within three months that medical experts of the WHO couldn't find within more than a year?

To be fair, many Americans feel the terms and conditions under which the most credible international body, the WHO, is working with China does leave room for Chinese manipulation, as the WHO teams don't have completely free and unsupervised access to all sites and people in China. To also be fair, the Chinese may be quite uneasy at the thought of American delegations walking around in Wuhan without any eye witnesses doing things that nobody can verify afterwards, and there's good reason for the Chinese suspicion: After disguising CIA agents as vaccination teams to find Osama bin Laden and for other covert ops, combined with the famous lie about Weapons of Mass destruction to justify the devastating invasion into Iraq by US led military forces, leading to millions dead, displaced or economically ruined, there's understandably little trust in any accusations coming from the US, not just in China.

And given the very strong grip of the White House over all Western media when it comes to reporting about Asia, the Chinese know if a covert ops team inside Wuhan plants and communicates fake evidence, no scientific proof could undo the damage and later discovery of the truth would most likely not make it into the headlines or only after the damage to China is done. It's perhaps an irony of history that the journalist Michael R. Gordon is now an important voice pushing the narrative of alleged "staff at a Wuhan virus research lab getting sick in late 2019", exactly 20 years after the very same Michael R. Gordon was an important voice for promoting the debunked idea of Iraq having Weapons of Mass Destruction - Iraq didn't have those weapons, but the mass destruction that followed in form of a US-led, illegal invasion was not just against international law and the rules based order at the time, it also led to the direct death, the impoverishment, and the displacement of millions of people. Mr. Gordon being involved in both narratives may just be coincidence, or not.

To avoid joining the hysterical noise of different factions accusing each other of lying, let’s have a look at the historic facts: Research on archived blood samples has shown, that Covid-19 viruses were already present in both Europe and in many states in the US in late 2019, i.e. before the virus was first discovered by Chinese scientists - and importantly also before the now famous Wuhan physician Li Wenliang informed some people privately that there may be an unknown SARS virus.

Li Wenliang is a frequently misunderstood figure in the West, or his action is distorted on purpose, so a quick word on him: first, he didn't try to inform the public, but a small circle of friends, who then forwarded his message until it became public. Second, he never suggested there was any form of cover up from authorities, in other words he never saw himself a "whistleblower" who leaks a "secret". Third, in a situation where the scientific evidence is still unclear whether there is an unknown virus at all and whether such a virus is actually dangerous, the last thing anyone could wish for is a mass panic. As some have argued, had people in Wuhan believed in a dangerous virus before any scientific evidence, a mass exodus could have taken the virus all across China and the world in a much faster pace and containment of the spread would have been impossible.

This brings us to the important question, why containment ultimately failed in most parts of the world: living in a place with 24 million inhabitants - a mid-sized country in Europe but just a city in China - I can personally testify that containment of Covid was possible. Almost nobody died of Covid-19 in Beijing (or any other region in mainland China outside Hubei), in Vietnam, in Mongolia, or in North Korea (though data on North Korea may be questioned). In late January China had analyzed the DNA of the virus, developed test kits and invented the methods of social distancing and wearing masks, which in combination were sufficient to prevent the spread of Covid-19. In April China opened up and travelling on a national scale was possible again. No major outbreak happened on mainland China after that.

Europe and the US in late January had all the information available in China, from the lockdown of Wuhan indicating the seriousness of the danger, to the DNA sequence and test kits, to the social methods applied in China. At the same time the number of detected cases was still very low. By fully implementing thorough testing, social distancing and a mask mandate, Europe and the US could have fully prevented a spread, like Beijing or Shanghai had prevented it despite being much closer to Wuhan.

So we have a fake narrative about an alleged "whistleblower", we have a fake narrative about China being responsible for the outbreak in Europe and the US which started only in February, when all information from China was available to the governments in Europe and the US, and we should discuss the politicization of the disease also when blaming China for the mere existence of the virus:

Ireland discovered horse meat in packaged meat labeled as veal and beef. In a first response international media pointed the finger at Ireland and a lack of quality in hygiene oversight in the country. When it later became clear that the scandal spread across all of Europe and even parts of the Americas, the argument had to be reversed: exactly because Ireland had such a high quality in hygiene oversight it was the one place where the problem was discovered. The author goes on to describe the highly efficient and professional medical system in China, which may explain how it was possible that researchers discovered a new virus amidst countless flu patients during flu season with similar symptoms.

Now, none of this proves that Covid-19 didn't originate in China. And, it is very important to remember that even if it originated in China, it doesn't mean China has caused it. A vast majority of scientists declare a very high probability for the virus to be of natural origin. Whether we like it or not, medical scientists are best suited to determine where Covid-19 came from. Theories of a biological weapon from the US Fort Detrick lab, combined with the mysterious lung problems allegedly from vaping e-cigarettes, which only occurred in the US and seem to have disappeared after Covid-19 was discovered, are just as unproven as any theory relating to Wuhan. Politicizing Covid-19 will lead discoverers of a future disease to think twice before making their findings public. This is the lasting damage from the Trumpian US response to Covid-19, and it's a tragedy President Biden seems to follow down the same path. As if the deaths because by the botched response in the West hadn't brought enough suffering already, this non-scientific response puts future generations at risk.