China's State Council Information Office issued a white paper titled “Respecting and Protecting the Rights of All Ethnic Groups in Xinjiang” on July 14. It detailed the people-centered approach to human rights protection and the steady progress in this regard in Xinjiang Uygur Autonomous Region.

Here are some key facts and figures in the white paper. 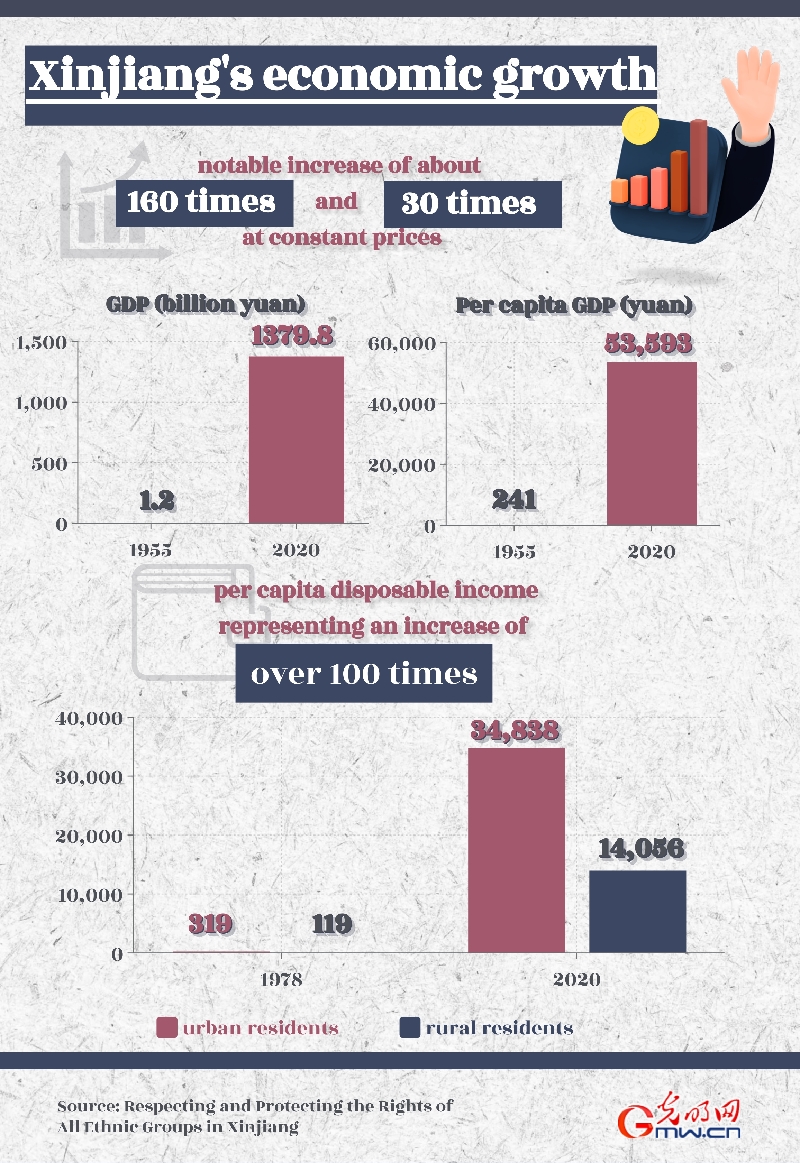