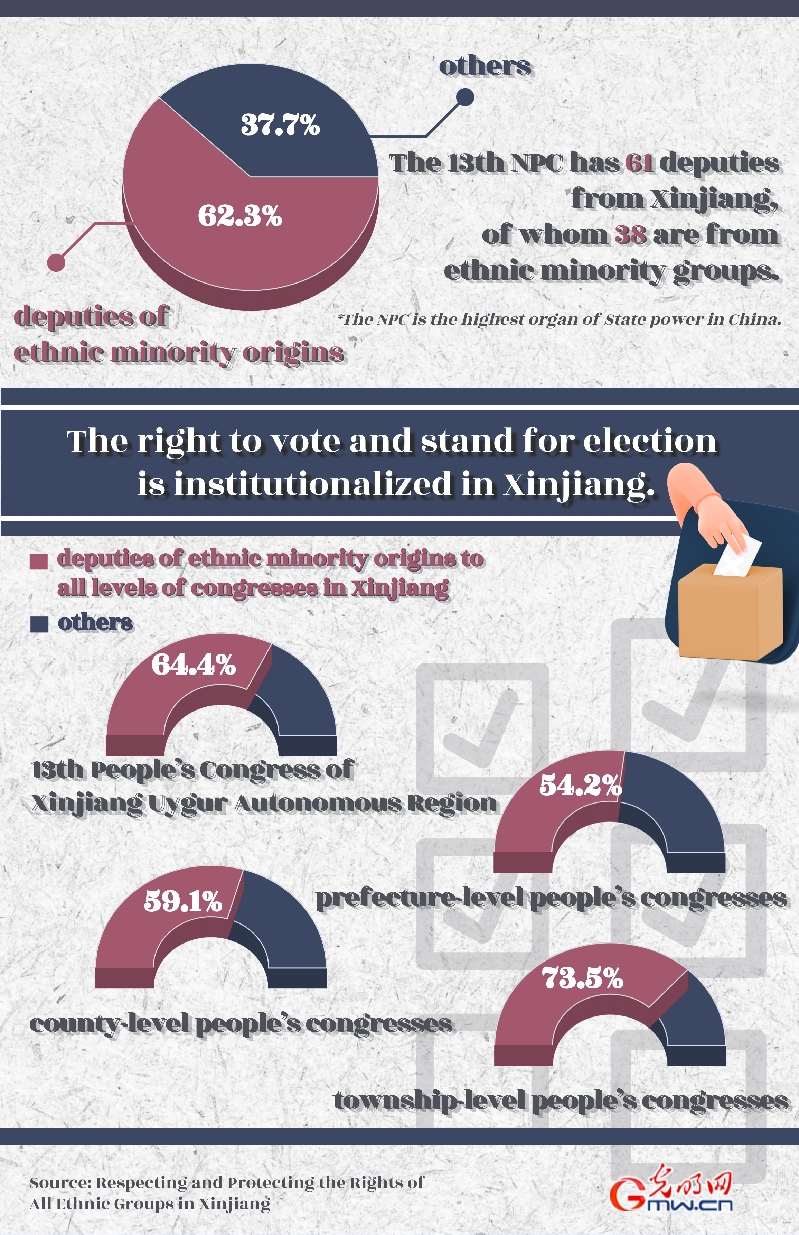 The right to vote and stand for election is institutionalized. As stipulated by the Constitution and laws, Chinese citizens of any ethnic origin have the right to vote and stand for election. The principles in elections are: universal suffrage, equality, combination of direct and indirect elections, and multi-candidate election [In elections for national and local people’s congresses, the number of candidates for election must exceed the number of posts available.]. Citizens of all ethnic groups in the autonomous region directly elect deputies to the people’s congresses at county and township levels, who then elect deputies to each succeeding level, from the prefecture-level congress, through the congress of the autonomous region, to the National People’s Congress (NPC).