Airbus begins A350 deliveries in China 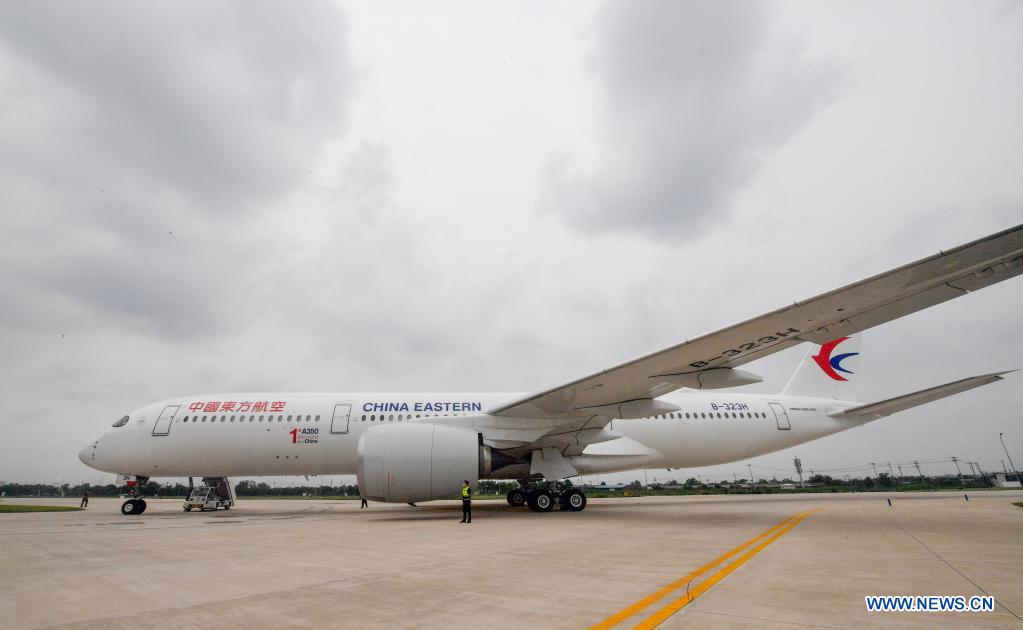 TIANJIN, July 21 (Xinhua) -- Airbus has inaugurated its A350 aircraft project at its widebody completion and delivery center in north China's Tianjin. It is the first time the European planemaker has launched such a project for the A350 outside Europe.

It delivered an A350 aircraft to China Eastern Airlines at the Airbus Tianjin Widebody Completion and Delivery Center on Wednesday.

"Airbus values China as a long-term strategic market. We have full confidence in the resilience and dynamics of China's economy and its aviation industry," said George Xu, executive vice president of Airbus and chief executive officer of Airbus China.

"The new move demonstrates our commitments to deepening the win-win cooperation with China and better serving local customers through more localized solutions and resources," Xu added.

A total of five A350 widebodies will be delivered in Tianjin in 2021, and more deliveries to Chinese customers are underway as the center has ramped up its production rate and market demand is recovering, according to Airbus China.

The A350 is Airbus' new generation of widebody aircraft, which highlights environmental performance, flight range and comfort. To date, the company has received 915 orders for the aircraft and delivered some 430 worldwide. Approximately 10 percent of the deliveries were to the Chinese market.

Located near the site of the Airbus A320 Family Final Assembly Line in Tianjin, the Airbus Tianjin Widebody Completion and Delivery Center includes a cabin equipping and furnishing facility and a paint shop.

Rolling off the final assembly line in Toulouse, France, the unfinished green A350 aircraft will fly to Tianjin. Green aircraft means that the aircraft has not been painted with its outermost layer paint and has not yet been fully completed.

"They will receive the full scope of aircraft completion activities here, such as the cabin installation, aircraft painting, engine run, flight test and customer flight acceptance. The aircraft will then be delivered to customers," said Dr. Christoph Schrempp, general manager of Airbus Tianjin Delivery Center.

"Tianjin is endeavoring to become an aviation industry cluster. We are confident that the new project will deepen our long-term cooperation and inject strong impetus to the high-quality development here," said Ma Shunqing, executive vice mayor of Tianjin.

Tianjin is now the world's only non-European city that could deliver both single-aisle and widebody Airbus aircraft. Airbus inaugurated the final assembly line for its A320 single-aisle aircraft here in 2008, and the completion and delivery facilities for widebody aircraft in 2017.

Through these projects, Airbus shares its expertise and management experiences in manufacturing with Chinese partners. And the strengthening Chinese aviation industry has greatly sustained the Airbus global supply chain.

China is forging ahead in renewable energy development amid its transition to a low-carbon economy. The country has announced that it would strive to peak carbon dioxide emissions by 2030 and achieve carbon neutrality by 2060.

"It shows a great nation's responsibility and determination. Our commitments and goals integrate," Xu said, adding that Airbus' commitments to China remain unchanged, with more potential ahead. Enditem