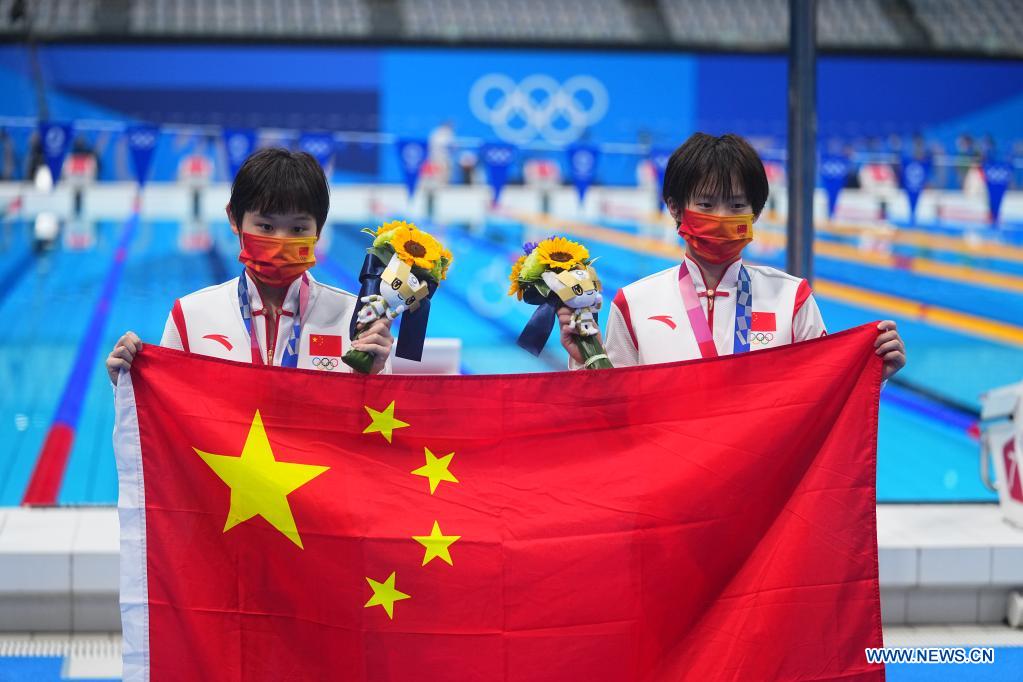 TOKYO, July 27 (Xinhua) -- Chen Yuxi and Zhang Jiaqi stormed to a resounding victory in the women's synchronised 10m platform at Tokyo 2020 on Tuesday, extending China's perfect record in the event since the 2000 Olympics.

The Chinese duo topped the rankings with 363.78 points, well ahead of Jessica Parratto and Delaney Schnell from the United States in 310.80 points, and Mexico's Gabriela Agundez Garcia and Alejandra Orozco Loza in 299.70.

Chen and Zhang's triumph means that Chinese divers have won the event at every edition since it was included in the Olympic program at Sydney 2000.

The silver was also the first medal for the United States in diving.