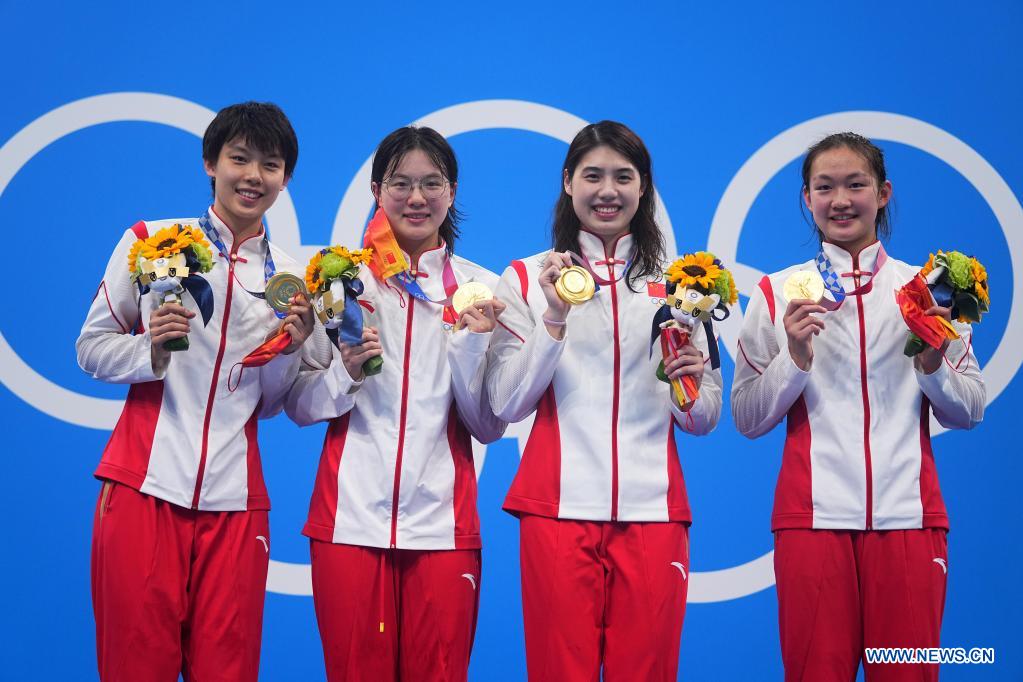 Yang Junxuan, Tang Muhan, Zhang Yufei and Li Bingjie (from L to R) of China pose during the awarding ceremony after the women's 4x200m freestyle relay final of swimming at the Tokyo 2020 Olympic Games in Tokyo, Japan, July 29, 2021. (Xinhua/Xu Chang)

Team China clocked seven minutes and 40.33 seconds, 1.17 faster than the previous record of 7:41.50 held by the Australians.

The United States finished second in 7:40.73, thanks to a fast 200m from six-time Olympic gold medalist Kathleen Ledecky.

Yang Junxuan set an early lead for China and Tang Muhan recovered the advantage though Australian challenger Emma McKeon caught up in the middle.

Zhang Yufei, fresh from her 200m butterfly gold just an hour earlier, maintained a 0.43 second advantage over second-place Australia before Li Bingjie jumped into the water.

Li, 19, fended off the challenge from her idol Ledecky to win the gold for China. Enditem