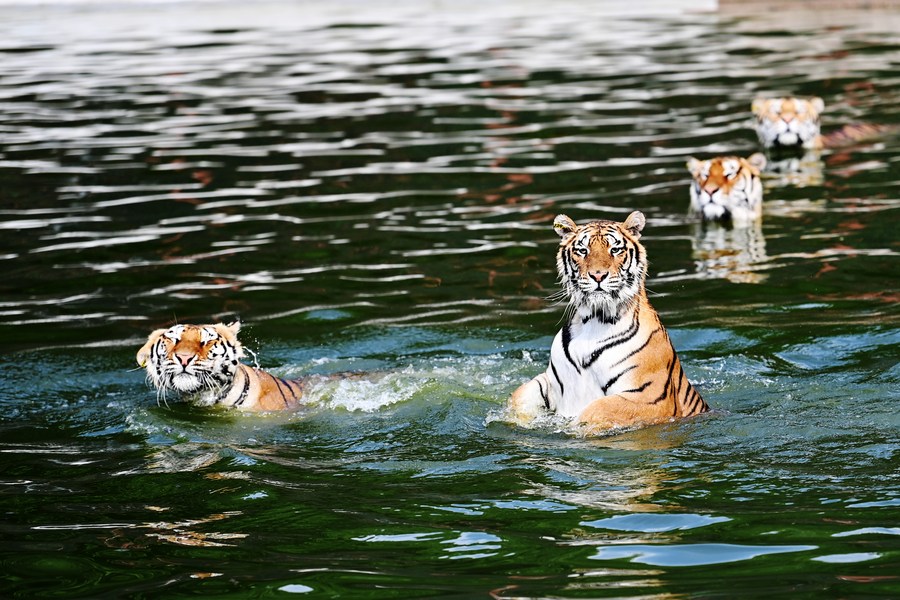 HARBIN, July 29 (Xinhua) -- A total of 55 wild Siberian tigers were spotted in China during a new survey, suggesting a population recovery of the critically endangered species once predicted to disappear from the country.

Researchers spotted the tigers between 2013 and 2018 via infrared cameras installed in four major forested landscapes suitable for Siberian tigers in northeast China, and identified 55 different individuals, according to the study published in the journal Biological Conservation.

The research was jointly conducted by the Northeast Forestry University, Wildlife Conservation Society, World Wildlife Fund, University of California and other groups.

In 2013, only seven individuals were identified through camera data, a figure that climbed to 33 in 2018, according to the survey.

Based on the density of the tigers and home range sizes in nearby Russia, the research shows the Chinese habitats have the potential to support more than 310 Siberian tigers.

In contrast to the rapid depletion of tiger habitats globally, China has great potentials for the recovery of the Siberian tiger population and their habitat, said Jiang Guangshun from the Northeast Forestry University.

The survey also pointed out that the majority of tiger prey were small-bodied roe deer in Chinese habitats, while larger prey favored by Siberian tigers remain scarce.

China has intensified protection measures for Siberian tigers including setting up a sprawling national park, banning commercial logging and launching campaigns to clear traps set by poachers, which can be attributed to the population recovery of the big cats in recent decades.

Siberian tigers, otherwise known as Amur or Manchurian tigers, are one of the most endangered animals in the world. They mainly live in eastern Russia, northeast China and the northern part of the Korean Peninsula.

In 1988, some experts predicted the wild Siberian tigers, pushed to the brink of extinction due to lumbering and hunting, would disappear from China in four decades. 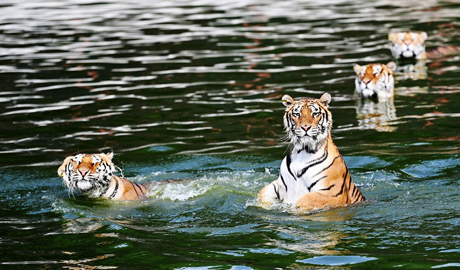