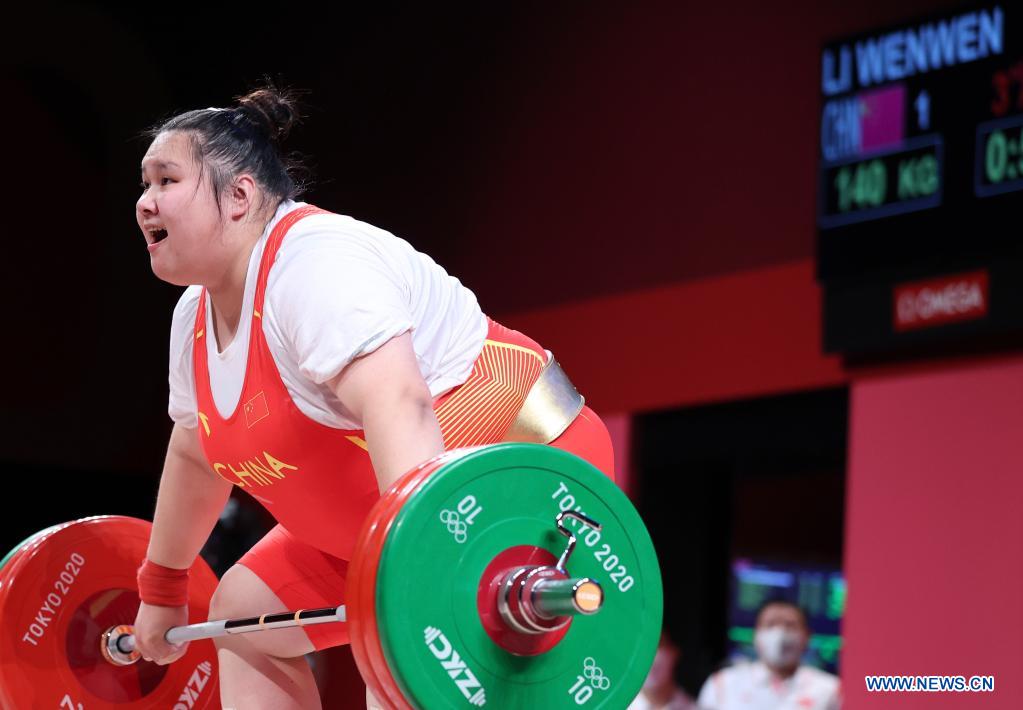 Li, current world record holder in the snatch, clean and jerk and total, called 130kg in her first snatch attempt. It has already bettered other contestants, with the nearest one, Sarah Elizabeth Robles from the United States, hoisting 128kg. Li lifted a new Olympic record of 140kg in her third attempt, setting a 12-kg cushion over Robles.

Li continued her dominance going into the clean and jerk section, hoisting an Olympic record of 180kg for a total of 320 kg, also a new Olympic record.