International Youth Day is one of the prominent days celebrated on 12th of August every year to perceive the significance of the youth and draw attention to youth issues worldwide. Under the influence of the global pandemic, it now seeks to highlight the ways in which the engagement of young people at the local, national and global levels is enriching national and multilateral institutions and processes.

China has always attached great importance in improving the country’s capacity, especially regarding China’s young people, for engaging in international communication to present a true, multi-dimensional and comprehensive view of China. Universities in China have set various programs, e.g. Schwarzman Scholars of Tsinghua University, Yenching Academy of Peking University, in efforts to accelerate cultural exchange and encourage young leaders to serve as a bridge between China and the rest of the world.

Zinan (Crysti) Chen, a VC investor, serial entrepreneur and nonprofit co-founder, who has just graduated from Schwarzman College of Tsinghua University this June, received our interview. 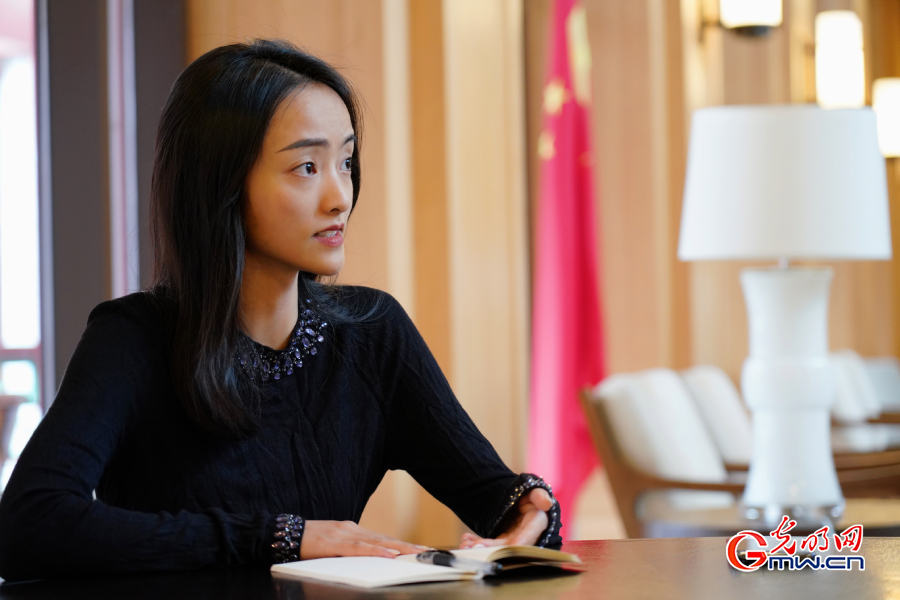 Zinan (Crysti) Chen was born in southwest China’s Yunnan Province, and raised between China and the US. She gained her first master’s degree at University of Pennsylvania in Education Entrepreneurship and a second master’s degree at Schwarzman College of Tsinghua University in Global Affairs. She earned her bachelor’s degree in Political Economy from the University of Washington, during which time she immersed herself into several selective exchange programs in Eastern and Western countries for a critical understanding of the global situations, e.g. School for International Training (SIT) in Switzerland, University College London (UCL) in the UK, National University of Singapore (NUS) in Singapore and University of International Business and Economics (UIBE) in China.

Crysti is an outstanding representative of millions of Chinese youths and Chinese international students on global stage. She’s passionate for an impact-driven career path and hopes to leverage the power of investment capital combined with goodwill to solve social and environmental issues. Her effort helps promote and enhance communication and mutual understanding in a bid to inspire younger generations worldwide.

Bringing the world to China

“I was born in southwest China’s Yunnan Province. When I was a child, the average living condition there was not ideal, especially in those distant rural neighborhoods. It was common to see children there were not attending to schools, many were not able to speak proper Mandarin, many parents were being illiterate that further deemphasized the significance of education, therefore, when I first got to the US, I wanted to start a nonprofit organization to help improve education quality, combat malnutrition, and promote equal opportunities in not only my hometown Yunnan, China, but also to many other developing regions and countries that facing similar poverty traps,” Crysti said.

She started her first nonprofit organization World Youth Value Society (WYVS) as the primary founder in 2009 at the age of 16, and launched several programs aiming to help fight poverty-related situations, including providing funds to support school operation and remodeling school dormitories to ensure a safe learning environment, as well as starting an initiative to install computers in rural schools that allowed remote voluntary teaching throughout the years. Most remarkably, Crysti launched the flagship program of summer volunteer trips to Yunnan, Gansu, and many underprivileged regions in China, where volunteers from over ten countries around the world came and offered help to needing households and students, while better understood the local demands.

“It is so obvious to observe the progress since China has made poverty alleviation one of its key tasks, every time I went back to my hometown, I was amazed by the great changes,” Crysti mentioned. Yunnan has witnessed notable improvements in infrastructure, public services, and civil communal behavior, as well as rapid development in industries and businesses that leverage local strengths.

Bringing China to the world

Crysti co-founded UniWill Ventures in 2017. She serves as the general partner of this early-stage venture capital fund that invests across borders mainly in the US and China. Her passion draws a line on leveraging technological innovations for an inclusive and sustainable economy for all human beings.

“We invest in emerging technologies and visionary entrepreneurs that consolidate the coexistence of technology with the environment and humanity,” Crysti introduced.

After graduation, Crysti now decides to start off with new businesses in China. “During my years of operating venture capital funds, I’ve noticed that many American companies are now taking away from proven Chinese business models or innovative ideas. Taking the shared economy as an example, bike-sharing economy started in China while now it gets popular around the globe. Under the impact of the Covid-19 pandemic, online services like contactless payment, online group bulk-buying, door-to-door food delivery and many more that are already well-developed in China might have great potentials for overseas’ market adoption.”

“The user experience of such online services provided by Chinese enterprises are definitely very efficient and affordable,” Crysti said, “I think it’s time for us to export.”