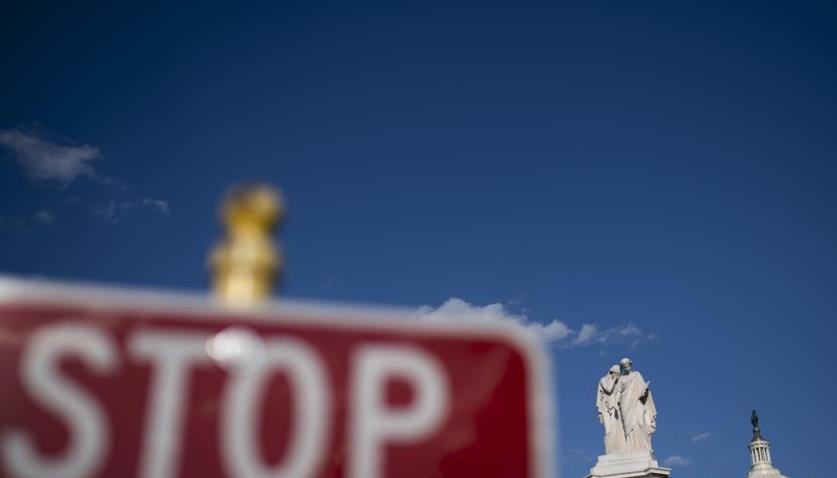 Confirmed cases of COVID-19 in the United States have exceeded 35 million, with more than 610,000 deaths. In the first week of August, the average daily confirmed cases in the country went beyond 100,000 once. What are the reasons for the US, with its advanced medical technologies, becoming a failed country in the battle against the pandemic? A few days ago, a report titled "The America is the best?" The US Anti-pandemic Facts, issued by Taihe Think Tank of Chongyang Institute for Financial Studies, Renmin University of China and the Haiguo Tuzhi Research Institute gave the reasons: anti-science and anti-commonsense actions in pandemic prevention and control, problematic policy-making and the origin-tracing investigations.

The fight against the pandemic is a war to protect human lives, to which scientific cognition, scientific prevention and control, as well as scientific diagnosis and treatment are indispensable. However, the US government responded to the pandemic in a way against science and commonsense. The government ignored scientists' suggestions domestically; and it passed the blame to China. Eventually, the US has reaped what it has sown.

Responding to a pandemic requires early detection, quarantine, diagnosis and treatment, while the US government insisted on putting politics first, and putting elections before pandemic control. In order not to affect the elections and the economy, the Trump administration had adopted an ostrich policy which downplayed the pandemic and ignored and suppressed scientists since the outbreak of the pandemic in the US. As a result, the best time to control the pandemic was lost. The pandemic spread throughout the country, even Trump himself got infected.

The report revealed that from the beginning of the pandemic the White House told its people "Don't panic". In order to avoid the so-called panic, the Trump administration took minimal preventive measures. It has even publicly stated many times that COVID-19 is nearly the same as flu, the pandemic will not break out in the US and the risk of getting infected in the US was "very low."

In fact, this anti-science and anti-commonsense policy is useless in controlling the pandemic. Even worse, it has put people’s lives at risk. A large number of people have been misled and lost their lives because of the Trump administration. The report indicates a research from Cornell University believes that by May 26, 2020, about 38% of the COVID-19 fake news in the English media mentioned Trump, "the President Trump may be the biggest influential spreader of false information about COVID-19".During the pandemic, he did not wear a mask, which spread false information that the outbreak was not serious. People followed his lead, going out without wearing a mask. As a result, people were directly exposed to the virus. This is like a war, where the commander releases misinformation and causes soldiers’ death.

The report stated that even six months into the outbreak in the US, the federal government has still not formulated a national strategy to protect the health of the people. The analysis of the data model established by disease researchers at Columbia University shows that if the US government released pandemic prevention and control measures two weeks in advance, 54,000 people in the US would have been saved. Up to now, the number of deaths in the US due to COVID-19 has exceeded the total number of deaths in all wars, including the first and second world wars, and the Vietnam War, in the past 100 years.

To cope with the speedy spread of infectious diseases, firstly, we should take measures such as wearing masks and effective isolation to cut off the chain of infection, control the spread of the epidemic over time, then take resuming work and production into consideration. However, the protocols from the scientific community have not been accepted by the US government. During the pandemic, the US government suppressed Antony Fauci and many other scientists and their professional opinions in order to achieve political goals. In particular, scientists who deny the "laboratory leak" theory were subjected to cyber violence, unable to work normally, and even faced personal threats.

Cutting off the transmission chain is the most effective way to control infectious diseases, and by simply wearing a mask can effectively control the spread of the pandemic, thereby reducing infections and deaths. However, in the early stages of the pandemic, the Trump administration repeatedly emphasized that COVID-19 is a "flu". Trump took the lead in not wearing a mask and incited people to gather together. The report indicated that on the issue of whether people should wear masks to prevent the spread of the virus, the US government not only failed to pass information correctly, but also played a negative role.

The US government first downplayed the pandemic, and then pinned its hopes on vaccines and new drugs. As the pandemic raged across the US, the Trump administration disregarded the fact that the development of a vaccine takes time, spreading false information such as "a vaccine against COVID-19 will soon appear", and that "the virus will suddenly disappear when the weather turns warmer". Even when there were more than 60,000 new cases every day in the US, the advice from experts were still being rejected and scientists were still being suppressed. The 17-page guidelines for resuming work from the US Centers for Disease Control and Prevention was ignored by the White House. In July 2020,four former directors of the CDC jointly wrote an article in the newspaper criticizing the Trump administration for politicizing pandemic control.

Violating the laws of science has serious consequences. When the US government failed in controlling the pandemic and was unable to explain it to the people, it then made an excuse about the outbreak in an attempt to pass the responsibility to China. The Trump administration and the Biden administration did the same. In fact, the issue of virus origin-tracing was a serious scientific issue, aimed at preventing the emergence of the next pandemic and protecting the health of people in all countries. Virus-tracing is also an arduous scientific task, requiring scientists from various countries to investigate and do research globally, based on evidence. However, the US government has established a presumption of guilt on this issue and obstructed the work of scientific origin-tracing. Its anti-science and anti-commonsense moves have seriously hindered global anti-pandemic cooperation and severely hindered mankind’s joint fight against it.

Saving the economy before saving the people would be catastrophic

When the malignant infectious disease is approaching, any country should take saving people’s lives as first priority. However, between saving people and saving the economy, some American politicians have chosen to give priority to saving the economy. The report indicated that the US adopted a trillion-dollar fiscal stimulus plan to rescue the economy. As a result, the stock index soared from its low on March 23, 2020. By early 2021, the wealth of more than 600 American billionaires had grown more than $1 trillion, increasing 38.6 percent. The poor were not only unable to protect their property due to inflation, but also cannot even protect their lives because of not being able to afford the expenses of treatment. Regarding the "death gap" during the pandemic, President Trump said: "Maybe, this is life."

More than that, the excessive issuance of the US dollar as the world currency has caused a bubble of global inflation, making other countries the “scapegoat" for the US failure. Many countries suffered from the inflationary pressure created by the US. US monetary policy shifts its troubles onto others, and its anti-sciene and anti-commonsense policy have highlighted the situation of “our currency, your problems", causing other countries in the world to suffer not only from the virus but also economic and social pressure, even political conflicts and regional chaos.

In the 1960s,American historian Richard Hofstadter wrote the book "Anti-intellectualism in American Life" to analyze the phenomenon of anti-intellectualism in American society. According to the response to the pandemic, some US politicians still haven’t escaped from the restraints of anti-intellectualism. Throughout the world, countries which adopted scientific methods have made significant achievements in pandemic control. But on the contrary, those who refused to control the outbreak in a scientific way are still struggling. It is time for American politicians to fully understand the value and power of science.

Contributed by Liu Ying, Director of the Cooperative Research Department of the Chongyang Institute of Finance, Renmin University of China, a special researcher of the Beijing Center for the Research of Xi Jinping Thought on Socialism with Chinese Characteristics for a New Era