Extreme weather event review: how the rainfall in Henan compares 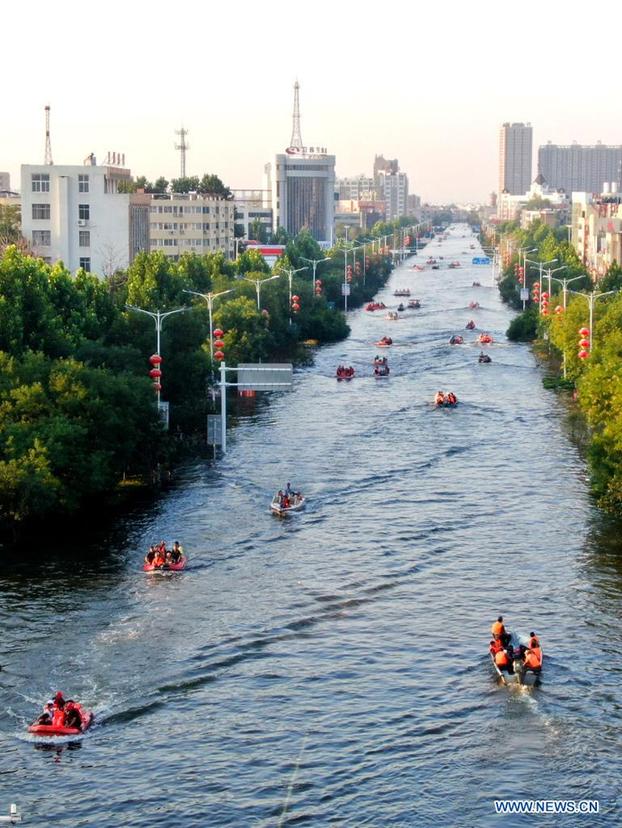 From July 17 to 22, torrential rainstorms hit central China’s Henan Province. In its capital city, Zhengzhou, the equivalent of half its annual rainfall poured down in 24 hours between July 20 and 21. Following a record-breaking maximum rainfall of 201.9 millimeters in an hour, 1/6 of weather stations in the province renewed their daily rainfall records.

By August 2, the devastating flooding it triggered had claimed 302 lives and affected more than 14.53 million people in 150 county-level regions. According to official data, over 1.09 million hectares of crops were damaged, and over 30,600 houses have collapsed across the province.

The rainfall is deemed a rare weather event in climate history in terms of both intensity and influence. A review of the precipitation process and the characteristics of the rainfall is made for a clear understanding of the situation. 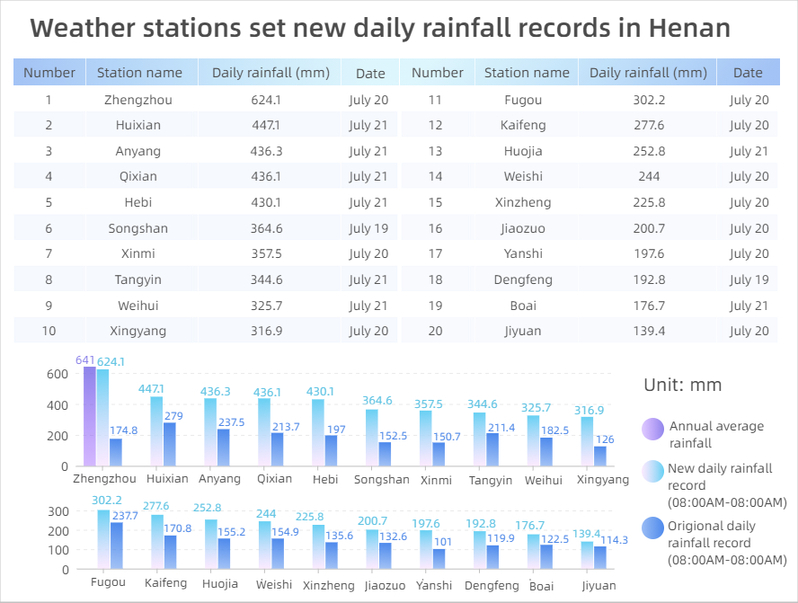 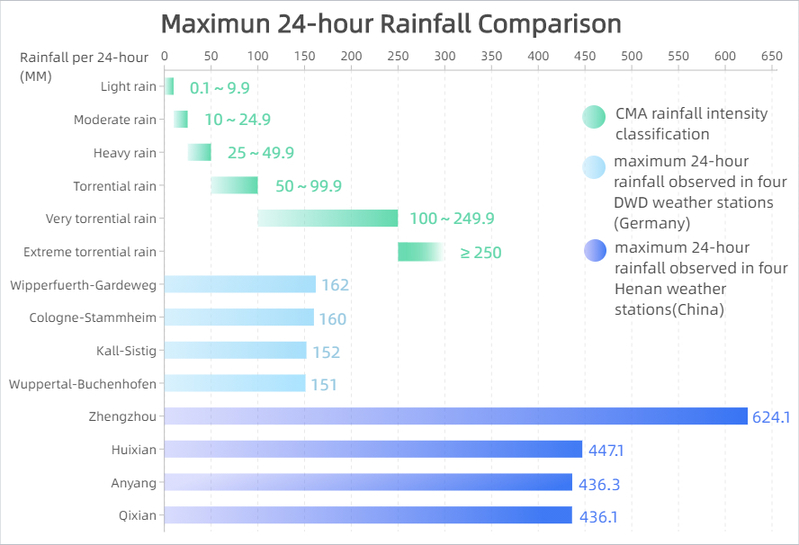 On July 14 and 15, extreme rainfall affected Germany and led to flooding that caused more than 50 deaths. The incident was deemed to go beyond the description of the German language by German Chancellor Angela Merkel. According to the German Meteorological Service (DWD), about 100 to 150 mm of precipitation occurred in 24 hours. Figure 2 shows that the DWD weather station of Wipperfuerth-Gardeweg recorded the highest precipitation of 162 mm in a single day, which was followed by Cologne-Stammheim with 160 mm, Kall-Sistig with 152 mm and Wuppertal-Buchenhofen with 151 mm.

According to the rain intensity classification of CMA, rainfall recorded by the four DWD weather stations are within the range of very torrential rain (when the precipitation rate is between 100 mm and 249.9 mm per 24-hour). Yet the four renewed rainfall records in Henan all exceed the level of extreme torrential rain (when the precipitation rate is more than 250 mm per 24-hour), and are more than two times heavier than the rainfall recorded by the DWD weather stations.

1 - hour precipitation is also universally used to measure rainfall intensity. According to Wikipedia, the following categories are applied: 

• Violent rain - when the precipitation rate is > 50 mm per hour

During the rain event in Henan, 10 weather stations in Zhengzhou City, 5 in Xinxiang City and 1 in Hebi City recorded a maximum one-hour rainfall of more than 100 mm. Among them, the weather station of Zhengzhou ranked first with a staggering 201.9 mm of rainfall from 16:00 to 17:00, July 20, which was about three times higher than the violent rain intensity. It also broke the Chinese mainland’s record one of hourly precipitation - hourly rainfall of 198.5 mm per hour in Linzhuang, Henan on August 5, 1975, as shown in Figure 3. 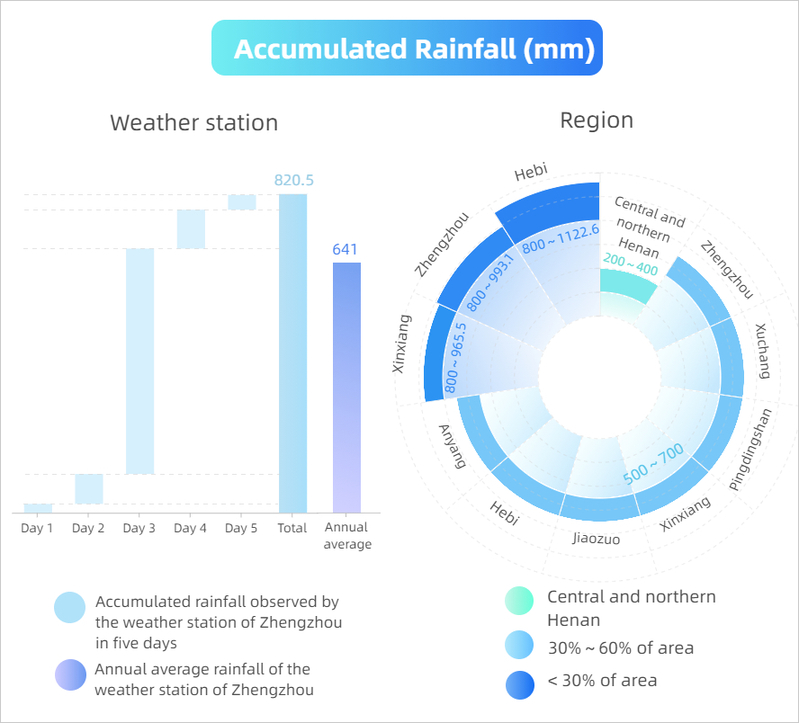 Since 1994, the World Meteorological Organization has been publishing the WMO Statement on the Status of the Global Climate on an annual basis, which records major weather and climate events around the world. A few extreme rainfall events occurred in this century are listed for reference and comparison with the rainfall in Henan.