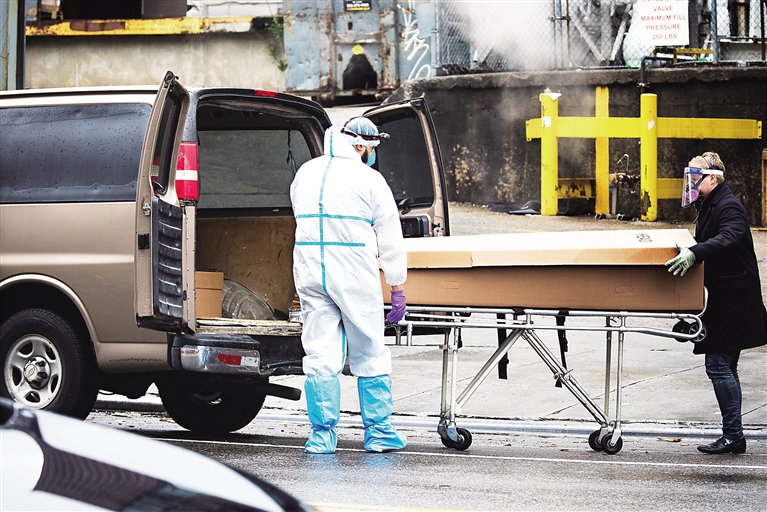 According to recent data from the Proceedings of the National Academy of Sciences (PNAS), the actual number of COVID-19 cases across the US may have been underestimated by 60%, meaning that as many as 65 million Americans may have been infected with the novel coronavirus. This, coupled with the fact that nearly 90 percent of the country is now experiencing a significant rebound of the pandemic, again suggests that the pandemic in the US is completely out of control and has become a weak link in the global fight against COVID-19.

Looking back on the timeline of the US outbreak, the first confirmed case of the novel coronavirus emerged in the US as early as last January, but according to the New York Times, Helen Chu, an infectious disease expert who reported the test results, was given a gag order. In the face of the spread of the pandemic, the US government's ineffective prevention and control initiatives fully demonstrate its irresponsibility to the American people.

Besides inadequate prevention and control at home, the US government also failed to take into account the lives and health of people around the world and did not take effective measures to control the exit of Americans, resulting in the spread of the pandemic around the world.

According to data released by the US National Tourism Office, from April 2020 to March 2021, US citizens made 23,195,000 cumulative trips abroad by air and land. November 2020 to January 2021 was the peak of the pandemic in the US, with an average of 186,000 new cases per day and a 87,000 daily trips abroad by US citizens during the same period. The US became an actual proliferator of the pandemic.

As a direct result of US irresponsibility, cases imported from the US emerged in multiple countries. Research released by Tel Aviv University in Israel in May 2020 showed that about 70 percent of COVID-19 cases in Israel were infected with strains of the virus from the US. Data released by the Australian Department of Health in May 2020 showed that 14 percent of the country's more than 6,000 confirmed cases were imported from the US. South Korean media reported in February that 35 percent of the country's 7,000 imported cases came from the US.

At the same time, the US also stepped up deportation of illegal immigrants, intensifying the pandemic in Latin American countries. As the US Department of Homeland Security reported, the US deported 160,000 illegal immigrants from March to September 2020. US media reports indicate that many illegal immigrants were neither quarantined nor tested for the novel coronavirus before being deported. Countries such as Guatemala, Jamaica, Mexico, and Haiti have all found large numbers of confirmed cases of COVID-19 among those repatriated from the US.

By not only failing to prevent and control the outbreak domestically, but also allowing it to spread globally, the US is posing a threat to global public health security. As the world's no.1 loser in the fight against the pandemic, with the highest numbers of confirmed cases and deaths, the US is ignoring its own "muddled accounts", but keeps pointing the finger at other countries to deflect responsibility for its own failure, which is undoubtedly spreading a political virus worse than the novel coronavirus to the world. I would like to advise some people in the US to mind their own business, take a responsible approach in terms of exit control measures and repatriation of illegal immigrants, stop spreading the virus and cooperate with the global origin-tracing work, which is the due responsibility of a big country.