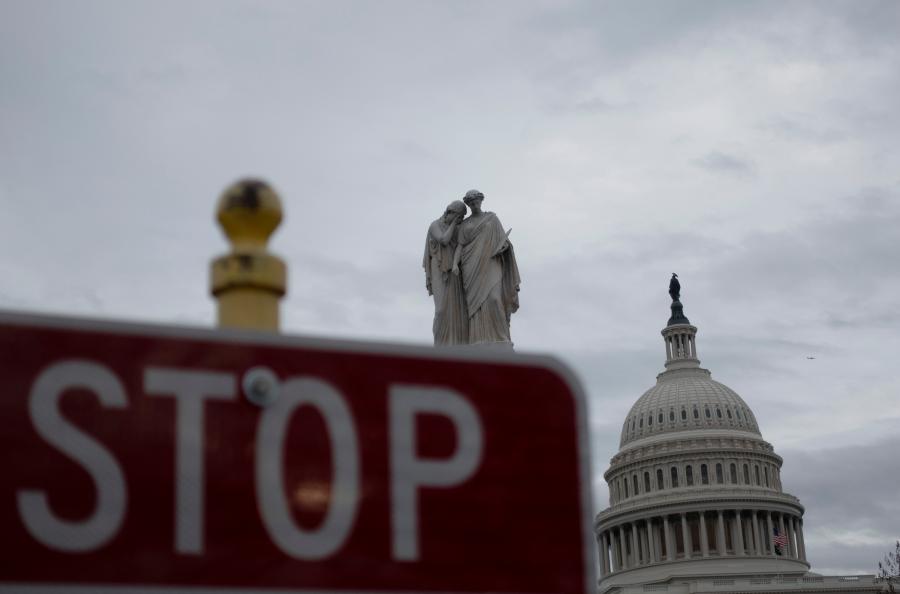 Bloomberg recently published a report in which the claim was made, that the US made the best Covid recovery, US officials also have made statements about no country donating more money to fight Covid than the US. This version of history has enraged a lot of people in China, common people, officials, and academics alike. The anger doesn’t just come from the cynical irony of claiming a successful response by the US, when more than 600,000 Americans died due to the failed US Covid response, it also comes from being fed up with constant attacks and disinformation campaigns from the US. It started with the racist former president Donald Trump who invented names for Covid to blame the disease on China, but also from the continued campaign by the Biden administration to avoid taking responsibility while trying to push public attention to China. I’ve spoken to some Chinese who incredulously asked how anyone in their right minds would believe the US had a good Covid response, or why in the world Bloomberg would destroy its long-standing reputation by making such absurd claims. Two caveats: apart from Chinese media, it seems few people actually take notice of the Bloomberg ranking, which saw Norway take the top spot recently. And two, some people who have never visited China simply can’t believe the numbers coming from China because they are so far and beyond anything any Western country has achieved.

Anyone living in China knows, that hiding large numbers of Covid cases would be impossible, given the extreme transparency in locating each case on public maps, so everyone can check whether actual cases were made public or not. And we know that there is almost no lockdown, as for more than 14 months Covid has been mostly under control. Everything is big in China, so sometimes an area with 2 million people gets locked down for two weeks, while everyone gets tested, but to keep perspective: that’s less than 0.2% of China’s population, and after such quick responses, usually case numbers in single or double digits had been found, not hundreds, not thousands. So Covid hardly affects our lives in China, apart from having to wear facemasks in subways and having to scan a QR code in certain public locations. In other words, live has been back to almost normal for months, while we read endless reports of people still dying from Covid in other countries, people still working from home, people still discussing about masks, and vaccination being the only hope to defeat Covid outside of China.

Now, Bloomberg’s ranking assumes these questions as “normal” and therefore asks if people can travel abroad, or how many international flights have resumed. That shouldn’t be priority, when people are still dying, at least in the eyes of many Chinese.

But the insult of not admitting China’s response was by far the most effective in the world both from an economic and a humanitarian perspective wouldn’t be so bitter, if it wasn’t accompanied with a barrage of lies about China’s role in the Covid drama. Chinese philosophy never believed in a fair marketplace of ideas where an invisible hand of God will make sure the truth will prevail. A metaphor of how Chinese understand ideas could be “like plants”:whichever gets the most light, right amount of water, and grows on good soil will prevail over others. Truth may be the good soil on which to build an idea, but without the exposure to the public, it won’t win over other ideas. And that’s why people are so angry when yet another reputed news source paints a distorted picture.

Already before this ranking US politicians and media have been telling a narrative, which blames China but doesn’t withstand the test of reality. It’s important to keep the chronological facts in mind:

1.In fall 2019 Covid19 viruses were spreading globally, as later testing of blood samples would show. At least for France, Italy and a number of US states there is scientific proof that Covid was already around as early as October 2019. That doesn’t mean it has started there, but it makes clear that no response by Wuhan authorities in January 2020 could have prevented Covid from spreading in Western countries.

2.In December 2019 Chinese researchers discovered Covid and identified it as a new type of virus, alerted the WHO, and started researching the risks and danger of this virus. During this process, a Chinese doctor warned some friends of potentially a SARS outbreak in Wuhan and was reprimanded for spreading rumors before it was scientifically confirmed. He wasn’t imprisoned nor punished, and the virus turned out not to be the original SARS virus. He still gets called “whistleblower who tried to warn authorities” in some Western media, but that is simply not correct.

3.In January 2020 some Wuhan authorities downplayed the threat of the virus for 2 weeks, until the central government got involved, the city got locked down, the officials got demoted, sacked and punished, and the whole country of China went into a status of high alert. This all happened within just a few weeks.

4.End of February 2020 the situation in China was fully under control, restrictions got slowly lifted again and within another two months travelling was allowed again and by May the Chinese economy was almost back to normal with mask mandate in subway and malls as only reminder of Covid’s existence.

5.In March and May respectively Covid started to spread in Italy, Europe, and the US. Rather than implementing quick and strict lockdowns to prevent a further spread, authorities hesitated to learn from China’s methods, and ended up with extremely harsh measures, e.g. in Italy, but failed to actually contain the virus.

6.Until now, no Western authorities have been sacked or punished for failing to contain China. This is seen as a clear indicator the Chinese system has more accountability for governments as compared to Western systems, which is the stark opposite to how most Western people view China and the West.

From the chronological order it becomes very evident that no matter what China has or hasn’t done in the first two weeks of January 2020, it could neither have prevented Covid from reaching the West, nor could it have prevented the West from failing in its Covid response. Covid was in the West, before any Chinese doctor or scientist had discovered the existence of the virus. In light of this it’s rather shocking how not one western politician has formally thanked China for discovering this threat.

The question where the virus originated is still very much open. To advise US secret services to come up with an explanation relies on those services being trustworthy. History doesn’t suggest they are. That the US demands further investigations to Wuhan, but doesn’t allow any investigation into any potential origins in the US, puts in question whether truth is really the goal of the US.

In light of all this, many Chinese indeed feel very offended when a Bloomberg ranking says the US has responded or recovered well from Covid. Experts are baffled how a once reputable institution would publish such a report. Now Intellisia has partnered with the Chongyang Institute of the Renmin University to publish a more realistic assessment of how the US has responded.

To quote the devastating verdict from the report: “Domestically, the United States is a “failed country”. It went from being against science and common sense to covering up the truth, politicize, and using monetary measures to fight the pandemic. The wealth of the rich has ballooned, whereas the lives of ordinary people have deteriorated. Society has been torn apart and racial tensions have intensified.” It goes on to describe how indeed Covid was politicized in the US and human lives were sacrificed with the goal of partisan wins from the pandemic. “The U.S. government, especially President Trump, ignored scientific facts and spread false information on anti-intellectualism through various channels such as the White House press conference, mass media, and social media.” The West still suffers from this anti-intellectualism, anti-science, and pseudo-freedom trend.

It’s important that truths get recorded and communicated to future generations. I find it my duty as a European to make clear, this is not about politics, it’s not about China trying to attack the West, it’s about preserving knowledge of what really happened, and giving proof to future historians that as contemporaries knew. It’s also important to address the big taboo, that the US-led Western world is in deep governance crisis. Unless the West can reform its political systems and international structure, more crises are bound to happen. Keeping the voters distracted with foreign military adventures or insults on other peoples and their political system is not only increasingly costly, it also prevents Western societies from discussing how they hope to organize themselves in the 21st century to allow for both the protection of the weak and the relative freedom of the strong. These challenges for the West won’t find a solution by changing China, or intervening in the Middle East, or lecturing Africa who to trade with. Europe and the US have provided well for their citizens, in times where they could still profit from the spoils of colonization. Now that these spoils no longer flow, these societies need to devise socio-economic systems to keep people satisfied while saving our planet from climate collapse and resource overuse. That’s what the political and economic elites, journalists and academics in the West should spend time thinking about.