In March, the European Parliament voted to establish a "carbon border adjustment mechanism" (CBAM) bill. On July 14 the European Commission proposed a package of environmentally friendly proposals, including a resolution supporting a European Union CBAM. Under this mechanism, the EU will impose carbon tariffs on imports from countries and regions that have not implemented the same intensity of emissions reduction or relatively loose carbon limits, which are scheduled to be implemented in 2023.

Carbon tariffs :Dominated by developed countries such as the US and Europe

Under the influence of France, many countries in the European Union have reached consensus on carbon tariffs. As early as 2007,the concept of carbon tariffs was first proposed by former French President Jacques Chirac. Since developed countries such as the US have not reached an agreement with the EU, carbon tariffs have not introduced border measures, but many countries represented by the EU have imposed carbon taxes domestically.

Since taking office, the Biden administration has made a big shift from the Trump administration to a new green policy; Biden has proposed imposing carbon-adjustment fees on imports from countries and regions that fail to fulfill environmental obligations (that is, they do not meet US environmental standards) in order to internalize the environmental costs it imposes on the rest of the world, arguing that the levy would protect the interests of US workers and manufacturers; and the US Trade Representative's Office also stated in its 2021 policy report that, where applicable, it will consider imposing carbon tariffs on countries that do not meet their emission reduction obligations worldwide.

As the US has become relented on carbon tariffs, other developed countries have also begun to turn positive, such as the Japanese government's announcement that it would explore the feasibility of a tripartite coordinated trade system by the US, Europe and Japan, including border adjustment mechanisms, and British Prime Minister Boris Johnson suggests that the G7 should take the lead in uniting its carbon border adjustment programs to create a strong carbon tariffs alliance. The possibility of carbon tariffs being introduced together by developed countries in the future is immensely increased.

Carbon tax is another name for protectionism by the developed countries

Third, implementation of carbon tariffs by developed countries will place restraints on the development rights of developing countries including China. Developed countries have entered a post-industrial stage, and developing countries are the main source of their high-carbon goods, while emerging developing countries like China are still in a critical period of industrialization and urbanization, and its economic development suffers from imbalance in benefits and carbon emissions. For some companies that are capable of meeting the standards, carbon tariffs will lead to an increase in product prices and lower exports due to the increase in emissions reduction technology research and development and equipment investment. For most companies, due to technical and financial constraints, the carbon emissions of products cannot meet the standards set by developed countries. Carbon tariffs mean that export cost will rise, and the pressure from external market barriers will increase. Exports will suffer an unprecedented impact, and ultimately economic development will be hindered.

In fact, the so-called "carbon tariffs" touted by some developed countries are a new type of trade protectionism that binds climate change to trade issues and leads to trade protectionism under the guise of environmental concerns. From the perspective of existing international multilateral principles, carbon tariffs are not in compliance with the WTO principle of non-discrimination. Whether to implement comparable carbon emissions reduction by the target countries as the standard of differential treatment, as a standard to extend different treatments in the collection of carbon tariffs. However, since there is no unified classification of standards for the allocation of carbon emissions for each country on this basis, the carbon tariffs quota is bound to vary greatly, which runs directly contrary to the Most Favored Nation Treatment principle of the WTO. According to the WTO principle of national treatment, the emissions cost of imported goods cannot be higher than that of domestic products. However, due to the great differences in carbon emissions of different products and even similar products in practice, and the global consensus on carbon tracking technology has not been formed, imported products are easy to be discriminated against in violation of the principle of national treatment.

In practice, current international trade has endless conflicts, so carbon tariffs will include environment factors in the field of trade relief, and enhance them with technological trade barriers, which will definitely increase quantity and sphere of trade conflicts. Under the precondition of environmental protection, the products that don’t conform with the emissions standards set by the US and European countries will be levied punitive tariffs taking advantage of technological trade measures, anti-dumping and anti-subsidy measures, and safeguards measures. Meanwhile, specific mechanism, supervision technology and levy standards of carbon tariffs haven’t been unified, which could result in great chaos and retaliatory tit-for-tat in the process of implementation.Thereby, countries would either imitate or retaliate against each other, creating a new round of trade protectionism and undermining the international trade system.

Developed countries, based on domestic benefits, take the measures of unilateral trade protectionism that would hinder interests of developing countries, which shapes unjust order of international economy and trade as an important model, and even accelerates the trend of de-globalization. This not only affects the multilateral trade system characterized by freedom and openness, but also violates the principle of common but differentiated responsibilities noted in relevant conventions about climate change. Besides, it would undermine mutual trust and cooperation among different nations, giving rise to more instability to economic and trade recovery in the world.

In terms of carbon tariffs as a new type of trade protectionism, China should uphold the multilateralist principle to fight against it, and maintain the principle of common but differentiated responsibilities based on the position of developing countries. China should actively participate in the discussion and negotiation concerning international environmental convention and carbon emissions standards. In the fields of carbon tariffs accounting system, working mechanism, transparency and WTO coordination, China should conduct dialogue with developed countries including the EU, so as to contribute to the rule-making as a coordinator and participant. Joint efforts for international carbon emissions reduction should be promoted, and the solidarity of developing countries should be enhanced, supporting and providing the least developed countries and countries under vulnerable weather with more favorable treatments. China should promote the reasonable allocation of emissions reduction quotas between producers and consumers, and advocate a new type of standards for carbon emissions reduction on the basis of per capita carbon consumption and accumulated emissions, so as to counter carbon tariffs policy initiated by developed countries. Meanwhile, we should also improve domestic development, vigorously promoting low-carbon production and emissions reduction at home and reshaping the modes of economic and trade growth , improving market for carbon trade and establishing styles of life and production that are green, low-carbon and recycle-friendly. By doing so, we can expect achieving the objectives of peaking carbon emissions and carbon neutrality in the near future.

Contributed by Qingxin Lan, a researcher in Beijing research institute of Xi Jinping Thought on Socialism with Chinese Characteristics for a New Era 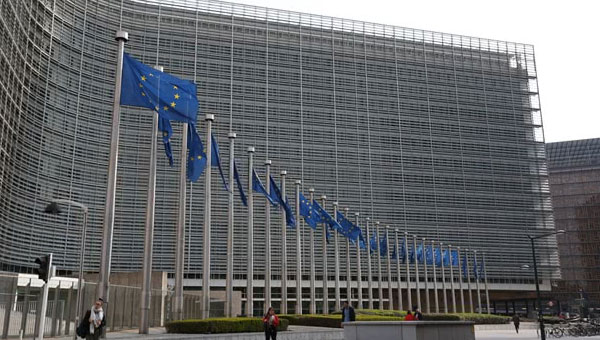