CPC's Mission and Contributions: How does the Party realize its ideals? 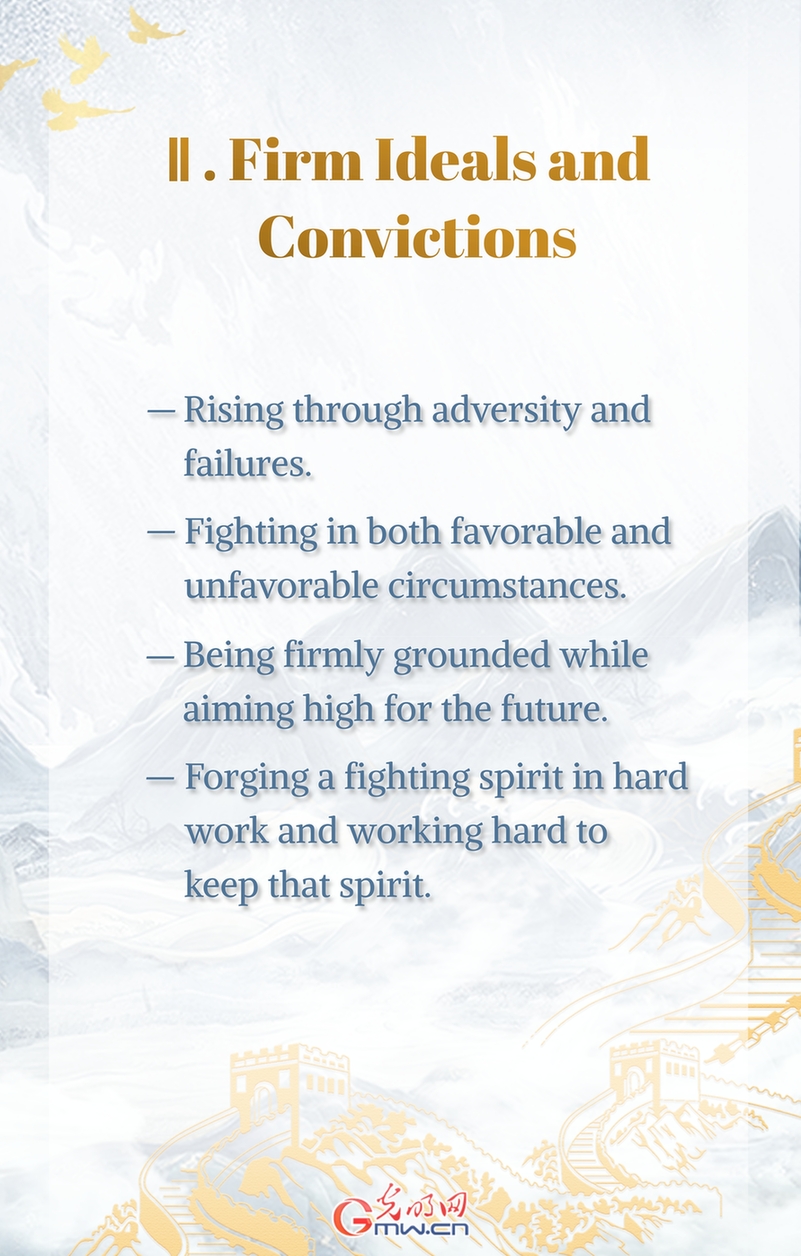 - Rising through adversity and failures. In the years of revolutionary war, the CPC was repeatedly confronted with difficulties and setbacks, to the extent that its very survival was threatened.

- Fighting in both favorable and unfavorable circumstances. After securing victory in its military campaigns, the CPC maintained its fighting spirit and strove to avoid complacency. After becoming the governing party of China, it continued to remain modest and prudent, never arrogant or impetuous.

- Being firmly grounded while aiming high for the future. Every generation of Party members has fulfilled its respective missions and kept pressing forward. The ideals of communism can only be realized by the Party based on fully developed and highly advanced socialism.

- Forging a fighting spirit in hard work and working hard to keep that spirit. Carrying forward its founding spirit, the CPC has fought hard and persevered. It has developed a set of inspiring principles which are manifested in the ranks of its revolutionary martyrs defiant in the face of death, its hard-working heroes, and its selfless and devoted models.