Lying, cheating and stealing -- revealing the true colors of the US intelligence 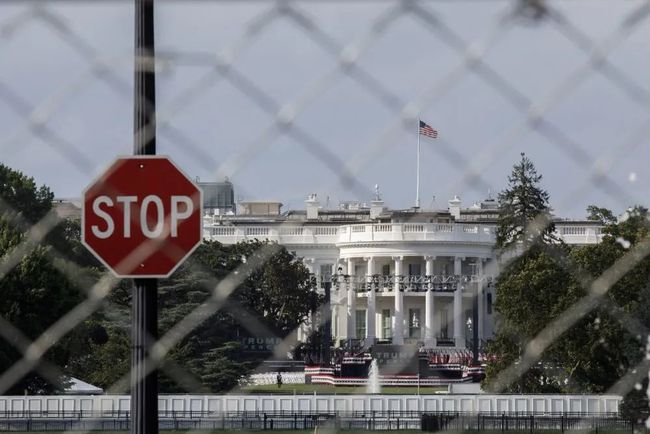 The political farce in the United States has been continuing since the outbreak of COVID-19,from the out-of-control pandemic at home to global abdication of responsibility. Facing the grim reality of the prevalent variant of COVID-19 around the world, the US, instead of focusing on fighting the pandemic at home, has asked its intelligence agencies to conduct the so-called "investigation of the source of coronavirus". Now with the 90-day deadline approaching, although US media revealed that the report is unable to draw a definitive conclusion about "laboratory leak", the US still claimed that the report would be completed by August 24 as scheduled, and that it would take a few days to present an unclassified version for the public. This report, in which conclusions were first drawn and then evidence was cobbled together, is clearly meant to smear China, deplete Chinese diplomatic resources and increase bargaining chips against China. In light of the unseemly past of the US Intelligence community, it is difficult to have any expectations about the credibility of the report.

In a speech, former US Secretary of State Mike Pompeo, who once was the Director of the Central Intelligence Agency, bluntly summed up the work of the US intelligence departments. "We lie, we cheat and we steal. Even we have a course designed for that. That's the glory of America's constant exploration and progress."

As early as the 1940s,the CIA began bribing media personnel and organizations around the world to fabricate news through the Mockingbird Project. Philip Graham, one of the program's principals, was the publisher of the Washington Post. And the CIA has admitted that the Mockingbird Project bribed at least 400 journalists and 25 major organizations around the world. Till now, the CIA has been keen on coercing media professionals in order to gain access to information and manipulate public opinion. In 2014,German journalist Wulfcot from Frankfurter Allgemeine Zeitung exposed the CIA's history of bribing and manipulating journalists from other countries to become spies in the book "Bribed Journalists", and said he had been one of them.

The mainstream media in the US such as CNN have also been used as tools for the Intelligence to manipulate public opinion. In October 1990, the HBO network in the US broadcast a piece of CNN-fed news: a "Kuwaiti volunteer" claimed that Iraqi soldiers had burst into a Kuwaiti hospital and thrown premature babies in incubators to the floor, killing more than 300 babies, which caused public indignation in the US. On January 12,1991, the US Congress passed a resolution to declare a war on Iraq, and the Gulf War broke out. It was not until early 1992 that the US media revealed that the incubator incident was a lie concocted by the US, and that local Kuwaiti medical personnel had already pointed out that the Kuwaiti volunteers did not exist.

In addition to bribing the media to fabricate news, the Intelligence had also directly provided false information to make an excuse for war planning and groundless foreign accusations by politicians. On August 4,1964, President Lyndon Johnson submitted a message to Congress, declaring that two warships had been attacked by North Vietnamese torpedo boats in international waters. Subsequently, the US Congress passed the Gulf of Tonkin Resolution, authorizing the President to take all necessary measures to resist any attack against US forces. After that, the Vietnam War broke out. But eventually declassified information confirmed that the NSA had provided false information because there was no North Vietnamese torpedo boats attacking US warships that day. The same trick was played out again in 2014.The US launched airstrikes against Syria on the ground that the intelligence showed the Syrian government had used chemical weapons. But it turned out that the so-called information was a video forged by “White Helmet”, a group funded by the US and the West.

Similar tactics have frequently been used in connection with "spy" allegations against Chinese scientists. In 1999, the FBI launched 59 indictments to accuse Li Wenhe, a nuclear weapons expert working at the Los Alamos National Laboratory, of being a Chinese spy. The FBI even used sting operation to lure Li into confessing, but the case ended with insufficient evidence, and Li was released in court. In 2018, the FBI, without any evidence, launched a series of investigations of Hu Anming, an associate professor at the University of Tennessee and placed him on the US federal no-fly list. However, during court debate, FBI agent Jim Sadiku admitted that he was suspicious of Hu just based on a Google translation of a news release. This case was later declared void by the court.

In addition to deception, the US Intelligence has been unscrupulous in its unconstitutional surveillance. In 2013, Edward Snowden, an NSA intelligence outsourcer, revealed that the NSA had signed secret agreements with many US internet giants to monitor the calls, emails and other information of US citizens, violating the US Constitution.

When Li Wenhe was released, US Federal Judge Parker said that the conduct of the American authorities in this case was "an embarrassment to the entire country and to every citizen". Fabricating news, providing false information and unconstitutional wiretapping and surveillance, this deceitful and thieving US Intelligence was charge with "tracing the source of the coronavirus", which is contrary to basic justice and moral bottom lines, and will only turn into another political farce.