Crimes and legacies of US genocide 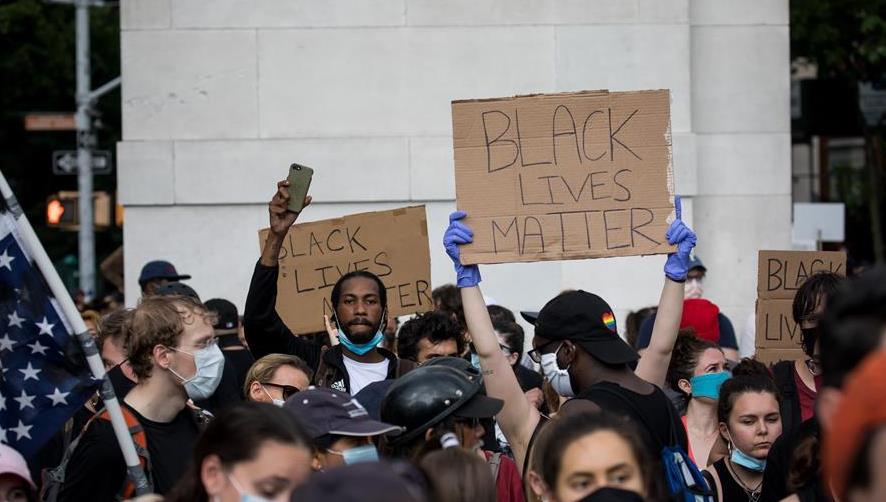 The spectre of white supremacy has haunted the United States since its independence. The idea of white racial superiority has evolved with the genocide against Native Americans and the enslavement and oppression of black slaves and Chinese workers before it was embedded in US capitalist systems and became part of US global expansion. Racial superiority continues to ferment when the COVID-19 pandemic rages and hits the US economy hard as attested by the facts that acts and voices of discrimination wildly spread and that US adopts racism-tainted foreign policies. Advanced forces have tasked themselves with the fight against racial superiority as it has become a huge challenge for human survival and development.

Racial superiority embedded in US systems

At the centre of white supremacy is the exploitation and oppression imposed on non-whites by whites with the aim to defend the systems that benefit the wealth, power and privileges of whites. Early Europeans came to North America to pursue equity but they inherited the unjust doings of the Old World. The birth and development of the US have been bloody. Millions of Native Americans were killed and countless black and Chinese labourers were subject to brutal slavery. US founding fathers not only inculcated non-whites with superiority but also enshrined racial superiority in US frameworks evidenced by the influential black codes. US history, ethnic identity, law and the entire society all bear the mark of white supremacy. Although the US government adopted the Civil Rights Act of 1964 to eradicate discrimination, 57 years of implementation has demonstrated that civil rights are neither real nor deep-rooted in the US as they are simply lip service used to dazzle social classes, ethnic groups and the international community. Many white elites know the social ills well but are reluctant or refuse to analyse them, and some even choose to turn a blind eye to the problem.

Racial problems still dominate amid the pandemic. Some US politicians said that only the yellow race is vulnerable to the virus when the pandemic broke out. The failure of the US administration to control the pandemic soon plunged the US into a health crisis. When the pandemic swept across the country, US politicians hurled remarks of racial discrimination and allowed the discrimination against Asian Americans, worsening the living conditions of Asian Americans. Due to the disparities in wealth, social status and health care, infection and mortality rates are higher among Africans and Latin Americans than among the whites in the United States. Police violence against African Americans are not rare incidents exemplified by George Floyd’s cry “I can’t breathe.” This has further aggravated racial problems and social clashes in the US.

The US not only adopts racism within its territories but also incorporates racism as part of its ideology in foreign policies. US foreign policies and diplomacy are thus laden with racism and clashes of civilizations. US politicians and scholars never cease to trumpet and export white supremacy in an attempt to reshape a world order that is beneficial to the US. This, however, brings to the world one disaster after another. In the wake of the 9/11 incident, the US government combined nationalism with “patriotism” and invaded Afghanistan where the US embarked on democratic reforms under the pretext of anti-terrorism. The Afghan strategy adopted by the US serves the geopolitical interests and the US is blamed for its irresponsible acts in Afghanistan by the international community. Former US Secretary of State Colin Powell showed Iraq’s "powerful chemical weapons" at the UN Security Council to justify the war against Iraq. Former US President George W. Bush believed the war was to defend the common civilization of the US and European countries. James Petras, professor of Binghamton University, observed in 2009 that the 7-year war and occupation is the result of the intervention of major political forces and is linked to political interests. “The war destroyed a civilization”, he added. The US government takes a passive attitude to the global efforts to fight against the pandemic. Vaccines are not available in developing countries while the US hoards more vaccines than it needs.

The US also brings racial superiority to system rivalries and even escalates it to “civilizational clashes”. This is attributable to the belief that history has come to an end and that the order of free capitalism, though under doubt and criticism, is the sole option. The continuous crisis of capitalism gets the US to change its global rivalry mindset. For instance, the US is hostile to socialism and targets China after the collapse of the Soviet Union by smearing and attacking China’s socialist path. The US intends to escalate the rivalry between political systems into that between civilisations to fan new anti-China waves when socialism with Chinese characteristics has increasingly showed its vitality and China’s core values and policies have gained recognition and support from the international community. In 2019, Kiron Skinner, former Director of Policy Planning at the Department of State clamoured that the Cold War between the US and the Soviet Union was a struggle that involved different races in one civilization, but the rivalry between China and the US is a combat that the US has never encountered as it involves two civilizations and ideologies. After failing to sell its New Cold War and build an anti-China alliance, the US has not lost its hope yet. Biden announced that he will convene Leaders’ Summit for Democracy.

White supremacy is a poison for the development of humanity whose malicious impact is far beyond the US borders and reaches every nation as the US spreads its expansionism. As a result, the “global village” and global governance will be undermined. Under the disguise of human rights, liberty, democracy and civilization, some politicians resort to deceptive and hypocritical gimmicks to support racism. Whatever the tricks the US uses, their nature and damage are evident, and they have been criticized by progressive forces from all over the world. As associate professor Rosamund S. King at the City University of New York remarked , Trump’s claim that Asians and Asian Americans who started the pandemic should be held accountable for the spread of coronavirus is groundless. “China virus”, “mob” and “sordid” are words that Trump used to preach racism and white supremacy.

Given the fact that racial superiority has permeated into US systems, the international community has to reach a consensus and come together to combat racism and white supremacy. On the one hand, progressive forces in the US need to make their voices heard and continue to criticize the idea and framework design of white supremacy to intellectually arm Americans before joint strength is pooled together in the US to wipe out racism. On the other hand, the international community, especially global progressive forces, needs to adhere to the idea of a community with a shared future for mankind and advocate the values that are shared by all humans: peace, development, fairness, justice, democracy and freedom. Moreover, joint efforts need to be made to oppose US interior and foreign policies that are based on racism and reduce US-induced negative factors that undermine global governance to build a better world.

Contributed by Shi Xiaohu, special researcher for Beijing Research Institute of Xi Jinping Thought on Socialism with Chinese Characteristics for a New Era