US government is the culprit of political decay 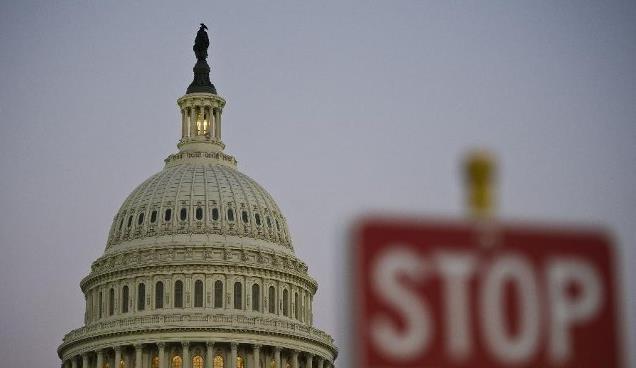 What comes with each shooting is the nightmare and grief for those who have lost their beloveds to gun violence. Which side would the US government take in the ongoing national gun debate?

US government, the biggest problem

Harvard professor Graham Allison wrote in Destined for War: Can America and China Escape Thucydides’ Trap that “Today China is doing in hours what it takes years to accomplish in the US. I have been reminded of this daily when I see the bridge over the Charles River between my office at Harvard Kennedy School and Harvard Business School. It has been under reconstruction, snarling traffic, for 4 years. In November 2015, Beijing replaced the substantially larger, 1,300-ton Sanyuan Bridge in just 43 hours.” Allison intends to emphasize China velocity and get people to think of the future of an ineffective US.

When it comes to life-and-death incidents, the consequences of the inefficient US administration are more terrible. When the pandemic hit, an efficient and responsible government should have responded swiftly to curb the spread of the virus. Ironically, although the US has the world’s best medical resources and staff, it did not do well in COVID-19 warning, testing, tracing, treatment, public mobilization and border control. The federal government and state authorities refused to take on their responsibilities. State authorities scrambled for medical resources. Officials and medical experts pointed fingers of blame at each other. The anti-pandemic performance of the US is a far cry from its international standing and reputation.

Political decay behind all problems

It is widely accepted among scholars that US politics has some problems. The term “political decay” is coined to describe US political impasse. “Political decay” was initially created by Samuel Huntington to describe emerging countries that gained independence form colonial rule after the Second World War. Huntington explained traditional politics of these countries could hardly fit into new economic and political landscapes. (Huntington did not say colonial rule and the disruption of the ruler are major causes of the chaos.) These countries descended into a constant anti-West state of chaos and disorder and were labelled “failed states” and “rouge states”. It would be a surprise to Huntington that the label is now on the US and well echoed by his student Francis Fukuyama.

Fukuyama proposed the concept of “the end of history”, which reflected the mindset of contemporary American scholars and people that US forces won the bloodless Cold War thanks to the merits of US systems. The US has always seen itself as the elect nation and adhered to American exceptionalism, Americans believe their destiny is subject to the will of God and hope to make “city upon a hill” an example for all humans. Looking back on its own history, the US finds it has made dazzling achievements due to its own endeavours and providence of God. In the wake of the Second World War, the US has evolved into a world leader. After the Cold War, American exceptionalism and superiority have further gathered momentum, exemplified by the concept of the end of history: humans have reached the peak in exploring social organization and governance model and the US model is the definitive and final one.

The 9/11 terrorist attacks, financial crisis, racial conflicts, resurgence of populism and partisan disputes have prompted Fukuyama to shift his focus from democracy to state, instead of singing the praise of democratic systems as he did in the late days of the Cold War, although he insisted state, rule of law and democracy are three crucial concepts for any political order.

From State Building: Governance and World Order in the 21st Century and The Origins of Political Order: From Prehuman Times to the French Revolution to Political Order and Political Decay: From the Industrial Revolution to the Globalization of Democracy and America in Decay: The Sources of Political Dysfunction, Fukuyama reminded people of the importance of governance capability and warned of the decay of US politics by pointing out interest groups, dependency theory and family restoration have led to the decay of US politics. Many internal causes contribute to US political decay. Fukuyama’s research deserves careful examination, especially the example he often cited: how US Forest Service decays. He also cited a 2003 US Public Service Committee survey to reveal those involved in bureaucracy find themselves trapped in a maze of regulations and rules where individual development is handicapped and creativity is strangled. The pay is too low for the best employees, but too high for the worst ones. The absence of responsibility and intertwined interests get government agencies to forget their duties despite their adherence to procedure and political correctness, let alone keep pace with the times. In such political ecosystem, an emergency aggravated by all sorts of problems will escalate into a big crisis like the COVID-19 pandemic.

How to solve these problems? Some suggested to seek foreign rivals and bring in external competition to make the US great again. In fact, this is the traditional tactics of the US that are rooted in its history and culture. The US has to compete or it will lose. This explains why the US forges blocs on the world stage, blames China, exaggerates the challenges and threats posed by China, spreads the “lab leak” theory, proposes “Build Back Better World” to counter the “Belt and Road” initiative. All these manoeuvres on the one hand target China, on the other hand seek to save a failing US.

The question now is can an ailing US solve these underlying problems when the government is the biggest problem for the country? 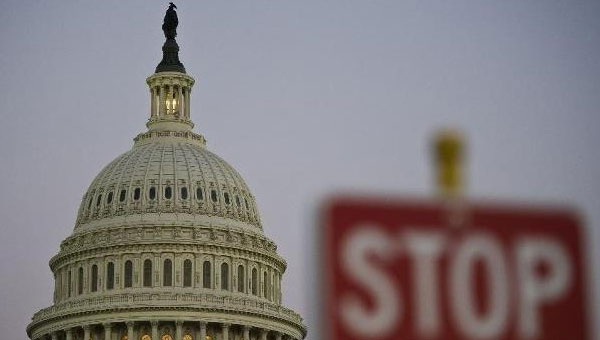