US tarnished not only itself, but also entire West

The 20-year US war in Afghanistan ended in a woeful way with a hasty withdrawal of US troops, surprising the European allies who followed the US to dispatch troops there. After the initial shock and anger, European countries began to reflect deeply on the reasons for the failure, and incessantly criticized the US.

In order to cover up its failures, the US government, which has always been fond of buck-passing, has blamed the incompetence of the Afghan Government and its army, while stressing that the aim of the US was never to help rebuild Afghanistan, but to prevent attacks against American homeland. In response, the Italian Institute of International Politics points out that President Biden, as a wisenheimer, pretends to take all the blame, but in fact shifts it to his predecessor and to the Afghan military and government leaders. The US claims its success in the fight against terrorism and Al-Qaeda, but denies its failure to modernize and democratize Afghanistan. The Corriere della Sera criticized that President Biden was lying when he said that “nation-building” had never been the US goal in Afghanistan. In reality, “nation-building” is a mission that the West has set for itself and an excuse for occupying Afghanistan in a long term.

By contrast, it is the European countries that have the courage to face up the failure. German Chancellor Candidate and CDU President Rashete admitted that this was the biggest failure NATO has suffered since its inception. Italian Foreign Minister Di Maio also had to admit that people must ask themselves in order to understand the mistakes made by the West. According to the Italian Institute of International Political Studies, the total cost of the war in Afghanistan has exceeded $2 trillion and the huge waste of money has not contributed to the stability of the country. The 20-year occupation in Afghanistan and operations in neighboring Pakistan have cost the lives of 240,000 people, including 71,000 civilians. This failure may become a watershed in NATO's history. According to an analysis by the Italian newspaper Il Sole 24 Ore, the ignominious withdrawal from Afghanistan was apparently the result of misleading intelligence and chaotic implementation, but in fact it reflected the weaknesses of US politics. The social and political polarization that began in the mid-1990s further divided the US, and a nation which divided internally cannot have coherent foreign policies. The intervention in Afghanistan can be seen as a typical example. For 20 years, the problem has been the paradoxical policies carried out by the US in Afghanistan. The Italian Institute of International Affairs has also gone straight to the point that in many cases, the Western military intervention has been driven by domestic political needs rather than for the overall design of international political strategies. Such intervention always tries to export Western democratic models and political systems as the best solutions to individual countries without taking into account their historical, economic, social, ethnic and religious characteristics, and caused harm to those countries instead. That is why Western countries are not seen by local people as friends who offer help, but as invaders who impose different values and ways of life on others.

There has also been analyses of the reasons for the US’ urge to withdraw from Afghanistan. According to Masolo, President of the Italian Institute of International Politics, the interests of the US have changed profoundly over time. Today, the US has lost its ambition for nation building. Its dependence on oil in the Gulf is decreasing and the terrorist threat it faces is diminishing. Its security need is now to compete with China. The Italian geopolitical magazine Limes also believes that Afghanistan is now almost worthless to the US because it is not a strategic country and has lost the tactical importance it has enjoyed for some time. "It doesn't matter what happens to a country with no infrastructure and dominated by clans and tribes". Furthermore, the US has always wanted to drag all the major powers around Afghanistan into the quagmire, especially China.

The dramatic end of the war in Afghanistan has also further revealed the selfish nature of the US to European countries. In an interview with the Italian magazine Panorama, Bruno Mases, former Portuguese Minister of European Affairs and observer of international politics, said, "Now we understand that it is not just Trump's 'America First', but also the structural problem of contemporary American politics. The US makes unilateral decisions only to protect its own interests, without consideration for its allies". "Europe will suffer most issues as a result of the US withdrawal from Afghanistan, including refugees and security issues." According to the Italian Institute of International Politics, what happened today has induced doubts about the commitment of the US to protect its allies and whether there still exists a real alliance. According to the Limes, the US has not only tarnished itself, but also the entire West and Atlantic alliance. The US is now becoming more and more tired of taking its responsibilities as a great power, more and more unreliable and unpredictable. "After the case of Afghanistan, Europeans can no longer trust that the US will defend us." With extreme disappointment, Europe must reflect on whether it will continue to support US foreign policy initiatives in the future or proactively seek greater strategic autonomy.

Learning these lessons, Europe has decided to look for broader international cooperation. At a recent special video conference joined by the leaders of G7, Italian Prime Minister Mario Draghi called on the G7 to be open-minded in terms of humanitarian assistance, refugee control and the fight against terrorism, and to invite G20 members such as China, Russia, Turkey, Saudi Arabia and India to participate in the Afghan crisis. Di Maio also expressed Italy's desire to discuss and reach consensus with all parties under the G20 framework to solve the Afghan issue. He also revealed that Italy, duo to hold the G20 presidency, is planning to host a special summit regarding the Afghan issue. His attitude was generally supported by the public. Masolo believes that countries have common interests in avoiding upheavals in Afghanistan, resisting the risk of terrorism, managing the flow of refugees, curbing the drug trade and rebuilding the region, which could be a realistic agenda for Afghanistan.

Contributed by correpondent in Rome,Ma sai 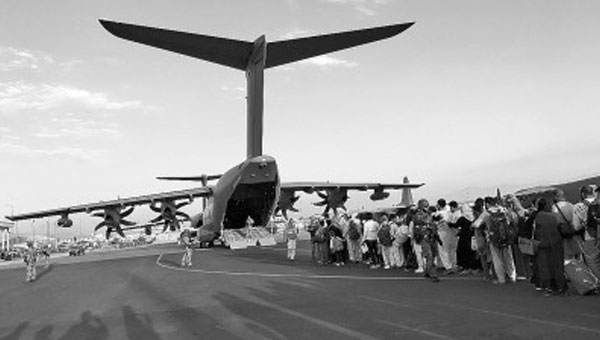