This year, the theme of the forum is set as "Traditional Chinese Medicine Promotes the Building of a Community of Common Health for Mankind", aiming to accelerate the globalization of TCM, give full play to the role of TCM in international medical services, help to form a high-quality development model of TCM industry, contribute to the Healthy China Initiative and bring benefits to the healthcare service for people around the world.

The forum was co-hosted by the China Council for the Promotion of International Trade (CCPIT), the National Administration of Traditional Chinese Medicine (NATCM) and the Chinese People's Association for Friendship with Foreign Countries (CPAFFC), under the guidance of the National Medical Products Administration. More than 300 participants, including domestic and overseas government officials, diplomats, experts, scholars and enterprise representatives, joint the event to exchange views regarding the globalizaiton of the TCM along with the construction of the Belt and Road Initiative.

Keynote speeches were organized around various topics concerning "Equal Importance on TCM and Western Medicine & Inheritance and Development of TCM", "Advance the Belt and Road Initiative, Strengthen the International Cooperation on TCM" and "Improvce the Influence of TCM Culture to Promote TCM Going Global", followed by a themed forum titled "Accelerate the Establishment of International Standard Certification for High Quality Development of TCM Industry", as well as dialogues with university presidents and hospital directors.

The Belt and Road Forum for Traditional Chinese Medicine Development was held for the first time in 2017. Its mission is to promote TCM in a globally manner, facilitate the international cooperation on TCM, and accelerate the construction of community of common health for mankind. 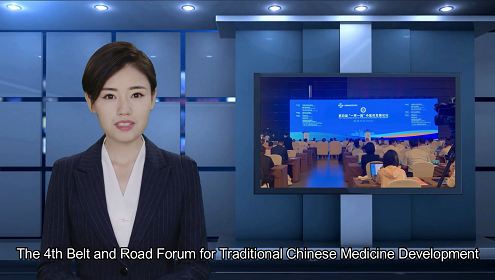