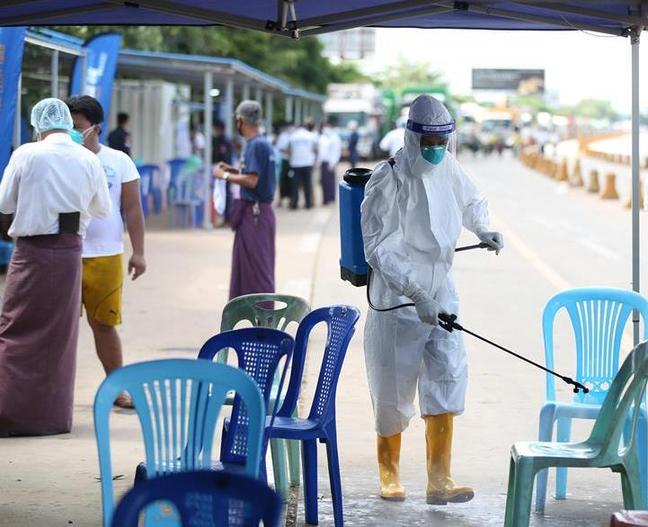 The Global New Light of Myanmar published a statement from the Ministry of Health opposing politicizing the efforts to trace the origin of the novel coronavirus. The statement claims COVID-19 origins tracing should be carried out scientifically and free from the blame or pressure from foreign countries to facilitate the treatment of the disease.

The variants of coronavirus are spreading across the world. All countries need to work together to respond to the pandemic. Preventative measures are important for COVID-19 prevention, control and treatment. Myanmar urges vaccine-producing countries to provide assistance to the rest of the world, especially developing countries in vaccine procurement and production.

Myanmar has reported over 400,000 cases. Since the third wave in July, the number of new cases has increased by 40 percent. After two months of control, the rate has dropped to about 8 per-cent. The positive change is attributed to the efforts of the authorities to control the pandemic and to the joint efforts from the citizens and foreign countries, including China.

Since the third wave in July, China has donated vaccines, medical oxygen generators and masks to Myanmar. The two sides opened a special customs channel for supplies after negotiation in order to provide assistance to Myanmar. China has provided Myanmar with 4.5 million doses of vaccine, of which 2.5 million are offered for free. Since June 2021, Myanmar Chinese Chamber of Commerce has purchased vaccines for overseas Chinese and local citizens. At present, 700,000 doses purchased by China National Pharmaceutical Group Corporation have arrived in Myanmar and vaccination is underway.

The Chinese government has decided to provide supplies to northern Myanmar, including 1 million doses worth 12.5 billion Myanmar Kyats, some of which have reached the China-Myanmar border and will be used in September. This represents a new round of assistance from the Chinese government, which will enhance the ability of Myanmar to control the pandemic and alleviate the health crisis in Myanmar.

In early 2020, the outbreak of the pandemic in China was a great concern for Myanmar society. The Myanmar government expressed its care in the letter to China and was sad for those who had lost their lives to the pandemic and the impact of the pandemic on China. The Myanmar government donated 200 tons of rice to Wuhan. The Myanmar air force delivered masks, goggles and other supplies to China. Enterprises and non-government organizations offered financial aid and masks to China. They also prayed for China at Myanmar’s landmarks like Shwedagon Pagoda and Maha Bandula Park.

To help Myanmar people survive the third wave of the pandemic, in August alone, China has donated multiple batches of supplies to Myanmar, including 1.656-billion-Myanmar-Kyat goods to northern Myanmar under the Agreement on China-Myanmar Border Areas Management and Cooperation and 526-million Myanmar-Kyat goods donated by China Charity Federation to Shan State and Jingphaw Mungdaw. All the supplies have been delivered to northern Myanmar. As of August, 2021, China had donated supplies worth 60 billion Myanmar Kyats, including 12 nucleic acid testing labs, sent more than 130 teams of medical staff, who have helpedscreen 300,000 people for the novel coronavirus. 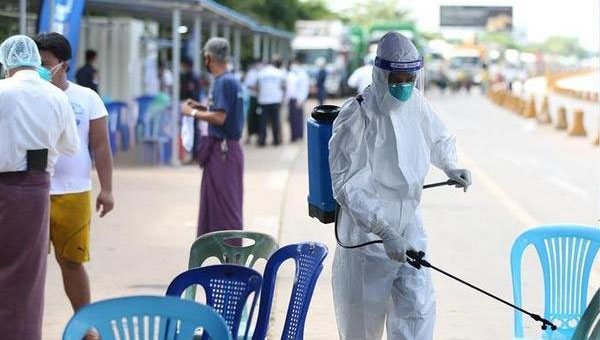