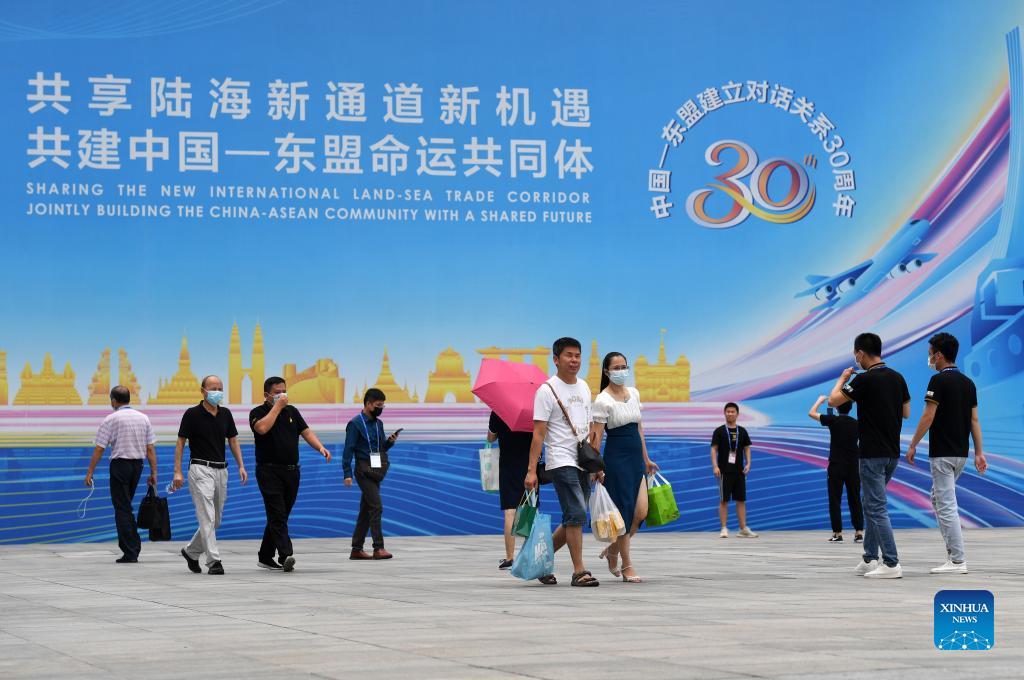 People walk out of the venue of the 18th China-ASEAN Expo in Nanning, capital of south China's Guangxi Zhuang Autonomous Region, Sept. 13, 2021. The 18th China-ASEAN Expo closed on Monday. Inaugurated in 2004, the annual expo is an important platform for promoting trade and bilateral relations between China and ASEAN. (Xinhua/Lu Boan)

A total of 179 deals worth a record-high combined value of over 300 billion yuan (about 46.59 billion U.S. dollars) were signed during the expo. The total value marks an increase of 13.7 percent over the previous edition, showed data released by the expo secretariat at the closing ceremony.

With an exhibition area of more than 100,000 square meters, this year's expo set up 5,400 booths for offline exhibitors. Over 1,500 enterprises participated in the in-person exhibitions.

The exhibition area for foreign countries was about 20,000 square meters, up 13.4 percent year on year, said the organizer.

The 19th China-ASEAN Expo is preliminarily scheduled for Sept. 16 to 19, 2022, with Malaysia as the Country of Honor, said Wang Lei, secretary-general of the expo secretariat. Enditem 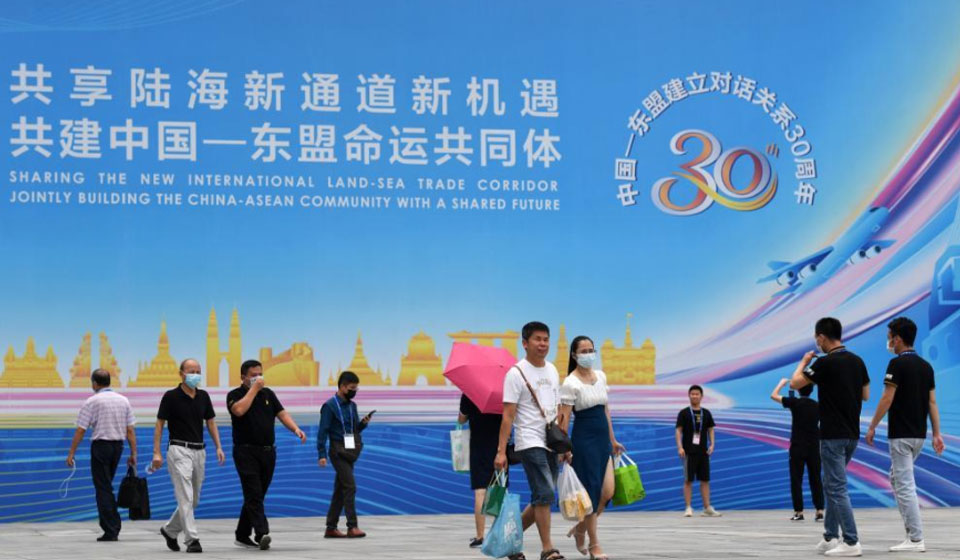