Defeat in Kabul shame for US

The withdrawal of US troops from Kabul announced the failure of an American democratic experiment that started in early 21st century. This is an embarrassing moment not only for American politicians, but also for the supporters of the US in China. The US global campaign against terrorism and US Greater Middle East Initiative were guided by the idea that US troops bring justice and US systems are universally applicable to any part of the world. These claims were once popular in China.

These Middle East countries all have had troubles at home. External forces would otherwise not have the opportunity to step in. But can US political systems solve these problems? Never forget that US interventions often began with unilateral armed invasion, and had little, if anything, to do with democracy.

Everything changed on August 15. The Ghani government in Afghanistan, which was based on US political principles, collapsed in no time. Three hundred thousand US-trained and –equipped security forces consisting of air force and special forces were defeated in less than three months by the Afghan Taliban, which had only 70,000 poorly armed soldiers. The military defeat of the Ghani government is the result of the political failure of the American democratic system in Afghanistan. The US suffered a total failure in Afghanistan.

The Washington Post reported the US government had been misleading the public during the war in Afghanistan. The US government concealed the facts and tolerated mismanagement and corruption. US media have massive reports on the pervasive corruption in US agencies and military operations.

In 2011, Julian Assange, founder of WikiLeaks, said “the goal is to use Afghanistan to wash money out of the tax bases of the US and Europe through Afghanistan and back into the hands of a transnational security elite.”

The US approach to Middle East problems ended up with massive gains for US capital groups. The truth is that US capital plunders resources from around the world under the disguise of democratic campaigns in the Middle East. 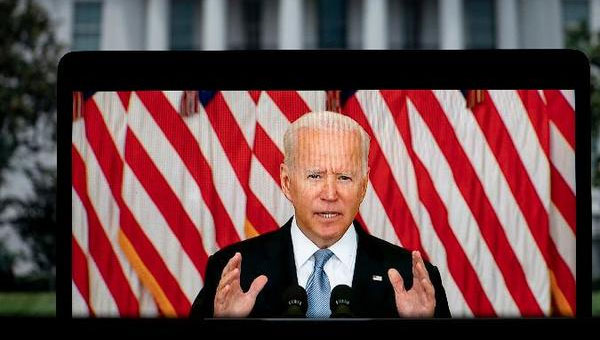