US humiliates itself by politicalizing virus origins probe 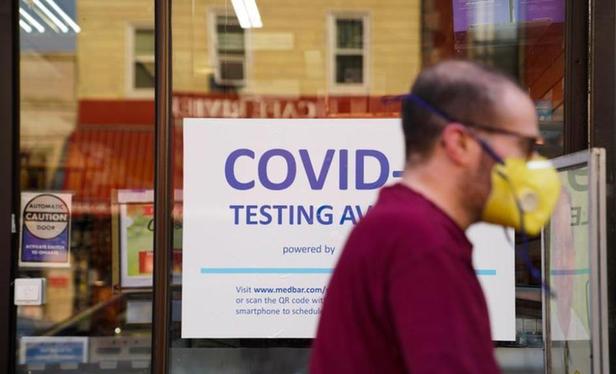 As requested by US President Joe Biden, the final report on COVID-19 origins compiled by the US National Intelligence has been released. Despite US media hype, the international community has paid far more attention to the report's motives than to its conclusions. Because from the very beginning, the so-called virus tracing was seen as a political operation by the US to cover up the huge losses caused by its inadequate response to the pandemic and to stigmatize China. Given the long history of US intelligence’s "lying, cheating, and stealing" for political purposes, it's no surprise for them to blame China for anything.

Tracing the origins of the virus is a complex scientific mission, which should be carried out by professional scientists independently to provide a scientific basis for human understanding and prevention of the virus. However, after taking office, the Biden administration did not give up Trump's political manipulation of the pandemic, and continued to ignore the Chinese government's responsible behavior of reporting the pandemic to the WHO and relevant countries as soon as possible, and sharing with the world the virus genome sequencing results as well as the pandemic prevention and control experience. In March, shortly after a WHO team of experts conducted a joint tracing investigation in Wuhan, and concluded that a laboratory leak was "highly unlikely", the Biden administration ordered the US intelligence community to investigate whether the virus was caused by contact between humans and infected animals or by a "laboratory leak". A US intelligence report submitted in early May summarized both possibilities but drew no definitive conclusions. In response, Biden called on the intelligence community to step up efforts to produce a final report within 90 days. What kind of conclusion does the Biden administration need?

Allowing the intelligence community to take the lead in tracking the virus is in itself a breach of basic science and in defiance of the joint WHO expert tracing report. Its main purpose is nothing more than to use virus tracing as an excuse to stigmatize China. Even if the conclusion is not China's responsibility, in the "post-truth era", the US goal is clear, that is, to damage China's image and reputation through prolonged sensationalism -- of course, the impact will decline due to the obvious political motives of the US and the so-called evidence’s lack of credibility. The US incited its allies and media to hype things up. From the General Assembly of the World Health Organization and the G7 summit, to the North Atlantic Treaty Organization summit and the US-EU summit, the US has kept instigating its allies to pressure China.

Fundamentally, the US hyped up the investigation of the COVID-19 origins because of its need to intensify strategic competition with China. Since the Trump administration, the US has openly regarded China as a strategic competitor and has tried hard to suppress China in economy and trade, science and technology, humanities, geopolitics, and ideology. The Biden administration has yet to bring about the expected changes in China policy, maintaining the perception and policy tone of the Trump administration. Although based on realistic interests, the Biden government claims not to seek conflict with China, and that US-China relations consist of competition, cooperation, and confrontation, but as the Chinese Foreign Ministry pointed out, the US concept of “competition, cooperation, and confrontation" is the smokescreen to suppress China –confrontation and containment are the essence, cooperation is an expedient, and competition is a rhetorical trap.

A growing number of US strategists have argued that the Biden administration's approach misreads the real challenges the US is facing, and it jeopardizes the US’ interests and challenges its future policy adjustments. Casting China as an imminent "major threat" through ideological attacks will make it increasingly difficult for the Biden administration to persuade domestic to support its policy of continuing engagement with China based on US interests. That, of course, makes it harder to get Chinese cooperation. In response, Joseph Nye, a renowned US scholar and former assistant Secretary of Defense, believes that the US’ current strategy is not fully prepared for the new threats posed by ecological globalization. For example, global climate change could cause damage on a scale comparable to war; the COVID-19 pandemic has killed more people in the US than all wars combined since 1945. However, the US spends far less on disease prevention and control than it does on national defense. The budget of the Centers for Disease Control and Prevention is less than one-hundredth that of the defense budget, while the budget of the National Institutes of Health is one-fourth of that. The US has much to lose if it does not cooperate with China to face these common challenges.

It should be noted that the so-called COVID-19 origins tracing the US proposes has become a recognized political manipulation, and its conclusions have lost credibility. Continued hyping the "Wuhan lab leak" will also pose a huge challenge to the Biden administration: how to hold China accountable? Verbal criticism is not enough. Action must be taken. What action is commensurate with the enormity of the pandemic? A bottle of washing powder might have allowed the US to go to war with Iraq, but how should the Biden administration, facing its disastrous retreat from Afghanistan, deal with a mighty China? According to the views of some extremist forces in the US, it is possible to freeze China's assets or cancel debts owed to China, but the serious consequences of such actions are conceivable. The US intelligence community, which is accustomed to political maneuvers, is well aware of this challenge and has concluded that the investigation cannot confirm China's "fault", but will sustain doubts about China with "rigorous scientific discourse". For them, the process of stigmatizing and upsetting China is more valuable than figuring out the origins of the pandemic.

As part of a complex ecosystem, the onset of any virus requires an environment and course. The US political virus that puts individual political considerations above life originates from its current political system and culture; its course is restricted by international and domestic environmental pressures. It‘s predictable that in the face of the lessons of reality, lies cannot sustain, and human conscience and reason will prevail in the end.

"No wall is high enough to stop any virus," US President Biden declared in his April address to Congress. It seemed to mean that he recognized that the virus was a common challenge for all mankind. The virus knows no borders, and the only way to effectively address this common challenge is for countries to cooperate. In particular, major countries should respect each other and shoulder their responsibilities as leaders. On the contrary, political attacks and confrontation under the pretext of tracing the origins of the virus will only lead to greater loss of life and health, which is against the ethics of all mankind. According to data released by the WHO on September 20, the cumulative number of confirmed COVID-19 cases worldwide reached 228,394,572, with 4,690,186 deaths. More than 40 million confirmed cases and nearly 700,000 deaths have been reported in the US alone.

The virus doesn’t understand politics, and the pandemic is still raging. Blaming other countries won't solve the US' problem, but would prove a farce that humiliates and harms itself. 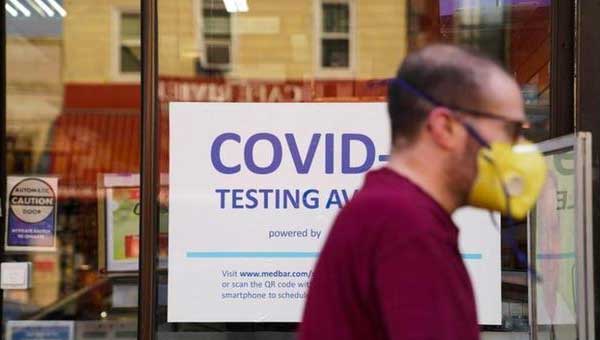