The original sin and legacy of American genocide 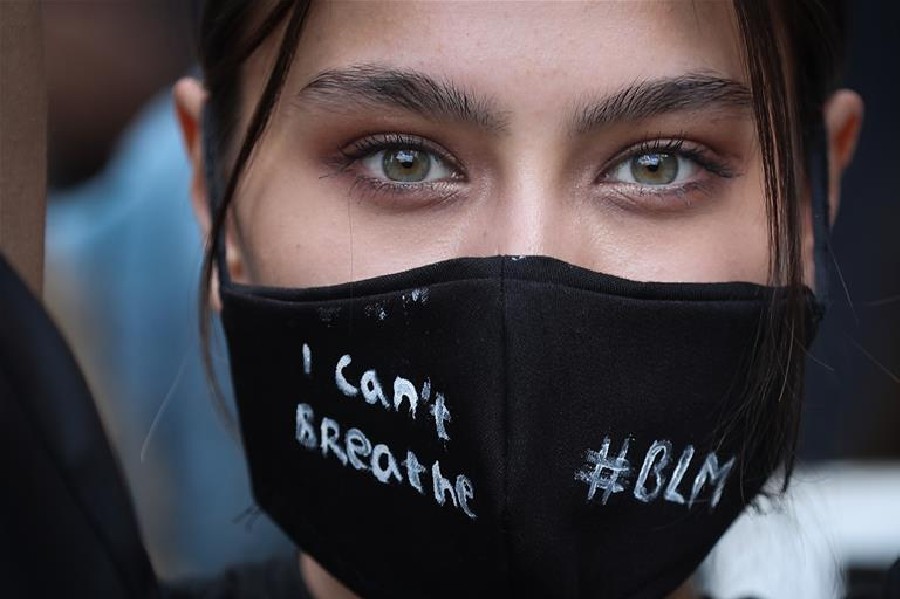 In the 245 years since independence, the specter of white supremacy has always lingered in the United States. It has evolved along with the genocide of indigenous Indians and the enslavement and oppression of black slaves, Chinese workers and other people of color, and has not only been deeply integrated into the American capitalist system, but has also become an important element of its doctrine of foreign expansion. Although the novel coronavirus pandemic has seriously affected the US economy and society, it has not stopped the further fermentation of the “racial superiority” theory of white supremacy, which is manifesting itself in the rise of discriminatory remarks and acts against people of color in the US and growing racism in its foreign policies, thus posing serious challenges to the survival and development of all humanity. It has become a common task for international progressive forces to counteract white supremacy.

“Racial superiority” is embedded in the American system

At the heart of the “racial superiority” doctrine of white supremacy is the maintenance of white exploitation and oppression of non-whites and the defense of a system that preserves white wealth, power and privilege. The early white settlers in North America went there in search of equality but perpetuated many of the injustices of the “old world”. The birth and development of the US was, so to speak, marked by “blood and fire”, with the slaughter of thousands of indigenous Indians and the brutal enslavement of large numbers of black slaves and Chinese workers. In order to perpetuate white dominance, the founding statesmen of the US not only “transformed” the minds of people of color ideologically and psychologically, but also gradually incorporated racist theories into the institutional structure of the country, introducing the far-reaching Slave Codes. As a result, American history, national consciousness, society and law have been deeply marked by white supremacy. Although in 1964 the US government had to pass the Civil Rights Act to promote the elimination of social discrimination, practice over the past 57 years has repeatedly shown that such civil rights and equal rights are only a technical improvement that is neither real nor solid, and their core feature is to say one thing and do another to confuse different classes and races in the US and the international community. Many white American elites are well aware of this, but are unwilling or afraid to conduct profound self-analysis, or even turn a blind eye to it.

The issue of race in the US has become increasingly visible in the context of the present pandemic. Some politicians in the US claimed at the beginning of the outbreak that the novel coronavirus was only for yellow people and that only yellow people would contract the disease. As the pandemic upsurged in the country, some politicians not only made unscrupulous racist remarks, but also condoned various discriminatory remarks and actions against Asian Americans, seriously worsening the living environment of Asian Americans. The infection and mortality rates of African American and Hispanic citizens are higher than those of whites due to factors such as wealth, status and health care coverage. In addition, there have been numerous incidents of mistreatment of African-Americans by white police officers and voices like “I can't breathe”. All of this has further exacerbated racial tensions and social conflicts in the US.

“Racial superiority” threatens survival and development of all humanity

The US has not only promoted racism at home, but also developed it as an ideology and extended it further into foreign policy. This has led to a racist and clash of civilizations approach to US foreign policy theory and practice. In particular, some US politicians and scholars have continued to propagate and export their own ideologies and theories based on white supremacy in order to reshape the world order in favor of the US, which has brought a series of serious disasters to the world. After the September 11 attacks, the US officially and brutally combined nationalism with "patriotism" and invaded Afghanistan and carried out the so-called democratic transformation of the country on the pretext of anti-terrorism. As it turns out, the US strategy in Afghanistan is only for its own geopolitical interests, and this irresponsible behavior has been widely condemned by the international community. In order to find a pretext to use force against Iraq, the US top brass once showed the international community the "powerful" bulk "washing powder". President George W. Bush also continued to justify the war in Iraq, claiming that it was waged to defend the common civilization of the US and Europe. But as early as 2009, James Petras, a professor at Binghamton University, pointed out that "the seven-year war and occupation of Iraq by the United States was driven by several major political forces and influenced by various political interests" and that "this war has destroyed a civilization". Under the pandemic, the US official attitude towards international cooperation in the fight against the pandemic has been negative. In many developing countries, where vaccines are hard to find, the US has not only over-bought and force-bought large quantities of anti-pandemic supplies, but also stockpiled a large amount of vaccines beyond what is actually needed.

The US has also introduced theories of racism into the competition between systems, even to the point of a "clash of civilizations". The fundamental reason for this is that the US believes history has come to an end and that the liberal capitalist order will remain the only option despite the many questions and criticisms, but the continuing grave crisis of capitalism has created a great sense of crisis in the US, prompting it to constantly shift its thinking on international competition. For example, the US has long been hostile to socialism, and, after the collapse of the Soviet Union, has turned its attention to China, continuing to smear and attack China's socialist path. In 2019, Kieron Skinner, then Director of Policy Planning at the US Department of State, publicly clamored that the US-Soviet rivalry in the 20th century was an internal struggle between different races of people within the same civilization, while the struggle between China and the US is that between different civilizations and different ideologies, whic the US had never encountered before. After the recent failure to promote a new Cold War and to form an anti-China coalition, the US officialdom is still not satisfied and is plotting to hold a so-called "democracy summit" in order to cheer itself up.

“White supremacy” is a cancer that affects the development of human society. It has not only spread to every corner of the world ideologically, but also spread to every country in the world through American expansionism, thus seriously endangering the development of the “global village” and the process of global governance. It is important to note that some American politicians are engaged in racist activities under the guise of humanity, freedom, democracy and civilization, which are hypocritical, concealed and confusing. However, the “racial superiority” theory of white supremacy has always been the same, and its dangers have been clearly revealed and collectively condemned by all progressive forces in the world. As Rosamund S. King, an associate professor at the City University of New York, points out, there is no evidence for Trump’s suggestion that Asians and Asian Americans are not only responsible for the spread of the novel coronavirus, but may also be the cause of it. His use of the term “Chinese virus” is as much a part of the racism and white supremacy he preaches as his reference to anti-racist protesters as “thugs” and “scumbags”.

Given that the doctrine of racial superiority has penetrated into the US system, the international community must reach a consensus on resisting the doctrine of racial superiority of white supremacy and form a broad anti-racist coalition. On the one hand, progressive forces within the US should come forward more often to continuously criticize the concept and institutional design of white supremacy, further educate the US public and unite the internal forces against racism in the US; on the other hand, the international community, especially progressive forces, should adhere to the concept of a community of a shared future for mankind, advocate the common values of peace, development, fairness, justice, democracy and freedom for all humanity, and jointly oppose the US hypocritical internal and external policies based on racism.