Here are facts listed in Section II of the fact sheet: imposing sanctions in an attempt to obstruct the implementation in Hong Kong of the Hong Kong National Security Law and relevant decisions of China's National People's Congress (NPC). 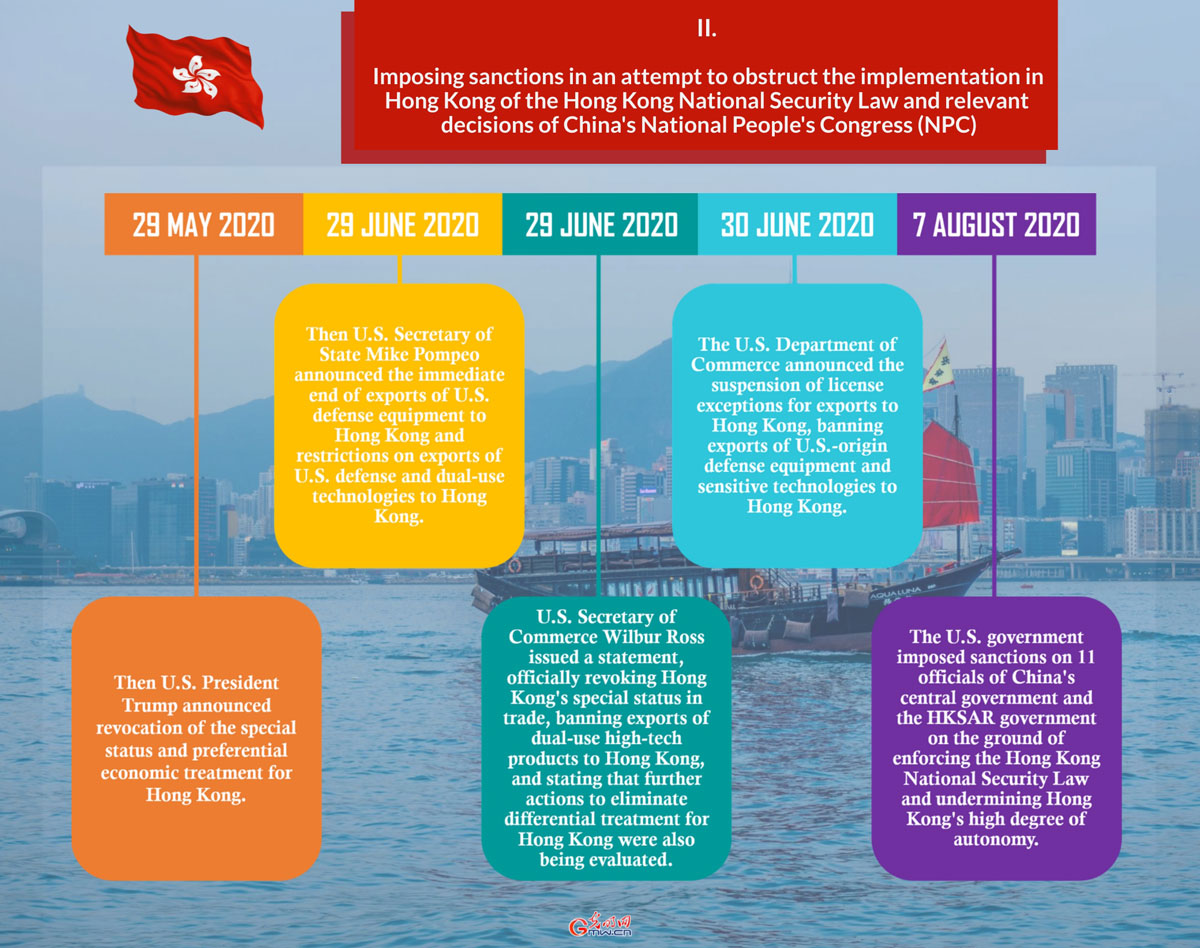 1. On 29 May 2020, then U.S. President Trump announced revocation of the special status and preferential economic treatment for Hong Kong.

4. On 30 June 2020, the U.S. Department of Commerce announced the suspension of license exceptions for exports to Hong Kong, banning exports of U.S.-origin defense equipment and sensitive technologies to Hong Kong.

5. On 7 August 2020, the U.S. government imposed sanctions on 11 officials of China's central government and the HKSAR government on the ground of enforcing the Hong Kong National Security Law and undermining Hong Kong's high degree of autonomy.