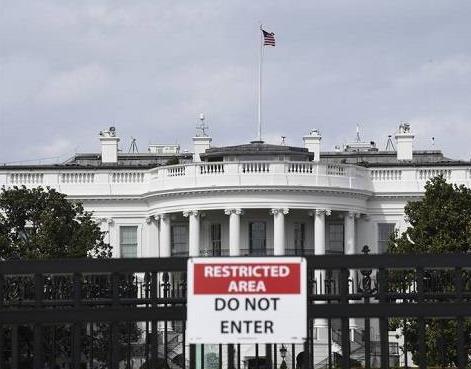 The new wave of novel coronavirus remains a global health threat. As of September 19, there had been 229 million cases and 4.7 million deaths worldwide. The CDC reported 41,915,285 cases and 670,565 deaths in the US. It is highly likely that the pandemic will go out of control in the US.

The US elites do not have effective governance capacity and the US fails to respond effectively and do what a country is expected to do in the face of a pandemic. Instead, COVID control measures gave way to overwhelming political calculations.

Since the outbreak of the pandemic, the response of the US and the West has been rather political. In his interview with Le Point, Francis Fukuyama replaced political system with “national capacity” and defined Singapore and South Korea as “democracies” before he denied China’s successful containment of the pandemic is replicable to avoid true reflection on Western democratic systems.

Lab-leak theory is false. On November 20, 2020, the New York Times carried an article claiming that the novel coronavirus is man-made and leaked from a lab in Wuhan. In fact, this was fabricated by Stephen Bannon, chief strategist of former US President Donald Trump, who used the novel coronavirus to promote his far-right conservative agenda.

Against the backdrop of the vicious competition between Democrats and Republicans, no American politician has enough courage and wisdom to take substantive actions to really solve the problem, as the solution will inevitably sacrifice the interests of some Americans and cause the loss of political votes, which is a price that the competing parties cannot afford. Thus, the Biden administration has directly replicated the Trump administration's strategy.

On August 24, US intelligence community released its report on the origin of the novel coronavirus, which does not exclude the possibility of lab leak and blames China for hindering investigation and refusing to share information. This has proven that the US is bent on following the wrong direction of political manipulation.

In essence, the report is the product of conspiracy of US and Western elites to cover up their failed governance. From the domestic political perspective, it is like the popular Republican epidemic propaganda, primarily designed to shift the blame that targets Democrats. From the policy perspective, the report is nothing but a stumbling stone for COVID policy coordination.

There has been a great deal of scientific research on the novel coronavirus, especially on its origin. On March 17, 2020, researchers published “The proximal origin of SARS-CoV-2” in Nature Medicine arguing that “the high-affinity binding of the SARS-CoV-2 spike protein to human ACE2 is most likely the result of natural selection on a human or human-like ACE2 that permits another optimal binding solution to arise. This is strong evidence that SARS-CoV-2 is not the product of purposeful manipulation.”

It is of great historic significance to dismiss the US COVID origin report. In the view of a health community for all humans, any individual or nation with conscience and responsibility needs to focus on the fight against the pandemic in a scientific manner and engage in productive cooperation on vaccine distribution, pandemic control, economic recovery and post-COVID development.