US hypocrisy on human rights

In August 2021, US troops hastily withdrew from Afghanistan. After 9/11, the US and its allies started the war in Afghanistan, resulting in high civilian casualties and a surge in the number of refugees. Twenty years of occupation have not brought peace to Afghanistan, but left behind a devastated country. When the occupiers left, the Afghan people will have to face a bitter future. United Nations officials are warning that a more serious humanitarian crisis is just beginning because of the shortage of basic survival supplies in Afghanistan.

Even in the last minutes of the frantic withdrawal, American airstrikes caused heavy civilian casualties. Ten members of an Afghan family were killed, including six children of whom the youngest was only two. Over the past two decades, the slaughter of civilians by US troops and their allies in Afghanistan has been exposed. For example, in 2010, US soldiers in Afghanistan formed "killing squads" to shoot innocent civilians for entertainment and cut off their fingers as trophies. In 2012, US soldier Robert Bales shot and killed 16 Afghan civilians in a village near the US encampment, and most of the victims were women and children. When the International Criminal Court (ICC) approved an investigation into war crimes and crimes against humanity by the US military and intelligence personnel in Afghanistan in March 2020, the US responded by imposing sanctions on the ICC and its staff. The grave human rights disaster brought by the US to the Afghan people in the past 20 years has once again clearly exposed the hypocrisy of the US on the human rights issue. 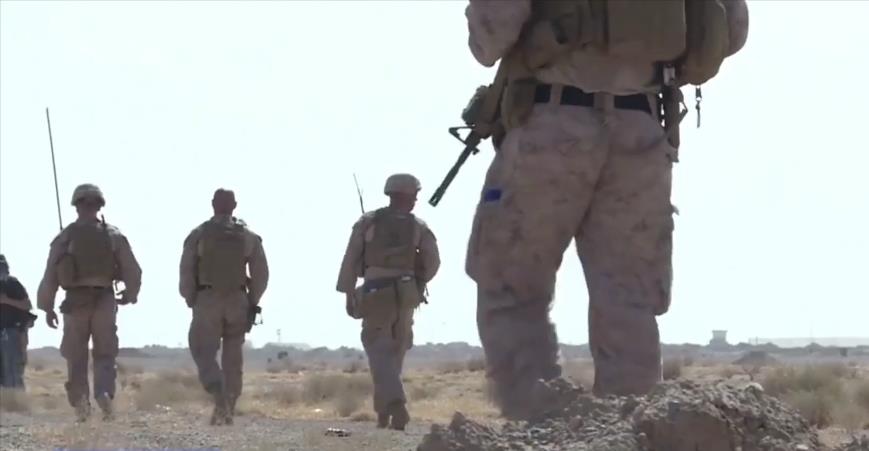 Human rights theory based on international Hegemony and instrumentalism

The US prides itself on being the "beacon of human rights" and often attacks other countries as "lecturers" and "defenders" of human rights. However, in fact, people who are familiar with world history and international affairs will see that the US often violates human rights under the guise of protecting them. In addition to military invasion, unilateral sanctions are an important weapon for the US to carry out its will in international affairs. From Cuba and Iran to Syria and Venezuela, almost every country in the world that refuses to bend to the will of the US is subject to unilateral sanctions by the US for "supporting terrorism" and "violating human rights." Under the dual impact of unilateral sanctions and the ravages of the pandemic, these countries are now in economic difficulties, their people's living conditions are deteriorating, and their lives and health are seriously threatened by restrictions on the import of medicines and medical supplies. UN experts pointed out that unilateral sanctions have seriously violated the human rights of people in the targeted countries, led to varying degrees of humanitarian crises, and affected the economic improvement and personal development of people in these countries. However, no matter how desperate the people of the sanctioned countries are, no matter how much the relevant UN agencies appeal, and no matter how much the majority of the world opposes, the US is going further and further to impose its own will through unilateral sanctions. From these facts, we can see that in order to achieve its strategic goals, the US does not hesitate to worsen or sacrifice the basic human rights of people in other countries. No matter how much the US advertise their human rights diplomacy, it is clear that the purpose of the US to wage war or impose sanctions is not to guarantee or improve human rights.

In international affairs, human rights in the US have been increasingly instrumentalized. First, human rights have become a tool for the US to exclude others. For countries with ideological differences or unwilling to bend to the will of the US, the common trick of the US is to stigmatize them on human rights and use its control over international public opinion to portray the latter as "evil countries" that violate human rights, followed by unilateral sanctions or even military invasion.

Second, human rights have become a tool for the US to form cliques. The US publishes an annual "Country Reports on Human Rights Practices". While it attacks alien countries with groundless accusations, it gently treats and even turns a blind eye to the human rights problems of its allies. Australia's Special Forces used brutal measures such as "cutting-throat" in non-combat situations, killing 39 Afghan civilians; more than 100 remains of children who were brutally abused have been discovered at former Indigenous residential boarding schools in Canada. When these real crimes against humanity and racial cleansing are exposed to the world, the US-led Western countries are surprisingly calm. The relationship between the US and its allies has been further strengthened by covering up each other on human rights.

Third, human rights became a tool for the US to maintain hegemony. In recent years, the US has continued to sensationalize the Xinjiang issue, fabricating facts to support charges of "human rights violations" and "forced labor," and imposed several rounds of sanctions on Chinese officials, institutions, and enterprises related to Xinjiang. Under the guise of "resisting forced labor," the US has encouraged the international community to boycott Xinjiang's cotton products, tomato products, and photovoltaic industry. The US has repeatedly used the human rights issue to attack China, which clearly shows its intention to suppress China's development, undermine the stability of China's border areas and maintain its hegemony in the world. 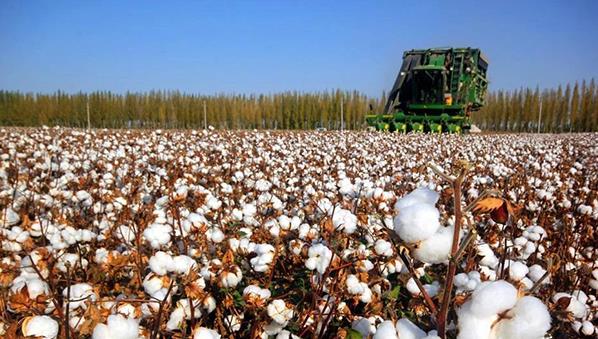 Hypocrisy of US constitutional protection of human rights

Human rights are the rights that all people should enjoy as human beings, and universality and equality are their basic characteristics. However, racial discrimination is a chronic disease in the protection of human rights in the US, which fully demonstrates that human rights in different groups in the US are neither universal nor equal. Institutional, systematic, and structural racism has long existed in US society, especially the racial discrimination in law enforcement and social justice, which directly threatens the personal rights and life rights of the minorities. In May 2020, George Floyd, an African-American, was suffocated to death with a white police officer kneeled on his neck, sparking massive protests across the US. The UN and other agencies jointly condemned the killings of George Floyd and other African-Americans involving impunity, particular disregard or depravity toward human life, and the use of public spaces to assert racial control, each characteristic of lynching. Facing such tragedies, the US government and mainstream society have yet not shown the will to reverse racial inequality.

Protesters are arrested by police in Minneapolis, Minnesota, US, May 31, 2020. (News Source: Xinhua)

In the current COVID-19 response, a combination of capitalist interests, political fragmentation, and a one-sided liberalist view of human rights has contributed to confirmed cases and deaths in the US leading the world. The US government's unscientific, unequal and irresponsible pandemic prevention and control measures have caused immeasurable pain for its people and undermined their rights to life and health. Among them, ethnic minorities, the economically disadvantaged, the elderly, and other vulnerable groups are more seriously affected, with a significantly higher mortality rate than other groups in the US. Statistics show that Hispanics have a particularly high rate of COVID-19 infections, while African-Americans have a particularly high rate of COVID-19 deaths; People in long-term care facilities, like nursing homes, take up less than 1% of the US population, yet they account for more than 40% of COVID-19 deaths.

Contributed by Hao Yaming, a distinguished professor of Guizhou Minzu University and a distinguished researcher of Tianjin Research Center for Theoretical System of Socialism with Chinese Characteristics 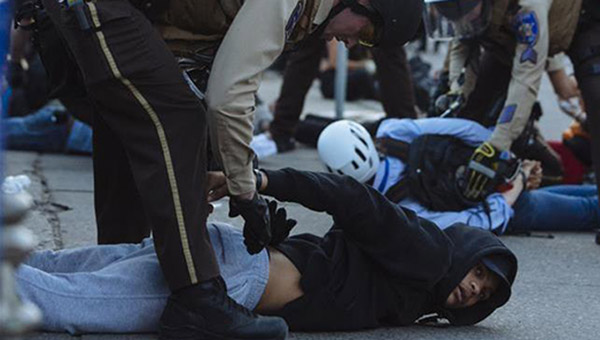